The Asian Infrastructure Investment Bank plays a useful role in burnishing China’s image, its president acknowledges, even as he warns that Canada would hurt itself by leaving an international institution that critics have called a tool of Beijing.

Ottawa’s 1-per-cent membership in the bank, which involves a pledge of US$995-million, is “part of Canada’s contribution to development,” said Jin Liqun, the bank’s founding head. If a Canadian government were to pull out of the bank, as opposition critics have pledged to do, “something would happen to the reputation of Canada,” he warned in an interview.

The AIIB occupies a unique place in China, rooted in a country that has been condemned for coercive foreign relations while its leaders proclaim steadfast adherence to principles of globalization and open trade.

It has, in the span of a half-decade, established itself as an important international institution, and under Mr. Jin, the bank wants to further intertwine its interests with those of Canada. Mr. Jin described the planned issuance of a Canadian dollar-denominated “maple bond” – although no amount or date have been set – and the bank has recently invited Canadian businesses to information sessions to encourage their participation. Toronto-Dominion Bank, Bank of Montreal, Royal Bank of Canada and Hatch have all done work for the bank.

Little of this is likely to satisfy critics in Canada, who have called the bank a Trojan horse for Beijing. Erin O’Toole, the Conservative Leader, has repeatedly called for the cancellation of Canadian participation, while the department of Global Affairs itself has warned that Beijing has built the bank in part “to leverage its economic prowess to gain regional influence and export its model of governance around the world.”

“Canada should never have joined the AIIB,” Conservative foreign affairs critic Michael Chong said in a recent interview. “Canada should not be supporting China’s push for greater power,” he said, particularly at a time when “China has been acting in a belligerent and threatening way, not just to Canadian interests, but also to the interests of many nations in the region.”

It’s not clear how much resonance, if any, such views have in Beijing, where the bank is now operating from its showy new headquarters, in a 4.2 million-square-foot complex financed by China, built on land owned by the capital city and featuring, in one soaring ground-floor atrium, a weighty crescent of stone specially transported here after it was hewn from Taishan, one of the country’s most sacred Buddhist mountains.

The bank’s upper management ranks are stacked with foreign citizens, while its offices boast people of 52 nationalities, who speak English as a working language. An American lawyer drafted its articles of agreement. Its debarment list, which openly bans companies convicted of fraud from bidding on contracts, spans 53 pages online, including 143 Canadian entities – the bulk of them various arms of SNC-Lavalin.

Mr. Jin himself embodies the shape of the bank he has worked to build: a Chinese citizen who calls himself an “international civil servant,” he speaks British-accented English and peppers his speech with Shakespeare references – “It’s one thing to be tempted, it’s another to fall,” he says, a Measure for Measure paraphrase marshalled as a warning against Ottawa abandoning the bank.

The AIIB has, under his leadership, grown to 83 members, approved US$22-billion in financing, attained AAA credit ratings from the world’s biggest agencies and committed to investing half its annual financing toward climate-change-related projects by 2025.

Its funds have gone to Beijing’s friends and rivals alike, with 20 approved projects in India – the destination for nearly one-third of the bank’s funds to date; six in Pakistan; 11 in Bangladesh and just four in China itself. Just more than half of those projects have been funded in concert with other institutions, including the World Bank and the Asian Development Bank.

“A lot of the projects are having tangible benefits,” he said, pointing to sewage upgrades in Jakarta, electrification in rural India and the expansion of solar power in Egypt.

The AIIB is also “doing some important groundwork on international norms and standards, doing things China can learn from,” he said.

For Canada, “Why would we want to pull out of that?”

The Liberal government, too, has stood by the bank. In January, Liberal MP Kevin Lamoureux, complimented the bank for investing “in flood proofing for the Philippines” when it was in need.

Skeptics, however, question the rewards China itself is reaping from the bank’s work, while expressing doubt that Beijing will allow the AIIB to continue on its current course. The bank amounts to China’s “economic statecraft version of Hong Kong,” a place that could give China “a friendly face and a friendly hand to the West,” said Jonathan Berkshire Miller, an international affairs specialist who does work for the Asia Pacific Foundation of Canada and the Macdonald-Laurier Institute.

Similarly, the AIIB “is providing that dividend to the Chinese, where it’s saying, ‘Look, everything China is involved in is not the boogeyman.’”

Hong Kong’s status, however, is changing after Beijing, in the aftermath of violent protests, imposed a national security law this year that has been used to silence and arrest prominent pro-democracy figures.

Mr. Jin, however, argues that the AIIB is only valuable to Beijing if it continues in its current mould. The “bank’s very good reputation is good for China, because China would like to build up its image of being internationally responsible, pushing for multilateralism,” he said. Would it be “in China’s interests,” he asks, to go back on that?

Mr. Jin was recently elected to a second five-year term, his last. His plan for the next half-decade offers much in common with current Canadian government priorities. By 2025, half of the bank’s financing will be used to combat climate change, while it also seeks to expand its mandate by investing in social infrastructure, with financing for health care and vocational education.

Other priorities include promoting gender balance “in the bank and also in our countries which we work for,” Mr. Jin said. The bank currently counts no women in its senior management.

And with or without Canada, the AIIB is preparing for growth. Its headquarters give it space for 2,000 people – nearly seven times its current work force – and Mr. Jin has said he expects an acceleration in lending, up to US$20-billion a year.

Still, he says, “I hope at the end of my second term, Canada remains a member.” 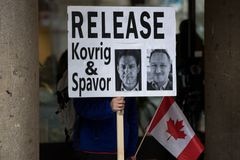 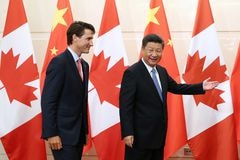 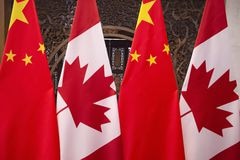