The Canadian-led investor group that has purchased the maker of the Canadarm says it foresees strong revenue growth and an eventual initial public offering, presenting a rare bright outlook amid the grim pandemic-related economic landscape.

The deal, announced in December, represents a return to Canadian ownership of one of the country’s enduring high-technology companies, founded in 1969 by University of British Columbia professor John Spencer MacDonald and physics graduate Vern Dettwiler.

“MDA’s foundations are excellent, and with the right strategy the company can be a global leader in the space race for satellites, robotics and earth observation,” Mr. Balsillie said. “Space is a trillion-dollar industry and Canada should have a national champion.”

It is also a bet that MDA will play a critical role in what has been called a new space race as some of the world’s leading technology companies look to the skies for opportunities. MDA is one of the world’s leading suppliers of space robotics and radar, and antennae and ground systems to space agencies, militaries and commercial satellite customers, and of earth imaging data to a range of buyers.

“We look for companies that can grow materially, three to five times bigger than they are, and we certainly think that opportunity exists here," said Northern CEO Andrew Lapham. He and Mr. Risley, as well as Mr. Balsillie, are joining MDA’s board. “Rarely do you find an opportunity to buy a leading company like this at a reasonable price.”

He added MDA “is highly likely to be a public company again. I don’t know the exact timeline, but it’s not [as long as] 10 years. We think the public markets is the right home for this at some point.”

MDA’s ownership was a thorny issue for Ottawa for years because of its control of important surveillance technology. The government in 2008 rejected the proposed sale of MDA to U.S.-based Alliant Techsystems Inc. In an effort to secure more U.S. government work, MDA bought two U.S. satellite companies, changed its name to Maxar, reincorporated in the U.S. in 2018 and moved its headquarters to Denver. Maxar, however, insisted that MDA operated as an independent unit, with Canada retaining control of its Radarsat-2 satellite used to monitor the Far North.

MDA, which generated about US$367-million in revenue and US$26-million in income after tax last year, saw revenues decline last year as its latest Radarsat contract concluded with the launch of a three-satellite “constellation” for the Canadian government last June. But the business appears relatively better positioned to weather both the economic meltdown thanks to long-term contracts, an array of new and impending deals from both public and private-sector customers, and the fact much of its work for defence and communication purposes is considered critical, said Mike Greenley, who oversaw the MDA division at Maxar and has been named CEO of the standalone company. The space industry is also “a good place for the government to continue to spend money" to stimulate economic growth during the eventual recovery, he added.

MDA last month received a $190-million, four-year order to support robotic operations on the international space station. It is expected to win the impending contract from the Canadian government to provide the robotic arm – the “Canadarm 3” – for a planned NASA space station to orbit the moon.

MDA is partnered with U.S. defence giant Lockheed Martin Corp. to provide the electronic warfare systems technology on new ships being supplied to rebuild Canada’s naval fleet. It is a key component supplier to Canadian satellite operator Telesat Canada as it launches a constellation of “low earth orbit” (LEO) satellites – flying between 500 and 2,000 kilometres above the earth’s surface – in the coming years.

Global heavyweights including Elon Musk’s Space Exploration Technologies Corp, Amazon.com Inc. and Apple Inc. are also looking to crowd the skies with thousands of small LEO satellites to deliver internet connectivity from space directly to customers – although some industry watchers question whether the business model will work, given past failed efforts by Iridium, Teledesic, Globalstar and others.

Facebook Inc., Microsoft Corp. and Alphabet Inc.’s Google are also exploring satellite deployments. Plans by the U.S. government to install a “space force” military command higher up in Earth’s orbit and the potential growth of “space tourism” could also translate into more business.

“We’re now entering a period of sustained growth over the next several years,” Mr. Greenley said. He added the company, which has 1,900 employees spread between Vancouver, Montreal, Brampton, Ont., Halifax and Ottawa, as well as a small number in Britain, still hasn’t determined where its headquarters will be located. 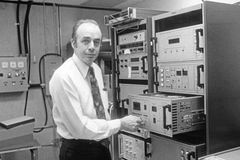 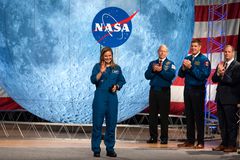