MDA Inc., maker of the iconic Canadarm, plans to file for an initial public offering in coming days as its private equity owners tap investor interest in space-based technology plays.

MDA, based in Brampton, Ont., and formerly known as MacDonald, Dettwiler and Associates, is a leading player in the rapidly expanding commercial satellite industry. With entrepreneurs Elon Musk and Jeff Bezos creating a buzz around the sector by investing in space as the final frontier for business, MDA’s controlling shareholder Northern Private Capital wants to raise money to pay down debt and bid on new projects, including Canadian government work, by listing on the Toronto Stock Exchange.

BMO Capital Markets, Scotia Capital Inc. and New York-based Morgan Stanley are among the investment dealers leading the IPO, according to five sources working on the offering. The Globe and Mail is not naming the sources because they are not authorized to speak for MDA and the underwriters. The financing is expected to see MDA raise several hundred million dollars, and the company is expected to begin meetings with potential investors next week.

Two Canadian banks lent Northern Private Capital the money it needed to buy MDA for $1-billion in December, 2019, from Colorado-based Maxar Technologies Inc. On Wednesday, MDA and its backers declined to comment on their plans.

MDA only plans to list shares on the Toronto Stock Exchange. In contrast, domestic tech companies such as Telus International Inc. , which went public last month, and Shopify Inc. trade on both the Toronto and New York exchanges, a strategy meant to boost their profile with U.S. investors.

MDA is opting for a made-in-Canada approach to stress its domestic roots when pitching for contracts from the federal government, one of the company’s major customers, according to the sources. The company was founded in 1969 by University of British Columbia professor John MacDonald and physics graduate Vern Dettwiler, and traded for many years on the TSX, before being delisted in 2019.

Last month, MDA won a mandate from the federal Department of Fisheries and Oceans to build satellite technology that tracks illegal fishing in Canadian waters. MDA runs the “dark vessel detection program,” which spots boats that have turned off their location transmitters to evade monitoring. The company also recently landed a $60-millon contract to build systems that protect the next generation of Canadian navy ships from laser and optical-guided threats.

Over the past 18 months, a number of Canadian tech companies, including payment processor Nuvei Corp. and cloud technology business Lightspeed POS Inc. , successfully raised capital by listing only on the TSX, while attracting a significant share of U.S. investors.

“The Canadian market can now attract foreign capital like never before,” said Chris Arsenault, a partner at Inovia Capital in Montreal, which backed Lightspeed. He said a well-priced initial public offering can both attract international fund managers and “reach the Canadian, patient, long-term investor base.”

In February, MDA also announced that Ottawa-based Telesat, which itself is planning to go public, chose the the company to manufacture the phased array antennas for its constellation of low-Earth orbit satellites, dubbed Lightspeed, which will beam high-speed internet to remote areas. The system will compete with Mr. Musk’s Starlink to build networks with thousands of communications satellites. 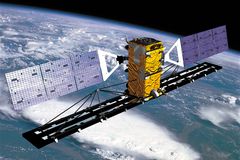 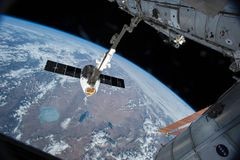