Canadian airlines are pushing for a wide-ranging aid package to help their industry weather the novel coronavirus pandemic as anxiety builds that the country’s wider air transport system is at risk of collapse without government intervention.

Air Canada, WestJet and smaller carriers are seeking all forms of help from the federal government, including direct and indirect subsidies, loans and tax relief – for both the short-term and longer-term, said one senior industry official familiar with the communications between the airlines and Ottawa.

The National Airlines Council of Canada (NACC), which represents the four largest air transporters, has also publicly called for an immediate pause in non-pandemic-related regulatory changes.

The combined value of the financial help being sought is unclear because individual carriers are not sharing their company-specific requests but it is certainly in the billions of dollars, the official said Saturday. The Globe and Mail is not identifying the person because they were not authorized to speak about the situation.

The NACC declined to comment. The airlines referred to recent statements outlining their need for aid but declined to elaborate.

The groups urged the government to consider measures similar to those under the U.S. emergency relief legislation, including that affected workers are to be provided top-up benefits where 80 per cent of wages are guaranteed while health benefit plans are maintained. They also want any government support to be accompanied by tight restrictions on executive compensation and shareholder-friendly policies such as dividend payments and share buybacks.

Aid is being sought to keep Canada’s air travel companies afloat and able to meet their financial obligations but also to allow the system to recover after the pandemic passes. The thinking is that if the companies have no cash, a restart of operations will be slow even if there is pent-up demand.

Canadian airlines have laid off thousands of people, parked planes and suspended routes to preserve cash amid an unprecedented shutdown of borders by governments seeking to limit the spread of the COVID-19 pandemic. Before the virus struck, the Canadian industry employed about 46,000 people.

The International Air Transport Association says revenue losses for the industry globally will reach US$252-billion, a 40-per-cent drop, if government-imposed travel restrictions are in place for three months. The world’s 290 airlines need a combined bailout worth US$200-billion, the Montreal-based trade group says.

Mr. Morneau has made several mentions in recent weeks of the need to help the industry but no specific aid package has yet been announced. Airline representatives are expressing growing frustration about the delay.

The United States has earmarked roughly US$62-billion for the U.S. air travel sector as part of a US$2-trillion economic rescue bill signed Friday by President Donald Trump. Several other countries have also announced aid for airlines, including Australia (US$430-million) and Hong Kong (US$206-million).

“What we’re getting so far is we feel your pain and we’re working on it but we haven’t seen anything,” said John McKenna, president of the Air Transport Association of Canada, which represents about 30 smaller carriers including Harbour Air and Porter Airlines. “We’d be happy to see anything on the horizon at this point.”

Airlines, unions and airport authorities say government aid is needed to save jobs, businesses and key transportation links that enable travel and trade. The country’s air transport infrastructure, including airports and air-traffic control, is financed entirely by users through things such as landing fees charged to carriers and airport-improvement fees charged to travellers.

Canada’s four largest airports are particularly vulnerable because they have taken on more than $12-billion in debt combined to finance expansion projects over the past decade and depend on airlines using their facilities. Authorities running the airfields are asking the federal government, which owns the facilities, for free rent for one year among other measures to counter the revenue shortage.

“The Canadian airline industry will get government support and likely in the form of loan guarantees, possibly some tax relief too,” said former WestJet chief executive Gregg Saretsky. “Canada usually follows the U.S. on matters such as these, and the U.S. has made firm commitments of support.”

Airlines drive travel and tourism in Canada and support more than $90-billion in direct and related economic activity per year, according to estimates. It delivers customers to airports, hotels and home-stay companies such as Airbnb, as well as for cruise lines, restaurants and bars, tour operators, tourist attractions, taxis, trade shows and more.

“Airlines employ a lot of people. Politically, it’s difficult to ignore them and accept that they could fail,” said Jacques Roy, a transport management specialist at Montreal’s HEC business school. “We don’t want that to happen and I don’t think that will happen. … That said, there’s a long lineup of people asking for government help right now.” 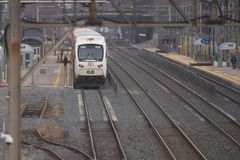 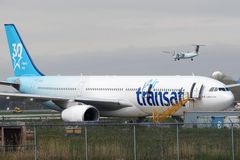 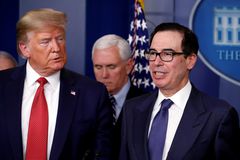