Scott Stirrett
Contributed to The Globe and Mail
Published May 30, 2021 Updated May 30, 2021
Comments
Text Size
Please log in to listen to this story. Also available in French and Mandarin. Log In Create Free Account

Founder and chief executive officer of Venture for Canada, a charity that fosters entrepreneurial skills in young Canadians

Canada is a world leader in real estate price inflation. Since 2000, Canada’s housing prices increased in real terms by 168 per cent, compared with price growth of 55 per cent in the United States. Canada’s national housing agency predicts that home prices could surge by a further 14 per cent over the next year.

Canadians are spending so much on housing that they have limited ability to spend elsewhere. According to a recent report from National Bank of Canada, the typical homebuyer in Toronto spends 56 per cent of their income on mortgage payments. In Vancouver, it’s 64 per cent; in Hamilton, it’s 34 per cent; and in Victoria, it’s 58 per cent. During the pandemic, real estate prices increased rapidly in small towns and rural communities, meaning even more Canadians are struggling with housing affordability.

A study from the Bank of England found that “mortgage debt diminishes the likelihood of entrepreneurship by amplifying risk aversion,” and that this “may hinder economic activities and adversely affect the general economy.”

Moreover, high housing costs can reduce your liquid savings, meaning you have less resources to invest in launching a new business. The report observed that an increase of £32,000 ($55,000) in mortgage debt reduced the probability of an individual pursuing entrepreneurship in Britain by between 10 per cent and 12 per cent.

Having your wealth concentrated in real estate exposes you to a housing market crash, thereby enhancing your financial risk and decreasing your probability of pursuing entrepreneurship. Even if homeowners were more likely to pursue entrepreneurship, 37 per cent of Canadian families don’t own their homes and do not benefit from the rise in real estate prices.

At Venture for Canada, we support thousands of young Canadians to launch their careers and we see first-hand how the high costs of housing deter many from taking risks and being entrepreneurial. The higher one’s housing costs, either mortgage or rent, the less likely one is to take significant risks. Having reliable income sources is essential for young people to cover housing payments.

Entrepreneurship is integral to Canada’s future prosperity as it catalyzes productivity and creates jobs. Canada’s housing bubble influences thousands of young Canadians to turn away from entrepreneurship, leading to untold negative consequences for years to come.

Nobel laureate Paul Krugman once wrote that “productivity isn’t everything, but in the long run, it’s almost everything. A country’s ability to improve its standard of living over time depends almost entirely on its ability to raise its output per worker.” New firms enhance productivity by introducing technological innovations, displacing inefficient incumbents, creating whole new industries, and placing competitive pressure on existing firms to improve performance.

Also, according to the Brookfield Institute for Innovation + Entrepreneurship, 42 per cent of the Canadian labour force is at high risk of having their jobs automated over the next 10 to 20 years.

In light of these trends, it is increasingly essential to foster entrepreneurship to build high-growth firms that create new jobs so that all Canadians have the opportunity to find meaningful employment and meet their basic needs.

While real estate is an important sector, Canadians cannot overly rely on ever-increasing home prices to sustain our economy. Instead, we need to create the conditions for entrepreneurs to build innovative firms. We need sufficient resources to invest in essential public services and enhance our national living standards.

Opinion
COVID-19 has destroyed countless small businesses. But entrepreneurship has always been about rebirth
April 20, 2020 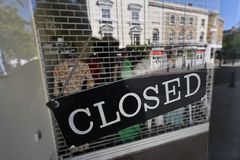 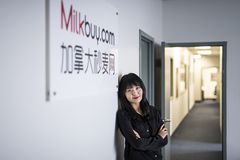 With my business on the brink, I was about to get a lesson on the dark side of entrepreneurship
March 17, 2019