Canada’s six largest banks will cut back operating hours and reduce the number of branches open to the public, dramatic moves to limit in-person banking interactions and create a “reserve” of healthy employees who are able to keep banks running in the event that certain branches are affected by COVID-19.

Bank of Montreal said on Tuesday that it will temporarily close around 130 bank branches, approximately 15 per cent of its branch network in Canada. It will also cut operating hours, although the new hours have not yet been announced.

“This will take effect over the coming days with a focus on maintaining services in rural areas and small towns,” BMO said in a statement.

The Royal Bank of Canada said on Tuesday that it will temporarily close “a number of branches, starting this week,” although it did not specify how many. “RBC is making decisions on which branches will close in consultation with local RBC leaders,” the bank said in a statement.

Canadian Imperial Bank of Commerce said late Monday night that it would close 206 “adviser centres,” which do not offer over-the-counter teller services. CIBC’s other 816 banking centres will remain open to customers, although they will operate with reduced weekday hours of 10 a.m. to 4 p.m.

National Bank of Canada will announce measures on Wednesday, a spokesperson said. Bank of Nova Scotia and Toronto-Dominion Bank did not respond to requests for comment.

In a statement on Tuesday morning, the Canadian Bankers Association said Canada’s Big Six banks “will be working together to temporarily limit operating hours and reduce the number of branches, while maintaining critical services for customers."

Special care will be given to branches in rural communities, the CBA said, and many banking services will continue to be available through bank machines, mobile apps, online and over the phone.

“Banks are making a responsible decision to minimize person-to-person interaction through a strategic, co-ordinated approach that achieves the objective of social distancing while continuing to provide the full range of banking services that customers need now,” CBA president and chief executive Neil Parmenter said in a statement.

In explaining the rationale for CIBC’s branch closings – which will affect around 1,200 employees – CIBC’s senior vice-president of personal and business banking, Laura Dottori-Attanasio, said the moves would create a “reserve” of healthy employees who “can go into work if ever we have some employees be exposed [at open branches].” She added that CIBC would continue to pay affected workers.

BMO will also continue to pay employees affected by the closings, a bank spokesman said.

Big banks are not alone in changing how they operate to cope with the spread of the coronavirus. On Monday, Quebec credit union Desjardins Group said that it was cutting its physical “points of service” for in-person meetings to 349 from 872.

“It is worth mentioning that before the current situation, 92 per cent of transactions at Desjardins were online or automated,” the company said in a statement.

Vancouver City Savings Credit Union, the largest credit union in the country, said that it is “looking at various options” to contribute to social-distancing measures, and intends to announce a plan on Wednesday.

“This includes looking at a mix of potential branch closures and/or potential reduced branch hours,” a spokeswoman said. She added that Vancity has waived e-transfer and ATM fees until April 30 to encourage remote banking.

The announcements come as an increasing number of bank employees have been asked to work from home. CIBC, for instance, on Monday introduced a work-from-home policy for employees who don’t interact face to face with clients.

“We’ve also increased the capacity at our call centres, and what we’re finding is that most clients don’t want to be going into a branch at this point, either,” Ms. Dottori-Attanasio said.

A number of banks also announced measures this week to support customers hard-hit by illness or job loss, revising policies that were developed during the 2008-2009 financial crisis or in response to natural disasters such as flooding and forest fires. These measures, which will be applied on a client-by-client basis, include waiving certain fees and deferring payments on loans and mortgages. 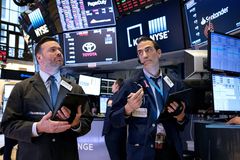 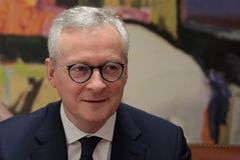 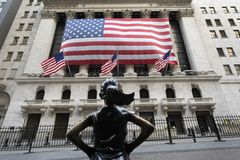