The public servant charged with modernizing the Canadian government’s digital infrastructure is leaving to join one of Canada’s most promising artificial-intelligence startups.

Alex Benay, Canada’s chief information officer, told his staff Wednesday he will become chief client officer at Mindbridge Analytics Inc., an Ottawa-based company using AI to transform how auditors and financial regulators unearth fraud and irregularities. The company said in June it had raised $15.1-million in venture-capital financing and secured a federal government funding commitment of $14.5-million to be paid over seven years.

“This opportunity was not part of the plan but it’s hard to pass up,” said Mr. Benay, who became the government’s CIO in 2017 after stints as chief executive officer of Canada Science and Technology Museums Corp. and vice-president with Waterloo-based software giant Open Text Corp. “The product is maturing, the impact on people is amazing, the team is growing and the money is there.”

He said he was drawn to “something that had equivalent impact to the Government of Canada [with] the mission and the mandate and the possibility of doing good.”

The 38-year-old Mr. Benay, who starts at Mindbridge next month, is the latest in a string of star hires by the company, founded by young entrepreneur Solon Angel in 2015. Veteran Ottawa tech senior executive and entrepreneur Eli Fathi joined early on as chief executive officer, drawn to the opportunity to transform the auditing industry with AI. Mr. Fathi recruited Robin Grosset, former chief architect of Watson Analytics at IBM, in 2016, and last month hired Miyo Yamashita, a managing partner with professional services firm Deloitte, as chief strategy officer.

“We needed two key hires of Robin’s stature to grow globally: Someone on the strategic side to navigate the next three to five years, and someone to execute it,” Mr. Fathi said. “This brings skills of people that have done it before for large organizations to a small organization so we can become big."

Mindbridge’s software helps auditors by automatically reviewing all accounting entries within an assignment, such as an audit of a company’s general ledger. That compares with the standard practice whereby auditors manually review a small fraction of transactions. The software flags irregularities or questionable entries for auditors to examine more closely. Mindbridge says the tool is not meant to replace auditors but make them more effective.

The 111-person company has 260 certified public accounting firm customers in 14 countries and has done projects for the Bank of England and Payments Canada, the body that oversees funds movements between Canadian financial institutions. Ms. Yamashita said the company’s strategy is to help organizations "understand the story of the data that’s important to their business.”

As Ottawa’s CIO, Mr. Benay’s mandate was to shake up and modernize Ottawa’s dated information-technology infrastructure and related laws and policies. On his watch, the government adopted a “cloud first” strategy – enabling departments to use private and public cloud services offered by the likes of Amazon and Google – and experimented with technologies such as blockchain and AI. Mr. Benay spearheaded the process to find a replacement for the failed Phoenix payroll system and co-founded, with former BlackBerry CEO Jim Balsillie, the CIO Strategy Council, a body of Canadian CIOs trying to spur adoption of digital innovations in their organizations.

“Alex is a true champion of Canadian technology and a great example of a can-do, dynamic public servant that’s thinking about the modern economy of intellectual property and data and designing policies for it,” Mr. Balsillie said. “Ottawa still has a long way to go in understanding the knowledge-based economy and data-driven society, but I have been impressed at his willingness to get things done." 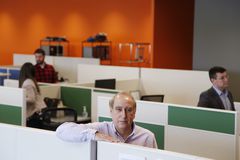 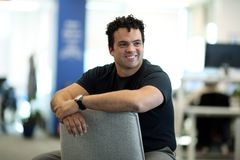