Canada’s competition watchdog has taken a lead role in an international effort on whether applying gender analysis to antitrust work could lead to improved outcomes for women, such as increased labour participation or protection from predatory pricing practices.

While the idea of applying a gender lens to competition analysis is still in its infancy, the federal government and Competition Bureau are supporting a call for research proposals on the topic at the Organization for Economic Co-operation and Development (OECD).

“We’re hoping this will lead to a lot more examples and some really deep research on what precisely could be done to make sure we are doing competition policy with a more gender-inclusive approach,” says Chris Pike, a competition expert with the OECD who is leading the organization’s efforts on the issue.

There is scant existing research on gender and antitrust regulation, but proponents of digging deeper into the subject often point to a 2014 study by Japan’s competition regulator, which examined the country’s child-care sector.

It found that unnecessary regulations and restrictions on competition in the industry made the service expensive and limited availability. Those outcomes disproportionately affected women, who are primarily responsible for child care in Japan. The regulator recommended steps to increase competition in the sector, something that could lead to greater work-force participation by women.

Proponents say these concepts should also extend beyond gender alone: Rebecca Slaughter, a commissioner with the U.S. Federal Trade Commission, recently posted a series of tweets on how antitrust laws could play a role in advancing racial equity. She noted that Black-owned businesses and Black consumers are systemically underrepresented, adding, “we know our markets are not fair.”

Nadia Vassos, senior competition law officer with the Bureau’s International Affairs Directorate, is Canada’s lead negotiator on competition chapters in trade agreements. Two years ago, she says, the federal government asked each lead trade negotiator to analyze their respective chapters for gender effects. She initially assumed there would not be any gender concerns in competition analysis, which traditionally treats consumers and markets as neutral.

“My gut instinct was obviously wrong, since we’re still talking about this,” Ms. Vassos says.

She found there was little written on the subject, but did come across a blog post written by Mr. Pike. The post asked “what’s gender got to do with competition policy?” and reflected on a number of areas where it could be relevant. Examples included barriers or outright restrictions on women owning businesses and algorithms that evaluate willingness to pay and charge higher prices for women.

Mr. Pike later co-wrote a paper on the topic, along with Estefania Santacreu-Vasut, associate professor of economics at ESSEC Business School in Paris. They argued that competition authorities could promote gender equality by prioritizing cases in specific markets that are important to women. This could begin with obvious categories such as child care and elder care, but also extend to areas such as financial markets.

Ms. Vassos says the Competition Bureau has already begun using gender analysis in some of its work; for a study it conducted on the broadband internet market, the regulator segregated the results of a survey by gender. The goal was to see if consumer habits varied by gender, and the bureau concluded that women were more likely than men to report that they share decision-making responsibilities in their households.

“The lesson was that adding a few questions up front was a fairly simple, cost-effective way of putting a gender consideration into this work. It allowed us to get a more nuanced understanding of how different groups purchase services,” she said.

Still, she said, more research and analysis is needed to anchor evidence-based policy. To that end, the federal Innovation department provided a $300,000 research grant to the OECD in support of a two-year project on gender-inclusive competition policy, said Jayme Albert, senior communications adviser with the Competition Bureau. The deadline for the OECD’s initial call for proposals is Oct. 1.

“It’s an interesting time to talk about these issues, because the impact of the COVID-19 pandemic has been disproportionately on women,” says Anita Banicevic, a competition law partner at Davies. Gender-inclusive competition policy could help promote a recovery for women by prioritizing access to child and elder care as well as financial backing for female entrepreneurs, she said. 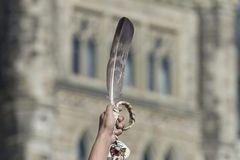 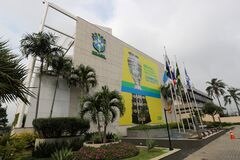 Canadians are increasingly seeking stances on social issues from their employers
August 7, 2020 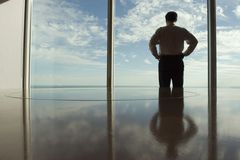