Justin Trudeau’s government is about to find itself in the middle of a fight between Donald Trump and the State of California, with its enthusiasm to be a leader in fighting climate change tested in the process.

Early in 2020, the U.S. President’s administration will release new, relatively lax standards for the reduction of carbon emissions from cars and light-duty trucks. And when it does, Canada will be confronted with a decision.

The federal government could stick with its current policy of aligning Canadian vehicle standards with the American ones. Or it could break with that decades-old practice and side with a group of U.S. states, led by California, that are attempting to maintain something closer to the ambitious emissions policy – involving average fuel-efficiency improvements of about 5 per cent annually – put in place under then-president Barack Obama.

It’s a choice that will epitomize Mr. Trudeau’s dilemma in balancing his promise to prioritize climate change in his new mandate with short-term economic and political considerations.

Break with Mr. Trump on a matter that will help shape the North American auto market, and Ottawa could be blamed for domestic job losses or reduced consumer choice. But avoid conflict with Washington now, try to wait out the Trump era in hope of stronger American leadership on emissions reduction, and the Prime Minister will make it harder for Canada to achieve its emissions-reductions commitments under the Paris Agreement – and arguably pass up a rare chance for this country to help reduce emissions outside its borders.

Last June, Mr. Trudeau’s government seemed to signal that the environmental considerations would take priority, by signing a memorandum of understanding (MOU) with California – which has a history of being granted state-level autonomy to set more ambitious environmental policy than Washington’s – pledging collaboration on vehicle emissions. That was after Mr. Trump had communicated his intention to abandon Mr. Obama’s plan to continue raising fuel-efficiency standards (such that by 2025 each automaker would have had to have an average fuel efficiency of 54.5 miles a gallon for vehicles in its fleet to avoid paying penalties) in favour of freezing the standards at 2021 levels of 37 miles a gallon.

To environmentalists on this side of the border, the MOU was cause for some relief. To have a chance of meeting its commitments under the Paris Agreement, Canada needs to reverse the trajectory of its vehicle emissions, which have risen in recent years owing to more drivers and the growing dominance of SUVs and light trucks over sedans. According to a federal report on greenhouse gas emissions released earlier this month, emissions from road transportation in Canada went up from 130 megatonnes in 2005 to 144 Mt in 2017, placing transportation alongside oil and gas extraction as one of the few sectors that has seen increases rather than decreases over that period.​

Higher standards are supposed to be key to that reversal, by forcing automakers to meet average requirements through improved fuel-efficiency technology and greater sales of electric vehicles. Were the standards frozen at 2021 levels, environmental groups have warned, Ottawa would effectively forgo two-thirds of the greenhouse gas emissions from the transportation sector that it has pledged to eliminate by 2030 – 10 Mt of the 15 Mt.

Meanwhile, for Americans fighting Mr. Trump on climate change, having a continental ally was seen as an important part of the battle.

“From the U.S. side, there was a lot of great excitement about collaboration with Canada,” says Emily Wimberger, until recently the chief economist for the California Air Resources Board, which sets the state’s vehicle policy.

Others point out that adding Canada’s share of the North American market to that of California and 12 other states following its lead could put nearly half the Canada-U.S. car-buying public under a higher standard than Mr. Trump’s, conceivably helping push automakers to simplify matters by adopting that higher standard everywhere.

“If you have Canada basically say ‘we are going to join California,'" says Margo Oge, who headed the U.S. Environmental Protection Agency’s transportation office under Mr. Obama, “I think that sends a huge message to the car companies.”

But Canada has not yet changed its current regulations, under which Mr. Trump’s new standards would automatically become this country’s. And since the MOU was signed, matters in the U.S. have gotten more fraught.

Originally expected to be released in 2019, Mr. Trump’s new standards – which Ottawa is awaiting before completing a scheduled review – have been delayed. It now appears they may not involve a complete freeze at 2021 levels, though they are still expected to be much weaker than Mr. Obama’s.

At the same time, the Trump administration has now moved to revoke California’s waiver allowing it to set its own vehicle-emissions policies – granted a half-century ago in recognition of unusually high air pollution there – leading to new legal battles that could last months, if not years.

And now, the fight between Washington and California has led to a rift in the auto sector. Shortly after Canada signed its MOU, four automakers – Honda, Ford, Volkswagen and BMW – reached a voluntary agreement with California to pursue fuel-efficiency standards only slightly less ambitious than the Obama ones (which prompted Mr. Trump’s Justice Department to launch an antitrust probe). Then other automakers announced they backed Mr. Trump’s attempt to revoke California’s authority.

Amid all this, officials in Mr. Trudeau’s government make clear they’re still weighing their options.

Asked for an update on vehicle-emissions plans, Environment Minister Jonathan Wilkinson responded with a statement referring to “a real opportunity to continue moving forward in an ambitious way,” including by “working closely with California … and 12 other U.S. states, who make up 40 per cent of the U.S. auto market and who are maintaining stronger fuel-efficiency standards.” But he left wiggle room, saying no decisions will be made until after Mr. Trump’s coming rules have been evaluated.

As it deliberates, Ottawa can expect to come under mounting pressure from the auto sector to wait and see.

From industry groups, the warning is that Canada risks being isolated if the Trump administration prevails in its legal battles.

Canada, those groups contend, is too small to expect automakers to produce vehicles just for its drivers. So to hit a more ambitious average standard here than in the United States, manufacturers might just pull back relatively low-efficiency models from Canadian dealerships, causing backlash among consumers who found popular vehicles unavailable.

The automotive lobby will further warn about introducing uncertainty into the Canadian manufacturing sector, which is both highly integrated with the American one and generally reliant on a large share of vehicles that it produces being sold in Canada. Were any of the five automakers that currently have plants in Ontario to cease or reduce operations citing disparate regulations, Mr. Trudeau’s Liberals could wear it.

“Canada has an obligation to its world-class automotive manufacturing sector to get this right,” says Flavio Volpe, who heads the Automotive Parts Manufacturers’ Association, which represents Canadian companies along the supply chain. “Right now, that means being careful to see which standard will define the bulk of the American market before committing.”

An additional argument for moving slowly is that a Democrat could replace Mr. Trump after November’s U.S. election and restore Mr. Obama’s approach.

But the challenge for the Liberals, in trying to wait out the legal or electoral fights in the U.S., is that the clock is ticking.

Automakers need to start preparing to meet the standard in 2022, the year Mr. Trump’s new rules will be slated to replace Mr. Obama’s.

If they operate on the premise that Mr. Trump’s will prevail, they won’t be able to readjust to more stringent ones on months’ notice. If at all, higher standards would have to be restored more gradually than was originally the plan – possibly too gradually for the 2030 Paris targets.

Getting manufacturers to instead assume they will need to meet a higher standard is where, to those who want to see Canada punch above its weight on climate matters, there lies intriguing opportunity.

Perhaps swiftly locking this country’s share of the market into the more stringent rules – and giving California a vote of confidence as it tries to keep rallying other states behind its approach – could help tip the balance as automakers game out how the continental market will look in the years ahead.

But as everyone else weighs the odds, Mr. Trudeau and his ministers will have to do so as well, in a way that will set the tone for their climate ambitions at the start of the new decade.

They will have to consider the worst-case scenario, in which Canada accidentally winds up with the continent’s highest vehicle standards.

And they will have to decide whether that degree of leadership, more than they bargained for when they inked that agreement with California last summer, is one they would be prepared to own. 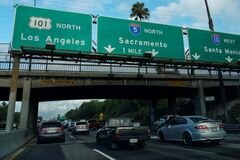 As U.S. prepares to allow higher auto emissions, Canada is at a fuel-efficiency crossroads
Subscriber content
May 5, 2019 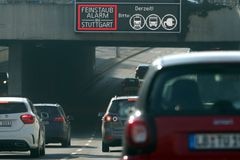