A dramatic shift in cultural norms and a growing list of intergenerational risks, such as climate change and income inequality, demand the attention of corporate directors – yet Canadian boards are trapped in the past, according to a substantive new paper.

The work, to be released Monday, is aptly summarized by its title: “Where are the directors in a world in crisis?” Co-authored by University of Toronto professor Sarah Kaplan and Bay Street veteran Peter Dey, who wrote a famous report on weak boards almost 30 years ago, the paper argues “Canada must upgrade its governance standards or risk being left behind.”

Where are the directors in a world in crisis?

The report lands at a pivotal moment, when the corporate orthodoxy that has persisted for decades is getting turned on its head. In 2019, nearly 200 top CEOs in the U.S signed a statement of purpose that eschewed the once-widespread belief that companies need only maximize shareholder value. Instead, they demanded a wider lens for the companies they run, arguing they must also value investing in their employees and protecting the environment.

Institutional shareholders are also demanding stronger environmental, social and governance (ESG) principles from the companies they invest in, while the pandemic has exposed gaps between front-line workers, who are often racialized and poorer, and executives, who are still predominately white and male.

Worried that Canada is becoming a backwater, they set up a 54-person advisory board to examine what good governance in the 21st century should look like, then developed 13 guidelines for boards that include: establishing a corporate purpose that addresses all stakeholders; emphasizing the board’s duty to exercise its powers in the long-term best interests of the corporation; and defining stakeholders as any party that contributes to the operation of the corporation’s business or could be affected by those operations.

If the paper sounds like an academic exercise, some context should make it stand out. In 1994, Mr. Dey chaired the Toronto Stock Exchange’s committee on corporate governance and famously released a report titled “Where were the directors?”

The goal then was to address basic issues of governance, such as the role of the board, how to constitute a board and the independence of directors. What may seem basic now was necessary in the aftermath of the recession in the early 1990s, when many Canadian boards were weak.

Nearly three decades later, Mr. Dey is worried again. “Canadian boards are in an ambiguous state,” he said in an interview. They are not necessarily inept but they have not evolved much since the reforms recommended in his original report prompted large-scale overhauls.

For one, board composition is a glaring issue. One of the best ways for boards to appreciate the values of all stakeholders is to reflect the communities in which they operate, yet directors are still predominately white, older and male.

Prof. Kaplan, a former management consultant, has a unique perspective. “I say this as an American immigrant and naturalized Canadian: Canada is a pretty small country and the elite circle of people is mutually reinforcing,” she said in the interview. “We have to break open that interlock of the elites.”

The authors argue, for instance, that companies in extraction industries ought to appoint Indigenous directors because their businesses often depend on working with Indigenous communities.

Backstopping their argument, Prof. Kaplan and Mr. Dey stress that there is now legal precedent in Canada for boards to act in the best long-term interest of the corporation, not solely in the best interests of a particularly stakeholder group – that is, of shareholders.

The practical effect of this is that boards are at risk of being sued by the likes of consumer groups or environmental groups that claim the directors are not acting in the best interest of the company.

Despite their focus on boards, the authors do not expect directors to be the arbiters of all values. “It’s not just on the board,” Mr. Dey said. “Shareholders elect the board, and shareholders are a critical stakeholder for the financial viability of the company.”

But Prof. Kaplan and Mr. Dey say they believe boards are falling behind. While there is a spectrum of good governance, and some larger corporations, such as a number of big banks, have made inroads, they aren’t at the forefront of change globally.

“At the top five banks, we still don’t have a female CEO among them,” Prof. Kaplan said, which is a reflection of boards, who chose the chief executive. “None of their boards are 50-50 [male-female]. And the representation of people of colour, people with disabilities, Indigenous people, is very poor.”

Ranked globally, she added, “you would never hold Canada up as the paragon.”

Opinion
Having a disability should not be a barrier to joining a corporate board in Canada. Why is it?
February 22, 2021 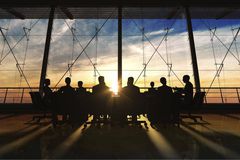 Opinion
Bay Street supports board diversity in theory, but not in practice. Time to end the hypocrisy
Subscriber content
January 28, 2021 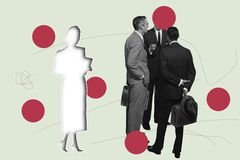 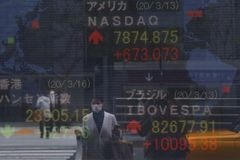