A tidal wave of selling hit Canada’s energy sector on Monday – with some stocks losing more than half their value – as investors punished companies with higher costs and larger debt burdens that make them vulnerable to the crashing oil market.

Ovintiv Inc., which recently relocated to the United States from Calgary, was hit with a massive loss on the day, tumbling by 72 per cent as investors spurned its exposure to U.S. shale operations and the growing risk that its market capitalization may not meet minimum thresholds to join key stock indexes.

No energy company can thrive with oil prices crashing back to near the lowest levels of the last downturn, but some in the sector face more pressure than others, and investors zeroed in on debt and production costs as reasons to sell them off.

Among other big losers on the day were Cenovus Energy Inc., down 52 per cent, MEG Energy Corp., down 56 per cent, Precision Drilling Corp., down 45 per cent, and Athabasca Oil Corp., down 30 per cent.

“We’re at a level of price where this doesn’t work for anyone. We’re seeing prices below the best in the sector’s break-evens,” said Chris Cox, analyst at Raymond James. “It’s really, at this juncture, a game of survival until we see Saudi Arabia or Russia blink, and that’s a pretty challenging prospect.”

The massive falls were triggered by the 25-per-cent skid in benchmark crude prices. West Texas Intermediate fell US$10.15 to US$31.33 a barrel after the Organization of Petroleum Exporting Countries and Russia failed to agree on output limits, and Saudi Arabia cut its official selling price in retaliation. Oil had already weakened because of concern about the economic impact of the coronavirus spread.

Investors lopped US$1.5-billion from the value of Ovintiv, the former Encana. The shares had already been under pressure after it consolidated them on a one-for-five basis in January. Chief executive officer Doug Suttles had said the changes were aimed at attracting investments by U.S. index funds. However, with a market capitalization of US$574-million, Ovintiv is well below the minimum for a key index – the S&P MidCap 400 – at US$2.4-billion.

As always, large debt burdens represent the biggest risk to corporate health as cash flow dwindles with oil prices. High operating costs and other spending commitments also take their toll, as the industry saw when oil tumbled in late 2014. Canada’s energy sector never fully recovered from that, though numerous producers have slashed their operating costs and paid down debt to protect against further weakness.

Raymond James downgraded most of the companies in the sector to “market perform” on Monday to account for the fall in crude prices, with the exceptions of Suncor Energy Inc., Canadian Natural Resources Ltd., Tourmaline Oil Corp., PrairieSky Royalty Ltd. and Freehold Royalties Ltd. They are seen as the most resilient in this environment. For example, Canadian Natural frequently adjusts its spending to deal with commodity prices and transport constraints, and is rewarded in the market for doing so.

Among the more vulnerable, Athabasca has debt maturities over the next couple of years and a comparatively high-cost asset base, Mr. Cox at Raymond James said. The company has hedged a large proportion of its heavy oil production at well-above current prices, but refinancing will still be a challenge, he said.

Cenovus is more exposed to heavy oil pricing than some of its integrated energy peers, such as Suncor, which has larger refining capacity for its production. In addition, as an oil sands producer with steam-driven operations, it is difficult for Cenovus to shut down production to save costs, given the potential damage to bitumen reservoirs.

TD Securities on Monday pegged the break-even U.S. oil price for such projects in the industry at US$43 a barrel.

One saving grace for Canadian energy companies, especially oil sands players, is that they do not require the maintenance capital that is necessary to arrest declining production in U.S. shale, said Robert Fitzmartyn, analyst at Stifel FirstEnergy.

“The costs have come in quite a bit. If you factor in the production-decline argument, sustaining capital spending for Canadian energy, especially some of the oil sands guys, is near zero,” he said. "But you’re still at an absolute price level where the businesses are just very challenged, period.” 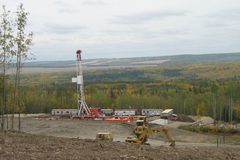 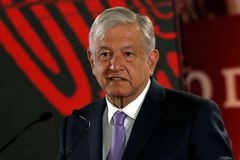