A second Canadian company is cashing in on heavy demand for buy-now-pay-later lenders, with Flexiti Financial Inc., which targets subprime clients for growth, selling to Kansas-based CURO Group Holdings Corp. for $155-million.

In the deal announced on Monday, Flexiti will become a standalone division of CURO. The sale price comprises $109-million in cash at closing, plus the potential for $46-million more if certain targets are met over the next two years. CURO currently operates in Canada and owns payday-lending chain Cash Money.

Buy-now-pay-later lenders, or BNPL lenders as they are known in the retail industry, have existed for years, and offer the types of financing traditionally advertised in television commercials that promise no money down or no payments for two years. Historically, these lenders were banks that partnered with retailers through private-label credit card divisions, or retailers such as Sears that had in-house programs.

A new crop emerged lately, including Flexiti, that have integrated themselves into e-commerce platforms. Instead of appealing to customers through TV ads and signing up new clients through cumbersome in-store approval processes, these lenders offer payment instalment plans online and in apps before a customer has even decided to check out. Often, they advertise beside the “add to cart” button.

Some of the most popular BNPL brands include Affirm, Sezzle and Afterpay . In December, San Francisco-based Affirm bought Toronto’s Paybright for $340-million in cash and stock.

The sector has seen rapid growth – Flexiti’s new loans grew from US$49-million in 2017 to an estimated US$292-million in 2020 – and banks are waking up to the new model. Last week, Royal Bank of Canada launched its own digital instalment plan in a partnership with Bread, a division of Alliance Data.

BNPL lenders also have to prove they can manage risk over the long term. While each brand targets a different mix of users, Flexiti sees a growth opportunity with subprime borrowers, which are the riskiest clients with low credit quality.

As part of the CURO deal, Mr. Kalen and Flexiti’s executive team have agreed to stay on inside the U.S. company. On a conference call on Monday, CURO chief executive officer Don Gayhardt said the purchase “presents significant revenue and earnings growth opportunities by using CURO’s expertise to expand Flexiti’s products and increase approval rates for non-prime customers.”

Many banks and large financial institutions sold their earlier instalment lending programs – Desjardins did so in 2019 – and the new BNPL lenders are creating a niche that works closely with retailers. Flexiti, for instance, reached out to its retail partners when physical stores started to reopen last summer to negotiate enticing deals that would bring clients back – such as no payments for two years.

“Our objective is to really help retailers grow their sales,” Mr. Kalen said in an interview, ”and we’re trying to make big-ticket purchases more affordable in Canada.”

Flexiti has an average transaction size of nearly $1,600, and its loans tend to involve items such as furniture, jewellery, electronics and appliances.

BNPL lenders make money through a mix of payments from merchants and interest on loans made to clients. Merchants tend to pay 2 per cent to 8 per cent of the cost of the item purchased, while clients pay a range of interest rates, but they often resemble those charged by credit cards.

Whenever a BNPL lender offers no payment for a period of months or years, the merchant usually pays for the delay through an increase in the percentage on the product purchased.

About one-third of Flexiti’s revenue comes from merchant fees and two-thirds from client fees, such as interest payments, Mr. Kalan said.

Mr. Gayhardt said CURO expects Flexiti to generate a pretax loss of up to US$10-million on revenue in the range of US$45-million to $55-million in 2021. The predicted loss largely stems from accounting rules that require lenders to expense expected losses on new customers upfront. 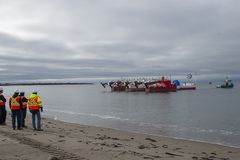 Robinhood raises US$3.4-billion in funds from investors in a week
Subscriber content
February 2, 2021 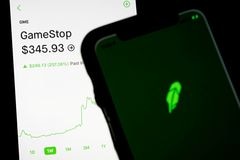