Canadian security services company GardaWorld won’t sweeten its existing $6.5-billion offer for G4S PLC, all but ending its months-long pursuit of its British rival as it looks to other options to bulk up in size.

GardaWorld’s current offer of 235 pence per share for G4S is final and will not be revised, the Montreal-based company said in a statement Monday. The decision put an end to a scheduled auction for the London-based guard supplier before it even began.

“There can be no better owner for G4S than GardaWorld but we are disciplined buyers and we will not overpay for a company with systemic ESG (environmental, social and governance) issues that continue to come to light,” Garda founder and chief executive Stephan Crétier said in the statement. At a transaction price above its current bid, Garda has “better and less risky” opportunities available elsewhere, he said.

A formal five-day auction for G4S run by Britain’s takeover regulator was to begin Monday, pitting Garda against U.S.-based rival Allied Universal. Garda’s decision not to pay more means that auction will not take place and Allied’s bid now stands as the highest one, clearing the way for the Santa Ana, Calif.-based company to buy G4S.

It’s a surprising outcome given the aggressiveness with which Garda had pursued G4S and it means Mr. Crétier will likely be handing G4S, a company he coveted, to a key North American competitor. Garda’s CEO previously said he’s had his eye on buying G4S for years as a way to build scale.

Concerns about terrorism and crime are helping to fuel the global market for private security services, which continues to grow as the budgets of many public police forces come under pressure. Garda itself has grown through acquisition and controls brands such as crisis manager NYA and outdoor video surveillance supplier Ecamsecure.

GardaWorld went hostile with a takeover proposal last September after being privately snubbed by G4S three times over the summer. At the time, GardaWorld was willing to pay 190 pence per share for total cash consideration of £3-billion (about $5-billion). It has since hiked its offer to 235 pence or £3.68-billion ($6.5-billion).

Allied, whose biggest shareholders are private equity company Warburg Pincus and Canadian pension fund Caisse de dépôt et placement du Québec, made an offer in December of 245 pence per share, or £3.8-billion (about $6.7-billion). Its bid has the support of the G4S board but investors have held on to their stock to see whether a higher offer would materialize in the auction.

“I think they’ll take” the Allied offer, said Stephen Rawlinson, an analyst at Applied Value in London. “Quite a lot of them will probably say, ‘You know what? I can use that cash elsewhere because if the economy is going to recover in a vaccinated post-COVID environment, there are other [companies with stock] that might go up faster than G4S at 245 pence.’ That’s the game you play.”

Shares in G4S fell nearly 10 per cent to close at 242.7 pence in trading on the London Stock Exchange Monday.

G4S has been trying for years to repair its reputation in Britain after failing to provide enough personnel to ensure security during the 2012 Olympic Games in London. More recently, the British government took over the management of a prison in Birmingham from G4S in 2018 after an inspection found that staff locked themselves in offices to avoid prisoners who were using drugs and violence with near impunity.

Addressing those issues and successfully integrating G4S and its 530,000 employees will require sizable resources and investment, Mr. Crétier said in Monday’s statement. He said without “satisfactory engagement” from G4S, Garda was unable to complete its due diligence. 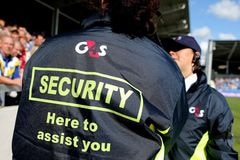 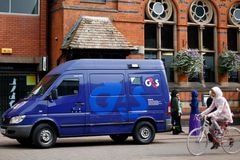 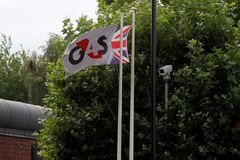