Canada’s streak of job gains is at risk of ending.

On Friday, Statistics Canada will publish employment figures for December, revealing the impact of some new restrictions aimed at reducing COVID-19 infections. The median forecast from economists is that 30,000 jobs were shed last month and the unemployment rate climbed to 8.7 per cent from 8.5 per cent.

A decline in employment would be the first since April, ending a seven-month streak of gains that clawed back around 80 per cent of pandemic job losses.

“We’ve seen very solid momentum, as far as the [economic] recovery,” said Robert Both, a macro strategist at TD Securities. However, “the breadth of these [new] restrictions, and the fact that they’re being applied to more populous regions, are going to make it much more difficult to sustain a positive trend in the employment picture.”

Friday’s report is likely the start of a grim winter. Statscan surveyed households on labour conditions between Dec. 6 and 12. After that point, lockdowns intensified in various parts of the country, with all of Ontario moving into a partial shutdown on Boxing Day.

Quebec on Wednesday announced the latest iteration of its lockdown, which includes a provincewide curfew and grocery stores closing at 7:30 p.m. Eastern Time. Those measures will last four weeks, starting Saturday.

“There certainly will be another shoe to drop in January,” Mr. Both said. (TD Securities has pencilled in a loss of 125,000 jobs in December, the bleakest forecast.)

Another complication is education. Several provinces have delayed the reopening of classrooms in 2021, opting to have children log on to virtual classrooms from home. During the first wave, the shuttering of schools and daycare had a sizeable impact on parents’ work hours, and mothers in particular.

“Many jobs don’t have the benefit of being able to do them online and from home while [parents are] supervising their kids,” said Derek Holt, head of capital markets economics at Bank of Nova Scotia, in a client note. “Think front-line workers, for one example, who get hit by the double whammy of having to deliver care in-person while their kids are sent home.”

At the same time, the second wave is unlikely to have as severe a labour effect as the first. For one, more sectors are permitted to stay open, while government support programs – notably, to subsidize employee wages – have been in place for months.

There’s “more ability for some employers to at least put things on pause, but not totally shut down,” said Brendon Bernard, economist at hiring site Indeed Canada.

Despite the winter chill, many employers want to hire. Job listings on Indeed are essentially even compared with a year ago, with particular strength in nursing, warehousing and construction. “In many areas of the economy, a lot of employers are looking to 2021 and planning ahead, out of this dark winter that we’re in,” Mr. Bernard said.

In the interim, many jobless Canadians are relying on income support.

To a large degree, the labour market’s path will hinge on getting the coronavirus under control and widespread distribution of vaccines, which is off to a rocky start.

“As long as there’s progress on vaccine rollouts, there’s some reason for optimism,” Mr. Bernard said. 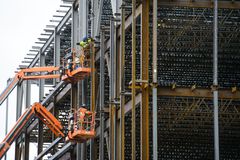 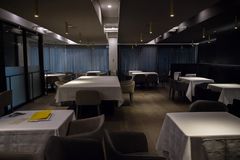