Sean SilcoffTechnology Reporter
Published May 8, 2020 Updated May 8, 2020
For Subscribers
Comments
Text Size
Please log in to listen to this story. Also available in French and Mandarin. Log In Create Free Account

A pandemic-related surge in toilet-paper buying has been good for the bottom line of Canada’s largest producer.

Kruger Products LP of Mississauga on Friday reported revenue from its toilet-paper, paper-towel, facial-tissue and napkin business, in the quarter ended March 31, of $375.1-million, up 15.5 per cent over the same period a year ago, excluding figures from a divested unit.

Kruger, the leading seller in Canada of toilet paper (with its Cashmere and Purex brands) and facial tissue (Scotties), reported adjusted earnings before interest, taxes, depreciation and amortization (EBITDA) of $51-million. That is up 116.4 per cent, year over year, and $8-million higher than consensus analyst estimates. Net income was $8.4-million, up from a $3.2-million loss.

Empty toilet-paper shelves in stores marked the early days of the COVID-19 pandemic in March as consumers went on buying binges. Canadian sales of toilet paper doubled that month and levels for facial tissue and paper towels increased by more than 70 per cent year over year, data from market research firm Neilsen show.

While there have been ​shortages of some high-demand products, retailers say supply chains have mostly stayed strong and that stockpiling has levelled off. A Loblaw Cos. Ltd. spokesperson said toilet-paper inventory levels had nearly returned to normal and that the company had removed purchase limits on products such as paper towels and toilet paper.

Dino Bianco, CEO of Kruger and publicly traded part-owner KP Tissue Inc., said in an interview that the company had caught up to demand after squeezing extra production out of its eight North American plants, which were already running near capacity, by cranking up older inactive lines. It produced fewer items than usual, focusing on high-volume sellers such as 12-roll, two-ply packs. It also ran down inventories to as few as two days of product; normally it keeps from 25 to 35 days on hand.

The pandemic has thrown dynamics of KP’s business out of whack in other ways. Mr. Bianco said consumers, who typically keep a month’s worth of rolls on hand, had doubled that, due to hoarding and because they are spending more time at home. After strong March and April sales, “May will start to soften and rebalance and June will be a little softer” as consumers run down stockpiles to normal levels, he said. He said Kruger did not hike prices during the spike.

At the same time, its “away from home” business has seen steep order declines from offices, hotels, restaurants and stadiums, partly offset by health care facilities. While revenues from that business were up by 12.9 per cent, to $61.9-million in the quarter, Mr. Bianco said it was “too soon to tell” how the year would end up. “This is not a disaster story … it’s just not going to be at the level we would have expected," he said on a conference call.

Other pandemic-related macroeconomic shifts affected the business. The cost of one of its main inputs, NBSK pulp, priced in U.S. dollars, is up by 3.6 per cent since April – but a sharp decline in the Canadian dollar increased KP’s cost by 11 per cent.

Meanwhile, as workplaces emptied, they produced far less recycled office paper, which accounts for close to one-quarter of the raw material Kruger uses to make pulp. That has led to a doubling in price for the material since February, which will cost Kruger close to $10-million more this year.

To protect itself from any potential system shocks, the company is also now keeping two months of supply at hand, and is eyeing the first lull to do maintenance on machines that have been running “pretty hard,” Mr. Bianco said.

The company, which cut the number of different items it sells to less than 100 from more than 300 during the pandemic, will likely bring that back to less than 150 when things settle out. “I think we can eliminate most of our” slower-selling items, Mr. Bianco said.

Overall, the company expects EBITDA of between $31.6-million and $51-million in the second quarter. “We remain constructive on [KP’s] ability to navigate the pandemic and postpandemic market,” said National Bank Financial analyst Zach Evershed in a note, as he upped his stock-price target to $12.50 from $12 and reiterated his “outperform” rating.

With reports from Susan Krashinsky Robertson 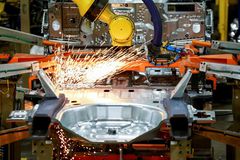 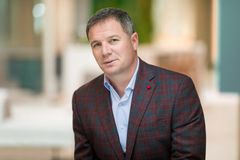