Already facing challenges from a surge of imports and the rise of online upstarts, U.S. mattress executives have a new irritant to keep them up at night: Canadian tariffs.

Mattresses are among 79 U.S.-made items – not including steel and aluminum – on which 10-per-cent duties were imposed over the weekend after Ottawa unveiled its final list of retaliatory tariffs last week.

The move comes at a crucial moment for the U.S. industry. Low-cost imports, mostly from China, are starting to become a significant force, and could reduce prices and profits for traditional players. Some U.S. companies are so concerned about a flood of cheap mattress imports that they are considering lodging an anti-dumping trade complaint with the U.S. government, people in related industries say.

Hearing rumblings of Canada’s tariffs back in January, Sam Prochazka, president of Edmonton-based Novosbed – which contracts out its manufacturing and has historically made its mattresses and foundations in the United States − started shifting production to Canada. By the end of the month, it will manufacture all Canadian-bound products here.

“We’ll never go back either,” Mr. Prochazka said. “We like the idea of Canadians producing things.”

But Mr. Prochazka acknowledged that potential advantages of the trade standoff could swing to Canadian firms or to the same overseas forces that are disrupting the U.S. market.

The mattress sector has already been shaken by digital upstarts such as Casper and Endy and their bed-in-a-box foam products aimed at younger consumers with convenient packaging and sometimes lower prices.

But the flood of cheap imports could be a defining moment for an industry that has traditionally manufactured close to home, rather than importing merchandise from overseas, because of the prohibitive cost of transporting the bulky items.

Now that is beginning to change as Chinese manufacturers figure out how to supply mattresses and their components for less cost, with the help of new technology and automation.

The shift is having ripple effects in the industry, prompting one executive to say recently that an anti-dumping complaint could be imminent.

“We’re facing a significant challenge with the growth of Chinese-imported mattresses, and its effect on fabric orders from many of our customers,” Franklin Saxon, CEO of Culp Inc., a U.S. mattress-fabrics company, told analysts last month. The company had just reported disappointing fourth-quarter results and warned of more challenging market conditions.

Mr. Saxon said an anti-dumping filing could come as early as this summer, and that he is optimistic the outcome would favour the industry.

Officials at major mattress producers, including Serta Simmons Bedding LLC and Tempur Sealy International Inc., did not reply to questions.

We’re facing a significant challenge with the growth of Chinese-imported mattresses, and its effect on fabric orders from many of our customers.

In the meantime, Culp’s sales of mattress fabric have been falling 20 to 25 per cent in its first quarter as accelerating imports continue to dampen the company’s short-term outlook, Mr. Saxon said.

The numbers provide a wake-up call for industry players. Last year, Chinese mattress exports to the United States jumped almost 160 per cent to US$427-million from a year earlier, according to U.S. government data of customs values (which do not include U.S. freight and handling and importer profits). The share of imported mattress sales (by volume) increased to 15 per cent from 9 per cent a year earlier in the US$18-billion-plus U.S. mattress market, said Jerry Epperson, managing director of investment bank Mann, Armistead & Epperson Ltd. in Richmond, Va., which provides research analysis to the International Sleep Products Association (ISPA).

The price of an average mattress imported from China dropped 2.2 per cent to US$98.50 (which translates to about US$200 at retail) in 2017, government customs figures show. Meanwhile, the average overall retail price of a mattress set is about US$600 in the United States, Mr. Epperson said. In Canada, the average retail price is about the same.

David Perry, executive editor of trade publication Furniture Today, said some in the industry suspect Chinese mattresses are being shipped at unfairly low rates to the United States, leading to talk about the anti-dumping petition.

“If duties are placed on Chinese mattress imports, that would give domestic producers an advantage in competing with the Chinese imports,” he said.

Still, in this country, Stewart Schaefer is not losing sleep over cheap imports.

Mr. Schaefer, chief business development officer at Sleep Country Canada Holdings Inc., this country’s dominant mattress retailer, estimated his company’s imports have probably doubled over the past five years to make up about 15 per cent of its $588-million-plus in annual sales.

But he said that in Canada, Walmart and Amazon are much smaller mattress sellers than in the United States, opening the way for Sleep Country to push into the lower-priced segment while nabbing former customers of the recently bankrupt Sears Canada Inc., which also carried low-cost mattresses.

Sleep Country, which has enjoyed 19 quarters of increased sales at existing stores, launched its own e-commerce site last year with its Bloom bed-in-the-box mattresses, which are imported – mostly from China – and now range from $395 to $995 each. “Some of the best manufacturing plants in the world are in China,” he said.

“I definitely think that the Amazons and the Walmarts will have their niche in terms of the category of that lower-end price point, which we’re very strong in already,” he added.

Indeed, the competition is heating up. Amazon.ca, which introduced mattresses in 2016, significantly beefed up those offerings in the past year and will continue to do so, spokesman Andrew Gouveia said.

As for the impact of Ottawa’s new tariffs on the Canadian industry, the Retail Council of Canada (RCC) warned in mid-June that potential duties on mattresses and bedding were a “serious concern” for Canadian retailers.

According to the RCC, Canada imported $543-million worth of products in these two categories in 2017, of which $174-million came from the United States. The largest supplier was China, at $292-million. While China is a possible source of alternative supply, the RCC noted that existing tariffs on Chinese mattresses make that prospect less desirable.

”If retailers are effectively limited to Canada and to a much smaller degree Mexico for substitutable, tariff-free products, we can expect to see price inflation on mattresses and bedding from those sources,” the RCC said. 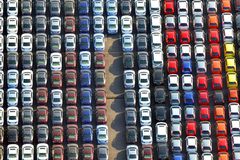 Canada still aiming for intensive NAFTA talks, even though Trump’s in no rush
July 9, 2018 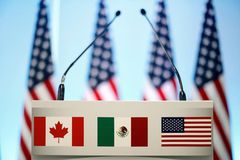 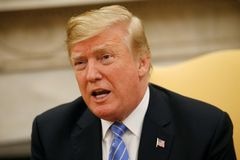