The $27-billion emergency aid package that the federal government rolled out Wednesday might look like a breathtaking jump in spending. After all, the billions to support Canadian families and businesses does more than double the deficit.

But that may just be the start of explosive growth in the federal deficit, last projected at $26.6-billion for this fiscal year and $28.1-billion in 2020-21. A foundering economy, most likely headed into recession, will decrease government revenue and drive up expenses as automatic fiscal stabilizers, such as Employment Insurance, start to kick in. Economists say that will have already pushed the deficit past the $30-billion mark.

On top of that is the economic aid package of up to $27-billion and $1.1-billion announced last week to fight the virus, effectively double the deficit. And the government has promised to do “whatever it takes” to combat not only the public-health peril posed by the coronavirus, but the economic contraction it has spawned. That could mean billions more in income support for Canadian families and businesses and bailouts for specific industries.

Kevin Milligan, an economics professor at the University of British Columbia, said the deficit could surge past $100-billion. And, he said, by the time that Canada has soldiered through the dual health and economic crises, the federal government may have taken on new debt equivalent to 10 per cent of national gross domestic product – around $240-billion.

That may sound like worryingly large numbers, but the good fiscal news is that Canada can afford that, so long as politicians summon the willpower to wind down that spending once the health and economic crises have passed.

The government does have ample fiscal firepower, with the Parliamentary Budget Officer stating in a February report that Ottawa has $41-billion at its disposal that it could use to permanently increase spending or to lower taxes. If the measures are temporary, spending could rise much higher.

Prime Minister Justin Trudeau made that point on Wednesday as he detailed the $27-billion in emergency spending. “We have the fiscal room to do this because of prudent decision-making over the past five years."

Mr. Trudeau’s claim is mostly correct. Canada does have fiscal elbow room, as the PBO confirmed. But that capacity has been built up over 25 years as successive governments, both Liberal and Conservative, acted to rein in first deficits and then debt, starting in the mid-1990s, when Jean Chrétien was prime minister. Mr. Trudeau’s Liberals, despite four years of deficit spending, have kept net debt at relatively low levels, and the net-debt-to-GDP ratio close to the government’s “fiscal anchor” of 30 per cent.

With the onset of the coronavirus and the economic calamity it has triggered, Ottawa has cut loose that fiscal anchor and started to spend.

Prof. Milligan said even a significant jump in the net-deb-to-GDP ratio, to 40 per cent, would not pose long-term risks; the country would, however, need to push that number back down once the emergency had passed, as was the case in the years after the Second World War.

For the moment, Ottawa’s deficit spending is more modest, as a percentage of GDP, than in previous economic crises, Bank of Nova Scotia said in a research note issued Wednesday.

Does that mean concern over deficits is now completely irrelevant? In an interview, Parliamentary Budget Officer Yves Giroux sounded a couple of cautionary notes. A federal deficit that rose past $100-billion would create a worrying optics issue, he said, even if it could be justified on a numbers basis.

But Mr. Giroux said he has a broader concern about whether governments will be able to roll back tens of billions in spending as quickly as they have rolled them out. The peril is that emergency measures will become regular spending programs, with new entitlements unbalancing public finances, he said. “The important part is – is it temporary?” 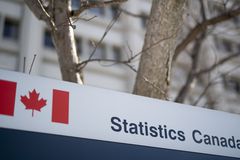 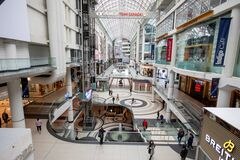 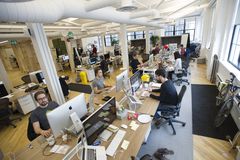