Royal Bank of Canada’s chief executive officer says as recently as four weeks ago, he was feeling good about the country’s economic recovery. The spread of the novel coronavirus looked relatively contained, some businesses showed early signs of bouncing back and credit-card spending was returning to more normal levels. But a sharp spike in COVID-19 cases has quickly deflated his sense of optimism.

“It’s not like this is a huge surprise, it’s just how quick it’s happened," Mr. McKay said in an interview. And now he fears that many businesses – especially smaller ones such as restaurants, which form a key part of the country’s economic engine – are not financially prepared to withstand a longer path to recovery from the pandemic without renewed support.

“We [previously] saw an ability to bridge ourselves economically, from a risk perspective, to a vaccine or to a better outcome. And now the duration of all of this is thrown into question, which is going to really challenge small businesses," Mr. McKay said.

Aside from beating back the virus once more, "the policies we need, and care we need, on small businesses is, for me, priority number one of our government and of our business leaders.”

There is an array of new stimulus measures and incentives that could be created to help extend that economic bridge, he said. Options he would favour include an HST holiday for shopping at Canadian businesses, rebates on certain categories of spending, greater forgiveness of government-backed loans to business and a carbon tax on imported goods to “level the playing field” with foreign companies.

For banks, it could also mean prolonging payment deferrals on some loans. Nearly all of the deferrals RBC had granted on almost $63-billion of loans to 278,400 clients as of the end of July expire by the end of this month, and RBC expects the vast majority of customers to resume making payments. But with stricter measures to curb a surge in COVID-19 cases, some borrowers will find it harder to return to work.

For certain businesses and households, “we may have to think [about] a longer deferral period now,” Mr. McKay said.

That’s a risk RBC is prepared to take on even as regulators wind down special treatment for deferred loans that made it easier for banks to be patient. Mr. McKay said RBC has a cushion of more than $20-billion, from capital reserves and provisions for credit losses that are larger than usual. “If we have to extend deferrals, and we have to classify that as a more challenged customer and put more capital against it, we have a lot of capital to handle that," he said.

Government policy makers face a more difficult fiscal balancing act. Though there will be an acute need for more stimulus and support for businesses and individuals, Mr. McKay said, as a country “your debt’s not unlimited at the end of the day." Business leaders, including bank CEOs, have urged new Finance Minister Chrystia Freeland to set revised boundaries for stimulus and relief spending, which already added up to $265-billion or 12.2 per cent of Canada’s GDP, according to RBC Economics, even before adding the cost of expanded Employment Insurance benefits or paying for promises made in September’s Speech from the Throne.

“I don’t think you could spend another 15 per cent [of national GDP] to get through this without seeing some more stress,” Mr. McKay said. "So you’ve seen a number of individuals come out and encourage kind of a fiscal anchor to this to say, ‘How are we going to manage this?’”

One untapped resource is embedded in the stimulus the government has already disbursed. As consumers spent less, banks deferred loans and the federal government doled out tens of billions of dollars in direct support, the country’s household savings rate surged to 28.2 per cent in the second quarter, from only 7.6 per cent in the prior quarter. RBC had started to see credit-card spending rebound in July and August, to higher levels than a year ago, but banks are still sitting on unusually large deposit balances. "We have significant fiscal firepower sitting in the chequing accounts of Canadians,” Mr. McKay said.

That’s why an HST holiday of 60 to 90 days for purchases at Canadian stores, or rebates for specific spending such as home-renovation credits, could help unlock some of those savings and convert them to spending that would help the economy. And he thinks smaller businesses will need help building digital ways of doing business to offset lost foot traffic. “We haven’t had nearly the full impact” of the stimulus measures so far, he said.

At some point, the government may look to raise taxes to bring in new revenue and contain the rising federal deficit, which economists estimate will reach at least $375-billion this year. Canada’s tax burden is “slightly higher than middle of the pack,” relative to other countries, Mr. McKay said, “so we have room on taxation, over time.” But he cautioned against hiking taxes too soon.

“We need the economy to recover, so we’re certainly not encouraging an increase in taxation until we’ve seen a substantial recovery and reinvestment in those sectors that need to transform and grow," he said.

Mr. McKay also repeatedly urged Canadians to wear masks, suggesting that the current setback is “partly because society [isn’t listening] to the protocols that got us to where we were from March to August.”

“Let’s get on with it," he said. "[Wearing masks is] in our control. A vaccine’s out of our control, still.”

A plan RBC had crafted that would have gradually brought some employees back to offices before the end of this year has been delayed because of the recent surge in COVID-19 cases. The bank is in the midst of planning for 2021, and weighing whether other aspects of its strategy need adjusting, which could include reining in spending or cutting costs.

Though RBC’s fiscal third-quarter profits rebounded to $3.2-billion, just shy of prepandemic levels, Mr. McKay expects slower economic growth and low interest rates will eat into the bank’s revenue for some time. And he is wary of making deep cuts, saying the bank needs higher staffing levels to maintain operations in the near term, as health concerns and family pressures drive employee absences higher. “We have to wait this out," he said. “We won’t knee-jerk react to short-term pressure."

Many other companies may not have that same luxury if the recent wave of coronavirus infections drags on. “While we could recover some jobs in the economy, we could lose some in other parts of the economy,” Mr. McKay said. “It’s going to be volatile. And, you know, the reoccurrence of the pandemic has amplified that volatility.” 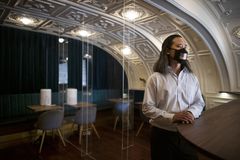 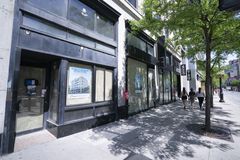