A staffing shortage amid the partial U.S. government shutdown has halted or slowed air traffic into some U.S. cities, prompting several flight cancellations or delays at Canadian airports.

The Federal Aviation Administration said on Friday that some flights in and out of New York’s LaGuardia airport were halted, and there were delays at airports in Philadelphia and Newark, N.J., due to an increase in the number of employees staying home.

“We have experienced a slight increase in sick leave at two facilities. We are mitigating the impact by augmenting staffing, rerouting traffic and increasing spacing between aircraft when needed,” the FAA said.

The federal workers have not been paid in 35 days as the U.S. government is partially shut down while U.S. President Donald Trump tries to convince lawmakers to fund his wall on the southern border.

As the effects of the shutdown raised air travel safety concerns, Mr. Trump on Friday announced a tentative deal to end the partial shutdown for the next three weeks. The move, which requires agreements in the Senate and House of Representatives, could mean the 800,000 government workers will begin receiving paycheques.

Flights from all airports departing for LaGuardia on Friday afternoon were delayed by as long as 90 minutes, according to aviation website FlightAware.com.

Toronto lawyer David Matlow and his wife waited on the tarmac at Pearson for more than an hour before their Air Canada flight to LaGuardia took off.

“We had pulled away from the gate and the pilot said there was a ground stoppage at New York City,” Mr. Matlow said by phone after landing at LaGuardia. “People understood what the delay was and there was nothing we could do about it.”

“Naturally, a plane load of Canadians was patient and polite,” said Mr. Matlow, who was travelling to see his daughter Orli Matlow perform at a comedy show in Brooklyn.

Mr. Matlow said there were no signs of staff shortages or disarray at the LaGuardia terminal, but the lineup at U.S. Customs and Border Protection pre-clearance in Toronto was lengthy. He said he saw several passengers scramble to make their flights after being delayed at U.S. Customs, where employees are also working without pay.

Air Canada posted a statement on its website notifying customers that flights into Newark and LaGuardia are affected by air-traffic-control restrictions and that it is waiving the fee to rebook a seat.

“Air Canada has revised its ticketing policy for customers booked on affected flights to facilitate changes to bookings,” the notice reads. “Those customers wishing to make alternate travel arrangements can do so without penalty, space permitting....”

Brad Cicero, a spokesman for Toronto-based Porter Airlines, said the carrier is seeing only “minor” delays on its Newark flights, but those are because of weather or wind conditions.

Lauren Stewart, a spokeswoman for Calgary-based WestJet, said travellers should check on their flight status before going to the airport. WestJet said it began seeing delays and cancellations earlier on Friday, and expects more unless air traffic control staffing levels at some U.S. airports improves. “This is a most unfortunate situation that our [air traffic control] partners find themselves in and it’s our hope that the parties involved can resolve the situation as quickly as possible,” Ms. Stewart said. 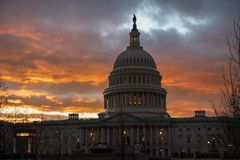 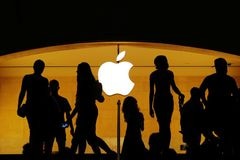 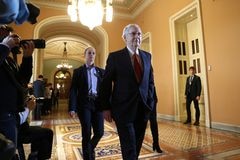