Canada’s banks are bracing for a shock to their loan portfolios that could wipe out a large chunk of second-quarter profits after major U.S. lenders reported steep increases in expected loan losses last week.

The four largest banks in the United States – JPMorgan Chase & Co., Bank of America Corp., Citigroup Inc. and Wells Fargo & Co. – reported a combined US$24-billion in provisions for credit losses, which are the funds set aside by banks to cover loans at risk of going bad. That was an increase of roughly 350 per cent in provisions compared with a year earlier, far exceeding most analysts’ predictions.

Analysts who cover Canadian banks are now compiling stress-test scenarios to gauge how severe future losses may be for domestic banks, as the new coronavirus keeps large parts of the global economy at a standstill. In the most pessimistic cases published this week, provisions would eat deep into banks’ capital reserves, but not threaten their stability, analysts say. And there are mitigating factors that could cushion the blow for Canada’s lenders.

“The global banking industry is bracing for impact," said Paul Holden, an analyst at CIBC World Markets Inc., in a research note. "The only question is – how bad is this going to get?”

Earnings trends at the largest U.S. banks are not always mirrored in Canada’s banking sector, which has structural differences and reports earnings on a different fiscal calendar. Most of the U.S. banks’ provisions were based on models that project future losses, rather than loans that are already impaired. The same may be true for Canada’s banks, but the coronavirus crisis will be more advanced by the time their current fiscal quarter ends on Apr. 30. Even so, the U.S. results offer a glimpse how deep losses could get, and have Canadian analysts reviewing their assumptions.

In one scenario Mr. Holden imagines Canadian banks’ adjusted earnings for the 2020 fiscal year falling by 23 per cent as GDP contracts by 2.6 per cent and unemployment rises to 8.3 per cent. Provisions for loan losses would reach 82 basis points, or 0.82 per cent of all loans – nearly two and a half times the average ratio of 35 basis points last quarter. (100 basis points equal one percentage point).

“Even under that scenario the industry would still produce double-digit [return on equity] in [the 2020 fiscal year], dividends would look safe, and capital ratios would hold-in just fine,” he said. But uncertainty about the full effect of COVID-19 “makes pinpointing losses with precision a near impossible feat.”

Another research note by National Bank Financial Inc. analyst Gabriel Dechaine projects Canadian banks’ loan loss provisions could rise 117 per cent in 2020, to a loss ratio of 66 basis points. “Even if we assume a four-fold spike in provisions in the upcoming quarter, we estimate banks have the capital to absorb it," he said, but added: “Obviously, if this pace were extended over several quarters, we would not be cavalier about capital implications.”

Mr. Holden at CIBC also considered a far more dire scenario in which adjusted earnings for the group fall 63 per cent and return on equity dips to 6 per cent, based on GDP falling by 4.9 per cent and unemployment at 9.8 per cent. Provisions for loan losses would soar to 161 basis points, reaching their worst level since the early 1990s.

In that case, banks’ capital levels – as measured by their common equity Tier 1 (CET1) ratio, a key measure of a bank’s resilience – would fall 130 basis points, swallowing most of their current 170 basis-point buffer, Mr. Holden said.

At that level, banks’ earnings would not cover current dividend payouts, but “we still think dividend cuts are unlikely as long as there is light at the end of the tunnel,” he said.

Yet there are key differences between U.S. and Canadian banks’ lending, which may temper losses in Canada.

U.S. banks are more exposed to wholesale corporate loans, which can perform poorly in a recession as businesses struggle with reduced cash flow. They also have a higher proportion of unsecured consumer loans on their books. Credit card loans, for instance, represent 13 per cent of U.S. bank loans compared with only 3 per cent for Canadian banks, Mr. Dechaine wrote.

Canadian banks also benefit from a “shock absorber” provided by mortgage insurance, Mr. Dechaine added. Mortgages make up a larger percentage of overall Canadian bank loans, but around a third of all Canadian mortgages are guaranteed by insurers backed by the federal government.

One potential bright spot for Canadian banks – if U.S. earnings are a guide – could be capital markets. Extreme market volatility has led to a spike in trading activity, particularly for fixed income products and commodities. On average, quarterly trading revenue across the five largest U.S. investment banks was up 30 per cent compared with the same quarter last year, according to DBRS Morningstar.

A surge in underwriting of investment grade debt in the latter half of March also helped offset declines in equity underwriting and mergers and acquisitions activity. 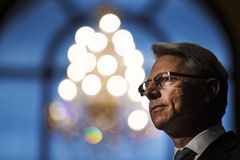 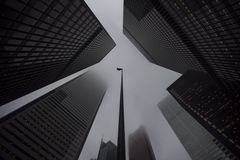 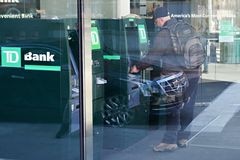