Banks have been gearing up for big losses from loan defaults that could arise from the COVID-19 pandemic’s economic hit, as millions of Canadians lost their jobs and businesses shut down to comply with physical distancing measures. Canada’s big banks have already booked about $11-billion of provisions for credit losses in anticipation of projected losses from an array of debt, such as credit cards, credit lines, mortgages and other loans.

Despite the economic plunge, consumers have so far remained largely current with their debt obligations. Personal insolvencies are below average and credit payments have remained stable.

That stability has been made possible by extensive government programs, such as the Canada Emergency Response Benefit for people out of work and a wage subsidy provided to hard-hit businesses to keep staff working. The CERB, however, is set to expire in the fall and the wage subsidy is set to end in December.

“Once government support measures wind down, consumer loan charge-offs will rise as workers struggle to adapt to the postpandemic economy,” said a report published Thursday by Moody’s Investors Service.

“The main concern is that the economy is going to change in a post-COVID world, and many sectors and jobs may take a very long time to come back or not come back at all,” Jason Mercer, a Moody’s vice-president and senior analyst, said in an interview.

The question is whether Canada’s banks have already booked enough provisions to cover loan losses down the road. Canada’s banks have allowed hundreds of thousands of customers facing financial stress to defer payment on a variety of loans, including more than $250-billion of mortgages. It’s not clear how many of those customers will be able to fully catch up on their payments when the deferrals end.

“I would suspect that we will see more provisions in the third quarter, but likely not as severe as the second because the economy has partially reopened since,” Mr. Mercer said. “Longer-term, future losses will depend on the duration of the crisis and whether we will be able to reopen more of the economy or be forced to reclose sectors if the pandemic worsens.”

The banks’ full potential for credit losses is not “fully baked in” despite the $11-billion in provisions already set aside, Nigel D’Souza, an analyst at Veritas Investment Research, said in a report last month.

“We expect impaired loans to drive peak credit losses during this cycle. Impairments typically do not peak at the start of a recession and tend to lag as economic stresses mount,” he said. “We expect provisions to move higher over the coming quarters as deferrals and government support programs wind down.”

Each bank has a different mixture of loans in its portfolios – making provisions a tricky calculation. In addition, in late 2017, a new accounting standard called IFRS 9 has made forecasting losses even more complicated, requiring banks to divide provisions into two broad categories.

One is for impaired loans, which are in arrears, but haven’t yet been written off as losses. The other is for performing loans, which are still being paid back, but are deemed at risk of becoming impaired based on economic forecasts and financial models.

“We continue to believe that the Canadian banks are well-capitalized to absorb elevated loan losses through the remainder of the current downturn, due in large part to the benefits of regulatory forbearance,” Mike Rizvanovic, an analyst with Credit Suisse, wrote in a research note.

“However, we do see meaningful near-term risk of PCL (provisions for credit losses) and earnings volatility as some of the sizable portion of deferred loans as of Q2 migrate into [impaired loan] classification, the extent of which will be determined by the trajectory of the economic rebound.”

Banks in Canada have worked in concert with the federal government to help blunt the economic effect of this crisis through targeted and tailored relief measures for individuals and businesses, Mathieu Labrèche, a spokesman for the Canadian Bankers Association, said in a statement.

“Canada’s banking sector is very well capitalized, has increased lending capacity and will continue to bring solutions to Canadians to help foster a strong recovery.” 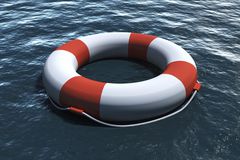 With the traditional 60-40 asset mix in question, experts look to alternatives
July 28, 2020 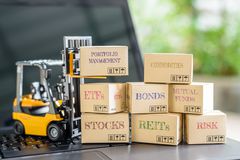