China’s crackdown on cryptocurrency mining and trading – particularly over the past six months – has driven cryptocurrency-related business out of the country and into Canada, industry experts say.

The greatest beneficiaries of this clampdown have been Canadian bitcoin mining companies, particularly since regulators in China officially banned the creation of new cryptocurrency within its borders this spring.

“The Chinese government has recently doubled down on its efforts to push crypto miners out. We’re seeing that business come to North America,” said Jonathan Ip, a cryptocurrency lawyer at Toronto-based Iterative Law.

Mr. Ip added that he has seen a clear trend of Canadian crypto mining companies – some of whom are his clients – expanding their market share of digital currency created to fill the vacuum left by Chinese miners going offline.

“There was a fairly precipitous decline in the hashrate coming out of China at the start of summer,” said Shane Downey, chief financial officer of Alberta-based crypto mining company Hut 8 Mining Corp., referring to the measure of computational power used for mining digital currency.

Simultaneously, the amount of power used to mine bitcoin increased in jurisdictions such as Kazakhstan, the United States and Canada, Mr. Downey said.

Last Friday, Chinese regulators imposed a blanket ban on all crypto transactions and mining. For the first time, the country’s central bank and securities regulators called all cryptocurrency activity illegal.

China’s war against digital currency is not new. In 2017, it banned initial coin offerings (ICOs) and crypto exchanges, although people in China could largely get around the ban using offshore exchanges. Then, in the fall of 2019, Chinese regulators warned that they were going to ban crypto mining, but stopped short of making it illegal until the official ban in May this year.

These successive warnings and bans, especially against mining, have caused a large decrease in China’s mining capacity over the past 18 months, meaning that fewer bitcoins are created from Chinese servers. The Cambridge Bitcoin Electricity Consumption Index shows that between April, 2020, and April, 2021, China’s share of hashrate dropped from 65 per cent to 46 per cent. Canada’s hashrate share grew from 0.8 per cent to 3 per cent in that period, while the hashrate share in the U.S. more than doubled, to 16.8 per cent.

Geoff Murphy, president of Bitfarms Ltd., a Toronto-based crypto miner with operations in Quebec, said his company has received scores of e-mails over the summer from Chinese miners asking if Bitfarms would buy unused servers from them. “China used to have more than half of the world’s bitcoin mining capacity. So we’re getting a lot of inbound requests, asking if we can accommodate these servers and have an income split arrangement,” Mr. Murphy told The Globe.

He added that before the Chinese ban on crypto mining, Bitfarms was mining about seven to eight bitcoin in a day; after the ban, the company was sometimes mining up to 14 bitcoin a day. Because there is a finite amount of bitcoin – only 21 million bitcoins can ever be mined – when Chinese miners stop mining or go offline, every other miner’s share of the market immediately rises.

“Our increase in market share has certainly been advantageous for our shareholders,” Mr. Murphy added.

Another Canadian crypto mining company, HIVE Blockchain, announced on Sept. 1 that it had taken delivery of a large amount of equipment from the Chinese company Canaan Inc. as part of the company’s strategy to increase bitcoin mining capacity.

But Mr. Murphy predicts that China’s crypto mining market share will probably never be fully absorbed overseas because of electricity costs. Manufacturers of mining equipment, like Canaan, are still allowed to operate in China and in fact are becoming better at manufacturing more efficient machines.

“Canada is becoming a more favourable location for mining because firstly, our import taxes are lower than the United States. … Companies can buy equipment for a lower cost. And secondly, a cold climate is better for the servers. They last longer,” he said.

Louis LaVelle, managing director at Toronto-based crypto company 3iQ Digital Assets, said the regions that are gaining from what is going on in China are those that are generally pro-crypto and have imposed firm but not overbearing regulatory regimes to govern the growth of digital assets.

“If you’re a mining company looking to leave China, you probably do not want to be part of another restrictive regulatory regime. It’s hard to say which regions will benefit most, but there’s certainly an opportunity for Canada,” he added. 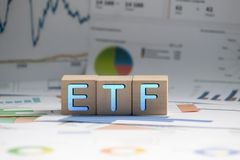 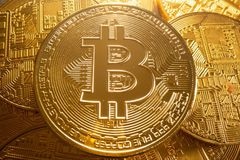