Canadian companies that provide energy and banking services in the Bahamas are still measuring the destruction left behind by Hurricane Dorian, the worst storm ever to batter the islands.

With communications networks down and flooding so severe that rescue workers have struggled to reach some victims, power company Emera Inc. and banks such as Royal Bank of Canada and Canadian Imperial Bank of Commerce have been working to make contact with staff and send teams to begin recovery work.

But spokespeople said the full extent of the damage still needs to be assessed, and that severe weather has lingered, making it difficult to get a close look at the storm’s impact. Winds that reached 295 kilometres an hour at the height of the storm were still gusting at 175 km/h on Tuesday, and as many as 45 per cent of all homes on the islands of Grand Bahama and Abaco are believed to have been heavily damaged or destroyed.

Emera owns a subsidiary, Grand Bahama Power Company (GBPC), that acts as the sole electricity provider for Grand Bahama, one of the country's northernmost islands. GBPC has more than 19,000 customers, about 80 per cent of them residential, but Emera was not able to provide specific details on the status of its services or infrastructure on Tuesday.

"Our immediate focus is ensuring the safety of our employees and their families. We have been communicating with members of our [GBPC] team," Emera spokesperson Jeff Myrick said in an e-mail. "Restoration teams are already assembling in Florida and together they will be preparing for mobilization to Grand Bahama as quickly and as safely as possible."

Emera’s teams will give first priority to essential services such as hospitals and water suppliers, as tens of thousands of residents are expected to need basic necessities such as food and water. The company’s employees have experience responding to hurricanes, and will draw on teams from its operations in the Caribbean, Nova Scotia and the eastern United States.

The RBC branch in Marsh Harbour, on Great Abaco island, “took a direct hit” from Hurricane Dorian and suffered damage to its structure, according to spokesperson Andrew McGrath. Another branch in Freeport, on the south side of Grand Bahama, was surrounded by “significant flooding.” But the bank’s branches in Nassau, Eleuthera and Exuma escaped major damage, and most remain open to customers, as does the bank’s call centre for the region.

"As soon as it is safe to do so we will send teams into the impacted areas to further assess our locations," Mr. McGrath said.

“RBC has 12 branches, 530 employees and more than 130,000 customers in the Bahamas and, while the bank has heard from some of its staff in the Bahamas, it was still awaiting word from others on Tuesday, “once communications and connectivity are restored,” he said.

In the meantime, RBC has pledged US$75,000 toward recovery efforts, and may add further resources once the scope of the damage is clear.

A CIBC spokesperson said the bank, which has 11 branches and 47 instant tellers as well as other offices in the Bahamas, is "continuing efforts to make contact with our branch teams in the heavily impacted islands of Grand Bahama and Great Abaco. All other branches in the Bahamas opened for business today.”

Bank of Nova Scotia, which also operates in the Bahamas, could not be reached for comment. 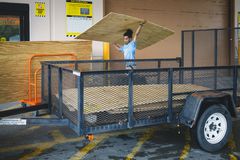 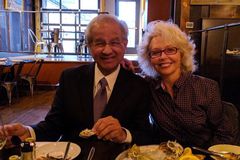 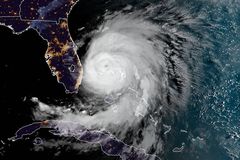