More than 100 licensed cannabis companies and their subsidiaries have received tens of millions of dollars in payments from the Canada Emergency Wage Subsidy program, raising new questions about the policy intentions of the program and whether it meant to subsidize a sector that was already in the throes of consolidation.

A Globe and Mail analysis of company filings and publicly available data from the CEWS registry shows at least 20 publicly traded cannabis companies cumulatively collected more than $40-million in CEWS payments, while dozens of others received the subsidy but chose not to disclose the amount in their financial filings.

For the cannabis industry, 2020 was the year of bankruptcies, mergers and acquisitions, exposing the winners and losers of the sector after years of overspending and unbridled growth.

CEWS was first introduced by the federal government on March 27, 2020, to help businesses that had seen a drop in revenue owing to COVID-19 cover part of their employees’ wages. The goal was to prevent further job losses and allow firms to rehire workers that had been laid off. The first iteration of the program was aimed at businesses that saw a decline in revenue of at least 30 per cent in April and May, 2020, (either compared with revenue of that same month in 2019, or with an average of their revenue earned in January and February of 2020). The subsidy covered up to 75 per cent of employees’ salaries to a maximum of $847 each per week. After much industry feedback, the government expanded the eligibility criteria of the program in July so that businesses with any amount of revenue decline could qualify.

However, multiple analysts who spoke with The Globe and Mail said most of the cannabis companies that received the wage subsidy were in fact not negatively affected by the pandemic. Some even began seeing a pandemic-related spike in sales especially in the latter half of 2020.

Many pot companies had been experiencing declining revenues prior to the COVID pandemic as the once-exuberant cannabis industry struggled to recalibrate itself in the first few months of 2020 because of chronic inventory issues, bad management, supply-chain bottlenecks and licensing delays at the retail level in Ontario. Layoffs in the sector were rampant in late 2019 and early 2020 – long before the imposition of any kind of government-mandated lockdown that could have exacerbated existing problems that plagued the industry.

“I think this is a perfect example of how the CEWS program is simply not well-targeted on its objectives,” said Michael Smart, a public-finance expert and professor of economics at the University of Toronto. “The program’s objective is to prevent layoffs in companies that have experienced hardship due to the pandemic.”

In one case, private cannabis company – Green Relief – ended up filing for bankruptcy protection in April, 2020, and its founders were accused of stealing millions from their own company in late 2019, but it received the wage subsidy. The company would not disclose when it received CEWS.

A Manitoba-based public cannabis company, Bonify, whose licence was suspended, but later reinstated before the pandemic, for sourcing illicit pot and selling it through legal channels also received some amount of the subsidy.

Some of the biggest pot companies that received CEWS – including Canopy Growth Corp., Aphria Inc., and Aurora Cannabis Inc. – chose to not disclose the amount they received in quarterly financials. Canopy Growth collected the subsidy for itself, as well as for three of its subsidiaries, Tweed Inc., Les Serres Vert Cannabis and Agripharm, the CEWS registry shows.

“To date, Canopy Growth and certain of its subsidiaries have, through December 2021, submitted claims for periods March through June,” company spokeswoman Jennifer White confirmed in an e-mail, while declining to state exactly how much in CEWS the company cumulatively received.

Canopy’s revenues grew significantly over the course of the pandemic.

Between April and the end of September last year, Canopy’s quarterly revenue expanded from $108-million to $135-million, which the company attributed in part to increased recreational pot sales.

Aphria also experienced prolific revenue growth throughout 2020 – its quarterly revenue for the period ending Nov. 30, 2020, was $160-million, compared with $120-million a year prior. The Leamington, Ont.-based company disclosed that it collected CEWS, but the amount was unclear because it was accounted for under “other non-operating items” in filings.

Aphria did not respond to The Globe’s request for comment on how much it received in CEWS.

Eligibility criteria for the wage subsidy is broad. From July, 2020, onward, any company that experienced a revenue drop in a four-week period could qualify for some amount of the subsidy, depending on the extent of the revenue decline. Companies also have a choice of comparing their revenue decline to the prior month, or the prior year.

“Companies are allowed to make a claim in proportion to their payroll expenses in the previous month, and then they can spend the money on whatever they want. They can lay off employees in the future if they want, and there’s no way to know what they spent the CEWS funds on,” Prof. Smart said.

Moncton-based pot company Organigram has received $9.71-million in CEWS to date, company filings show. Another New Brunswick-based company, Zenabis, received almost $6-million in subsidies, after laying off approximately a quarter of its work force in the beginning of March, 2020.

“I think it was quite valid for Organigram to apply for and accept the subsidies in the beginning,” said Rahul Sarugaser, an analyst with Raymond James. “They were materially impacted by the pandemic because of how their facility was laid out, and they continued to pay the wages of staff that were temporarily laid off. What we don’t give them a pass on is how management has not been nimble enough to adapt. They were unable to fulfill $4- to $5-million in provincial purchase orders due to capacity and staffing constraints during Q1 of 2021 alone.”

The subsidies that both Valens and Medipharm claimed were significant relative to their quarterly revenues, according to a cannabis-sector analyst, who declined to be named because he was not authorized to speak to the media. He said it made sense the companies qualified for CEWS, given the broad eligibility criteria, but the firms – and Valens in particular – did well in the second half of 2020. The same analyst speculated that larger pot companies such as Canopy and Aphria would only have included the amount they received in CEWS if it was a material amount relative to their earnings, but that it was likely immaterial in both instances.

For Preetika Joshi, an assistant professor of accounting at McGill University’s Desautels Faculty of Management, the initial rollout of the structure of the CEWS program made sense because the government was “trying to balance ease of access with quick access.” But she now says she believes the program is far too broad, with too many instances of companies that have had no actual impact from the pandemic qualifying for the subsidy.

“The final cheque should come after companies file their tax returns so the government can see how much money they made throughout the year,” Prof. Joshi suggests. “You see companies claiming credit from March to June, but then having a bonanza second half of a year and they are not obligated to pay that money back. Why can’t the government institute a clawback measure in the program?”

Prof. Smart shares Prof. Joshi’s perspective. “Why aren’t we tightening the rules now when we know that there are massive holes in the program? My fear is once these programs get set up, and companies get used to it, it becomes very difficult for governments to roll them back.” 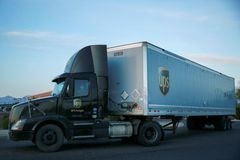