When Carolyn Rogers joined Canada’s banking regulator in the fall of 2016, she was thrust into the final stages of an international effort to change the rules for banks.

The Basel III accord – a package of standards that forced banks to carry more capital and limit the risks they take – began as a response to the global financial crisis of 2008. It took years of negotiations to complete, and now Ms. Rogers is getting another chance to put her stamp on that project. She arrives in Switzerland this August as the first Canadian secretary-general of the Basel Committee on Banking Supervision (BCBS), with a mandate to ensure those rules are put into practice.

There is “no question” that the Basel III accord “has made the global financial [system] stronger,” she said: Banks are better prepared today to withstand severe downturns than they were a decade ago.

But the momentum in favour of dramatic regulatory change coming out of the crisis has slowed as “people’s memories waned a bit," she said. Even as the current economic cycle grows long in the tooth, regulators are still working to put in motion the reforms they won in the aftermath of the crisis.

“That was a long project and I kind of came in at the end of the fourth quarter,” Ms. Rogers said in an interview from Ottawa, where she spent three years as assistant superintendent of the regulation sector for the Office of the Superintendent of Financial Institutions (OSFI), after six years at the helm of B.C.'s financial regulator. “Like any big project, the last few steps are sometimes the hardest.”

Formed in 1974, the Basel Committee is a standard-setter for international banking regulation that gained prominence after the 2008 financial crisis, with 45 members drawn from central banks and financial regulators in 28 jurisdictions. In her new role as secretary-general, which she starts in August for an initial three-year term, Ms. Rogers will lead the secretariat – the staff body that supports the committee.

Ms. Rogers credits the reputation for soundness that OSFI and Canada carry in financial circles with helping her to be the first Canadian to win the job. She is also only the second woman to be named secretary-general in the committee’s 45-year history. “I’m proud of that as well. I would love to see more women in the senior ranks of our industry,” she said. “It’s coming, but it’s slow.”

Ms. Rogers, 49, is no stranger to Basel, Switzerland’s third-most-populous city after Zurich and Geneva: She has represented OSFI on the Basel Committee, making 15 trips to the city over three years. During the latest visit two weeks ago, she had lunch with Pablo Hernandez de Cos, the governor of Spain’s central bank, who was named chairman of the BCBS in May. “He and I haven’t had a lot of time together yet,” Ms. Rogers said, but they will work closely together to “chart the next set of priorities” for the committee.

Implementing the last pieces of Basel III, which were agreed to in December of 2017, remains job No. 1. But Ms. Rogers plans to pay close attention to “future risks” that include rapidly changing technologies that are redefining the “fundamental business model of banking,” such as cyber-security threats, cryptocurrency and artificial intelligence.

Ms. Rogers has grappled with many of the same issues as one of OSFI’s most senior officials. She was deeply involved in crafting major policy changes, including a revamp of the “B-20″ rule on mortgage underwriting to add a controversial stress test on uninsured mortgages, starting in 2018. The test was designed to curb risky lending amid red-hot housing markets in Vancouver and Toronto, but has made it harder for some borrowers to qualify for loans.

The stress test has drawn more attention, both criticism and praise, than any other OSFI regulation in recent memory – Ms. Rogers says that it is alone in having its own hashtag. Mortgage professionals and the occasional bank economist have called for the test to be adjusted, relaxed or scrapped altogether, but Ms. Rogers said the rule “continues to do what we intended it to do," ensuring borrowers have a cushion to fall back on in times of hardship.

“Do I see [the stress test] as a temporary thing?" she said. “Absolutely not.”

Ultimately, Ms. Rogers knows the Basel Committee’s success will be measured by its vigilance, because the fixes crafted after the last crisis won’t prevent the next one.

Brace yourself: Volatility is set for a return in the big bank stocks
Subscriber content
April 28, 2019 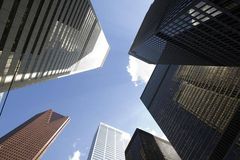 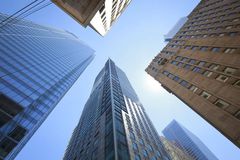 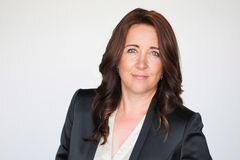