Cheese maker Saputo Inc. is eyeing takeover opportunities amid the current market carnage as it works through a “massive shift” in demand away from restaurants and other food service customers to retailers such as supermarkets.

Montreal-based Saputo, Canada’s biggest milk processor, said Thursday it has a strong balance sheet and the capacity to add up to $2-billion of debt, if needed, to push through the economic crisis caused by the novel coronavirus pandemic. The company plans to put its capital to work if its rivals falter and need to sell.

“Coming into this crisis, some of our competitors were already on very thin ice. Perhaps this might just take them over the edge,” chief executive officer Lino Saputo Jr. said on a conference call to discuss the current situation. “There will be, coming out of this, increased opportunity for M&A [mergers and acquisitions]. I think the great fortune we have is that we can pick and choose the ones we think will fit our strategy for development the best.”

Saputo would be most interested in takeover targets in the United States, Mr. Saputo said. He said companies that are heavily focused on serving industrial and restaurant customers “have got to be suffering” and could be forced to sell.

The global food industry has been upended in recent weeks by COVID-19, the disease caused by the coronavirus. As governments in Canada and elsewhere tighten restrictions on social gatherings and mandate the closing of restaurant dining rooms, demand patterns have changed as people load up on groceries to cook at home.

For Saputo, the result has been a “massive shift” in production away from serving industrial clients, like salad dressing manufacturers and meal service customers, toward grocers and other similar retailers. Saputo factories serving retailers are “running hard,” in some cases at more than full capacity, the company said.

The shifting demand, though, is leaving Saputo with excess inventory that it might need to write down. The company is trying to figure out how to repurpose its dairy products so they don’t go to waste, Mr. Saputo said. That could mean trying to convince supermarkets to accept new product packaging or formats, or giving what can’t be sold to food banks instead of dumping it, he said.

“This is going to cost us money,” Mr. Saputo said. “But that is secondary in our thought process. We can afford to do the right thing.”

The Big Cheese: How billionaire Lino Saputo Jr. built a global dairy empire and stood up to Big Milk

Saputo’s operations are considered a critical service by governments across the world and its plants in Canada, the United States and other countries continue to run, except for those facilities focused on specific products that aren’t selling. The company said it continues to generate positive cash flow.

Canadians are buying a lot of liquid milk at home at the moment, with the volume augmented by the lack of cross-border shopping into the United States, Saputo chief operating officer Kai Bockmann said. Americans, meanwhile, are stocking up on string cheese and other value-added products, he said.

“People seem to be craving comfort foods so we’re seeing a lot of strong sales of ricotta,” Mr. Bockmann said. “It looks like a lot of people are making a lot of lasagnas at home.”

Much of the demand trends could be related to “pantry loading” as people stock up to spend more time indoors in recent weeks, and it’s too soon to tell which changes will become more permanent, Mr. Bockmann said. “It’s a rapidly changing environment.”

A cross-Canada survey by Angus Reid taken March 13 to 15 found 41 per cent of Canadians declared they had made special food provisions as a result of the COVID-19 outbreak. Of Canadians who bought provisions, 30 per cent purchased dry and canned goods, followed by frozen foods and 24 per cent bought “other non-food items like sanitary products, tissues, toilet paper."

Saputo, with 16,800 employees, is one of the top 10 dairy processors in the world and ranks among the top three cheese producers in the United States. It is also a major player in Australia and Argentina. Its products are sold in several countries under brands such as Neilson, Nutrilait and Armstrong. 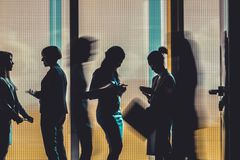 Saputo to close facilities in Ontario and New Brunswick, lay off 280 workers
February 6, 2020 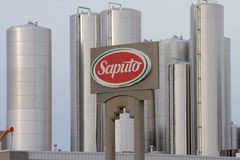 Milk’s next frontier: Lab-made food could change the way we eat – and it’s quickly becoming a reality
Subscriber content
February 15, 2020