The proportion of women filling new seats on corporate boards has reached an all-time high in Canada, but there has been little progress for women at the executive level, a new report says.

A diversity study by law firm Osler, Hoskin & Harcourt LLP found women now hold approximately 23.4 per cent of board seats among Toronto Stock Exchange-listed companies that disclose the number of women on their boards. That’s an increase of almost two percentage points over last year. All-male boards are getting more rare, with only 15.7 per cent of TSX-listed companies reporting having no women.

Osler said the rate at which women are being appointed to boards reached an all-time high: Women filled 39.1 per cent of the newly created or vacated board seats through July 31, 2021, compared with 35 per cent in the same period of 2020.

The numbers are generally better at larger companies. Among the members of the S&P/TSX 60 Index, which represents many of the biggest public companies in Canada, 33.2 per cent of the board seats are held by women, while among the 200-plus companies in the S&P/TSX Composite Index that provide disclosure, the corresponding figure is 31.5 per cent.

Regulators and large investors are pressuring companies all over the world to improve diversity on their boards and in their executive suites, believing that organizations that lack diversity increase their risks and often make poor decisions when their leadership is homogeneous.

The sustainability sector has a problem with lack of diversity

Women are making very little progress at the executive officer level, Osler said, with the proportion of female executive officers increasing slightly to 18.2 per cent from 17 per cent in 2020. Osler describes the figure as “largely unchanged” since 2015, when it was 15 per cent.

While the focus on diversity beyond gender is relatively new, the gender discussion has been going on for some time in Canada, with advocates often pushing for targets or regulations. Canada is unusual in that it requires disclosure of numbers and explanations of gender-diversity philosophy, but does not set explicit representation targets or even require them.

The Conference Board of Canada has pushed on the issue, arguing last April that argued Canada’s disclosure requirements hadn’t accelerated the addition of women to boardrooms from their introduction in 2015 through 2018. And the Ontario Securities Commission, which held a diversity roundtable on Wednesday, has released annual numbers that have shown slow progress among a sample of public companies.

More pressure is coming: Next spring, two major proxy-advisory services will ratchet up their gender-diversity requirements when advising shareholders on how to vote in director elections.

For S&P/TSX Composite Index companies, Institutional Shareholder Services will recommend a “no” vote for the chair of the board’s nominating committee if the company either does not have at least 30 per cent female directors or does not have a 30-per-cent target for women on their boards within a reasonable timeframe.

Glass Lewis & Co. says it will typically recommend a “no” vote against the nominating committee chair when the board has at least seven directors, but does not have at least two female directors. 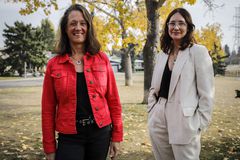 ‘Identity labour’ may keep women of colour from returning to the office
October 5, 2021 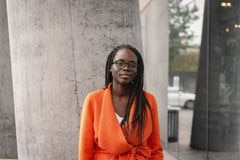 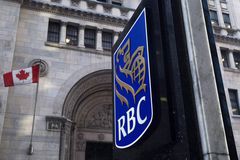