Companies are under more scrutiny than ever. Social media, a neverending news cycle and declining trust over all are contributing to a moment of “reputational risk," according to a new study.

But even in a challenging environment, Canadian companies are faring well, according to the Boston-based Reputation Institute. This is the fifth year that the firm has conducted its worldwide RepTrak study in Canada, and the largest study in this market so far with roughly 40,900 people surveyed and 209 companies measured. Over all, Canadian companies had a 5.2-point increase in reputation, based on the study’s 100-point scale. That’s significant because the firm says that it has seen even a one-point change correlate to significant increases in market capitalization.

The improvement was driven partly by a global trend with a particular impact in Canada: People are more inclined than ever to support companies associated with their home country. While in the past, international brands’ outsized status would help their reputation, there is now a strategic advantage in being Canadian-owned in Canada, according to the research.

Another contributor to the increase in overall corporate reputation was an emphasis on innovation. Canadian companies over all saw a 6.5-point higher rating in a perception of being innovative, a jump that puts them on par with non-Canadian companies this year.

“That says that companies have woken up to the importance of research and development, and of investment in innovating the customer experience,” said Stephen Hahn-Griffiths, chief reputation officer at the firm. “...That’s great for the long-term economic prosperity of the country over all.”

Entertainment phenomenon Cirque du Soleil has the strongest reputation in Canada, according to the Reputation Institute’s latest study. The finding places the company in a rarefied field, with an “excellent” ranking granted to fewer than 0.01 per cent of all businesses globally.

The study’s reputation point scores are calculated by asking each person in the survey group to rate two companies with which they are familiar. Those ratings are based on their perceptions of seven factors – the company’s products and services, its level of innovation, business performance, leadership, what it is like as a workplace, its corporate citizenship and governance. Respondents are also asked to rate emotional factors, as well as their willingness to support the company, to trust it, and to become involved (by buying products, for example, or considering working there or becoming an investor).

Corporate citizenship and governance were particularly significant drivers of reputation in Canada, the study found. While reputation has been improving over all, trust has been eroding, and that could present a future risk.

“Companies need to operate ethically, to be open and transparent, to be in full disclosure of their business practices. Otherwise, it results in suspicion and suspicion can erode business reputation,” Mr. Hahn-Griffiths said.

One example is SNC-Lavalin, which had a weak reputation score, with governance and citizenship scoring particularly low. More than 59 per cent of people surveyed were unsure whether the company is ethical. And the report suggested some of that “reputational challenge” has rubbed off on the Canadian government and on the prime minister, following allegations that Justin Trudeau pressured the former attorney general to order a negotiated settlement in the criminal prosecution of the company.

“The SNC-Lavalin scandal and the association with Trudeau has put all companies in the public light in terms of where they align in the political spectrum,” Mr. Hahn-Griffiths said. “There was a time when business and politics didn’t mix. Today, the reality is, they mix. You’ve got to tread carefully.”

Top 50 most reputable companies in Canada, 2019 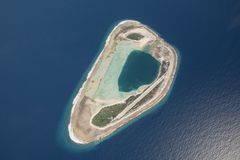 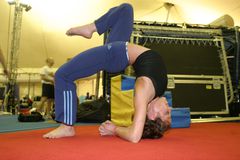 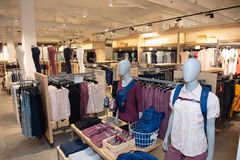