Canadian companies are hoping to carve out a piece of the Mexican recreational cannabis market, which is expected to be nearly four times the size of the Canadian market.

Last week, Mexico’s Supreme Court granted an extension until April, 2020, for Congress to end cannabis prohibition, which multiple rulings in recent years have declared to be unconstitutional. Assuming the deadline is not extended again, experts say establishing a legal cannabis regime in Mexico comparable to what exists in Canada today will take at least until the mid-2020s. The role of private companies in that regime remains unclear.

Canada’s Canopy Growth Corp. and Khiron Life Sciences are among those actively lobbying policy-makers to design a legal cannabis system that would allow foreign corporations to participate. Others, such as Aurora Cannabis Inc., Village Farms International Inc. and the Green Organic Dutchman, are more quietly developing assets and partnerships in Mexico, which is home to 129 million people.

A local industry association called Grupo Promotor de la Industria de Cannabis (GPIC) was formed in late 2018 to lobby the Mexican government on behalf of its 25 members to “promote a regulated market, with specific characteristics and quality players,” according to its website. The complete list of members has never been disclosed, although Canopy Growth confirmed its membership over the weekend and Erick Ponce, GPIC’s president, said via e-mail that Canopy was a member and “some other big Canadian companies are in the process of [joining] but I can’t comment on their status for the time being.”

The Mexican Senate was previously given a deadline of Oct. 23 to pass a legalization bill, but Senator Ricardo Monreal, Leader of the governing Morena party in the upper house of Mexico’s bicameral legislature, said on Friday that lawmakers had already missed that deadline and were not in a position to complete the legislative process before the end of 2019.

The latest Senate proposal includes provisions allowing foreign companies to be involved in Mexico’s legal cannabis ecosystem, with certain limits. However, as The Globe and Mail’s Cannabis Professional News Service reported last week, that proposal is dramatically at odds with a bill tabled last month in the Chamber of Deputies, Mexico’s lower house. The bill calls for the federal government to directly control the cannabis market much as state-owned Petroleos Mexicanos (Pemex) has a monopoly on the domestic oil and gas market.

“It is clear [the Senate is] being lobbied by lots of corporate groups,” said Zara Snapp, a former Truman Scholar at Harvard University who is now co-founder of Mexico City-based cannabis research and advocacy group Instituto RIA. “During the Senate’s public consultation stage there were several Canadian companies, primarily Canadian and not American, who came to give presentations.”

Chris Naprawa, president of Toronto-based Khiron, which has an office in Mexico City and boasts former Mexican president Vicente Fox as one of its directors, made its own, independent presentation to senators last month.

“We would be disappointed if certain parts of the market are cut off by this initial legislation,” Mr. Naprawa said. “But there is still a tremendous amount of support across government, whatever form [legal cannabis] ends up taking, for a postlegalized Mexico to include multiple investment opportunities for a company like Khiron, and it is something we have been preparing for for a long, long time now.”

“Even if we can only participate in more narrow medical markets, that is still a massive opportunity,” he said.

Medical cannabis has been legal in Mexico since 2017, although regulations required for that law to take effect are still being written, meaning sales have yet to begin. In the meantime, Canadian cannabis players are staking their own claims in the country.

Aurora Cannabis entered into a non-binding letter of intent in December, 2018 to buy Farmacias Magistrales, a pharmaceutical manufacturer with distribution to 80,000 retailers and 500 pharmacies and hospitals across Mexico, although company spokesperson Michelle Lefler said “the proposed transaction has not been finalized as a consequence of the evolving regulatory environment in Mexico.”

Green Organic Dutchman struck a deal similar to Aurora’s in October, 2018, with LLACA Grupo Empresarial. That deal formed a 50-50 joint venture granting the Canadian company access to a distribution network of 4,500 pharmacies and 3,100 supermarkets throughout Mexico.

Vancouver-based Village Farms International, a long-time greenhouse vegetable grower with operations across North America and a cannabis venture with Emerald Health Therapeutics called Pure Sunfarms, has been perhaps the most explicit about its Mexican cannabis ambitions. The company has a growing partner in Northern Mexico with 1.7 million square feet of existing greenhouse space and Village Farms’ own investor presentation claims “strong existing partnerships/operations with large-scale growers in Mexico to pursue cannabis opportunities.”

The idea of foreign companies becoming dominant players in the Mexican cannabis market does not sit well with some observers such as Ms. Snapp, however.

“We don’t want a repeat of what happened with the mining industry here where Canadians make the money and Mexicans do the work,” she said. “We do not want [cannabis] to be just another extraction industry, we want to build it for ourselves and not just be the cheap labour for Canadian companies.”

Clarification: An earlier version of this story said Aurora Cannabis had agreed to buy Farmacias Magistrales. It has been updated to reflect the Dec. 2018 agreement as non-binding. 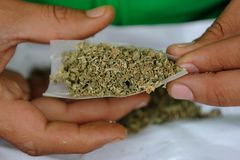 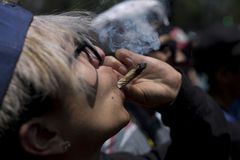