Masked athletes, empty venues, no fans: an Olympics like no other has launched in Tokyo but for Canadian advertisers, it’s largely business as usual.

Canadian companies are sticking with plans to promote their brands during coverage of the Summer Games despite growing fears it could become a superspreader event as more athletes test positive for COVID-19.

The ongoing advertising plans of Canadian sponsors signals not just the sizable investment they’ve already committed to the Games, but the continued benefits of being linked to an event with strong viewership and consumer engagement that can evoke feelings of patriotism and pride, experts say.

“The minute the first gold medal is won there will be a very different tone.”

Still, the mood heading into the first weekend of competition was sombre as rising infection rates risked eclipsing the world’s premier athletic competition.

Calls continued in Japan to cancel the Olympics, making advertising during the event an increasingly thorny proposition for companies.

Top corporate sponsors in Japan like Panasonic, NEC, Bridgestone, Fujitsu and Toyota have taken steps to distance themselves from the Tokyo Games, with some even scrapping all Olympic-themed television advertisements in the host country.

The unprecedented move underscores how contentious the postponed 2020 Olympics have become, with rising boardroom fears of being connected to the pandemic-era event and the potential impact on a brand’s reputation.

“What matters is that (brands) retain their reputation and that might mean walking away,” said marketing expert Markus Giesler. “Toyota recognized this and pulled their ads in Japan, and it came across as the responsible thing to do.”

Still, Canadian advertisers say they have no plans to skip the event.

Toyota Canada’s advertising campaign “has already been introduced nationally and will continue to be shown as planned with our media partners,” spokesman Michael Bouliane said in an email.

Corporate sponsors including Bell Canada and the Royal Bank of Canada also confirmed their advertising plans are moving ahead as planned.

The decision to continue advertising during an Olympics that has ignited public health concerns and garnered criticism around the world underlines the ongoing benefits of the global event for brands.

“There’s still tremendous value in the Olympics,” Simon said. “NBC has shown that their ad sales are more robust than ever. From a North American standpoint, it’s full-steam ahead.”

NBC Universal said last year it had sold more than $1.25-billion in advertising for the Tokyo Olympics, a record-setting amount for the Games.

CBC, the Canadian rights holder to the Tokyo Olympics, declined to disclose financial information regarding national advertising revenue for the event, saying only that the sales figures are “competitive information.”

But Canadian advertisers have likely committed enough money that they won’t walk away unless things get dire, Giesler said.

“The Olympics have been inscribed with values and morals that have taken on a near mythical status, and companies want to be associated with that,” he said. “They want those positive feelings of great competition and camaraderie reflected in their brand.”

But just because Canadian companies are rolling out their Olympic ads doesn’t mean they aren’t keeping close tabs on public sentiment.

“They will be constantly monitoring the public conversation around the Olympics and anything that could potentially bring harm to the brand,” Giesler said.

Indeed, if things go sideways, companies could face criticism for spending untold amounts on advertising when they could have helped with vaccine supplies and other measures to fight the pandemic, said Tandy Thomas, an associate professor at Queen’s University’s Smith School of Business.

But despite the potential pitfalls, she said advertising that lauds the accomplishments of Canadian athletes continues to be a safe bet.

“The situation from every angle – from a health and safety perspective, from a marketing perspective – is fraught with peril,” Thomas said. “But those young athletes are doing their best in this very difficult situation and having some support from their home country and supporters is a good thing.”

She added: “Many people will argue the Olympics shouldn’t be happening. But supporting Canadian athletes is never something that will be viewed poorly.”

Japanese greet opening ceremony of Olympics with shrugs and shouts of anger
July 23, 2021 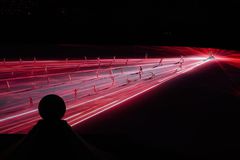 Opinion
As Tokyo Olympics open, the first thought that leaps to mind is: ‘That’s it?’
Subscriber content
July 23, 2021 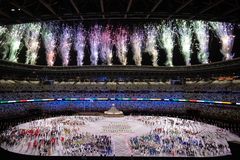 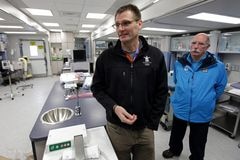