In another era, a multifunctional kitchen gadget such as the Instant Pot would have been made for TV. Sure, the Canadian invention doesn’t dice, it doesn’t slice. But, it sautés! It slow-cooks! It makes rice and yogurt! It puts dinner on the table in 30 minutes or less! But the product never needed a slick pitchman. Instead, it had legions of evangelists spreading the good culinary news at dinner parties and on Facebook – declaring themselves “obsessed,” “converted” and “in love.”

Now, Kanata, Ont.-based Instant Brands is eyeing retail distribution and international growth in a merger with Illinois-based Corelle Brands LLC, maker of brands such as Pyrex and CorningWare. Private equity firm Cornell Capital owns Corelle, which the company credits with helping improve its marketing and distribution capabilities, as well as its market position in Asia.

The companies characterized the deal announced on Monday as a merger; financial terms were not disclosed. Corelle’s president and CEO, Ken Wilkes, will be CEO of the combined company while Instant Brands founder and CEO Robert Wang will take on the title chief innovation officer. The Instant Brands division of the company will continue to be based in the Ottawa suburb where it operates. Corelle has roughly 3,000 employees; Instant Brands has about 120, up from just 25 in early 2016.

The deal comes after a meteoric rise for Instant Brands, which has found a devoted following, all with next to no traditional advertising.

Mr. Wang, a former Nortel engineer, invested roughly $300,000 of his own savings and cooked up the invention starting in 2008 with partners Yi Qin and Dongjun Wang. The idea was to make it faster and easier to get dinner on the table. Pressure cookers have sped up cooking times for ages, but the founders wanted to make one that doubled as a slow cooker and a rice cooker and many other functions, along with programming buttons that could automate some tasks and make the process easier to control.

The Instant Pot went on sale in 2010. It can be difficult to convince home cooks they need yet another gizmo taking up valuable counter space; but soon enough, cooks were doing the convincing on their own.

The company did very little advertising in its first five years on the market. It was profitable within three years. Mr. Wang would not disclose its current revenues or the number of units it has sold around the world, but said that the company has been doubling or tripling its sales every year for the past few years.

Most of that growth has been through online sales, and the company relied heavily on Amazon’s order-fulfillment service, which three years ago was responsible for about 95 per cent of Instant Pot’s revenues.

“Online shopping is about 10 per cent of the retail industry; about 90 per cent is still happening offline,” Mr. Wang said in an interview. “In order for Instant Pot to get to every home in North America, we have to go to brick-and-mortar stores, but the fulfillment process is much more complex. That’s something we haven’t been able to master yet. Corelle gave us that capability.”

By expanding beyond e-commerce, the companies believe the product has more opportunities for growth in North America, and is also looking to global markets, working to expand in places such as Australia, Mexico and Europe.

Instant Brands has also branched into new products, launching a blender last year that also cooks food. At least three more new products are due to come on the market this year, Mr. Wang said.

The companies envision combining some of their brands in new product development. Some fans of Instant Pot already use Pyrex and other oven-safe dishes in a practice known as “pot-in-pot” cooking, which is not strictly authorized in the user’s manual. Mr. Wilkes wouldn’t comment on such practices but said he anticipates cross-development of new products under the combined brands.

Corelle also plans to help Instant Brands fine-tune its marketing to build on the word-of-mouth-driven growth of recent years. Instant Brands tapped into its fanbase, taking their suggestions as it released new versions of the product every year to year-and-a-half – a development cycle that has resembled a tech company more than a kitchenware brand. Multiple Facebook groups are devoted to sharing Instant Pot recipes and tricks with hundreds of thousands of members.

Jessica Trieu, an optician in Edmonton, manages The Canadian Instant Pot Community group on Facebook. She was “peer-pressured” by her brother into buying her first Instant Pot, and caved just to keep him quiet. She’s now turned to converting multiple friends. She cited a growing interest in eating healthy as a factor in the Instant Pot’s success. “A lot of people are learning how to cook again.” 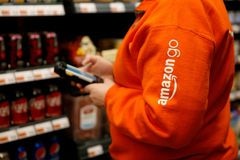 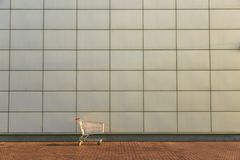