Canada’s corporate debt markets have picked up where they left off after grinding to an abrupt halt at the end of 2018: growing in size and adding more risk.

Though record levels of household debt grab most of the attention, corporate debt has actually grown at a faster pace since the financial crisis. Canada’s ratio of non-financial corporate debt to gross domestic product (GDP) rose from about 84 per cent in 2008 to 113 per cent in 2018, according to the Bank for International Settlements.

Corporate debt has also spiked relative to Canadian companies’ profits, by roughly 30 per cent since 2011. That’s due almost entirely to the oil and mining sectors, which added debt even as commodity prices dropped, sapping their earnings. But the global surge in corporate indebtedness has been stark enough that the Bank of Canada flagged it as a vulnerability in its latest review of the financial system.

Corporate leverage “has exploded over the last decade and has some risky qualities,” said senior deputy governor Carolyn Wilkins in a speech earlier this month.

The Canadian trend mirrors other major economies, including the United States and China, where companies have flocked to bond markets to take advantage of cheap money. Banks pulled back on corporate loans while they were still healing from the financial crisis, but new issues of corporate debt filled the void. Investors hungry for yield made for eager buyers. As a result, the global value of corporate bonds outstanding increased 2.7 times since 2007 to US$11.7-trillion, doubling as a share of GDP, according to a 2018 report by McKinsey & Company.

Then, late last year, the music stopped – briefly. Investors began to fear a spell of higher interest rates and lower corporate earnings. In particular, the high-yield market seized up: In Canada, there was no new speculative-grade debt issued in December, according to Moody’s Investors Service.

But the new year brought a new tone from central bankers, who appear to have pressed pause on rate hikes for the time being. And the corporate bond market has reignited. Activity picked up through January and February and in March, companies have come back to market “in a meaningful way,” said Marc St-Onge, global head of debt capital markets at CIBC World Markets Inc. Fixed-income investors have also come back “with conviction,” he added.

As yields have dropped on government bonds and treasuries, investors are “taking a little bit more risk" by buying corporate debt that offers more generous spreads over and above government bonds, he said, and by accepting bonds that take longer to mature.

The upshot is that “they’re getting paid less to take on that risk,” said Brett New, managing director of debt and capital advisory for PricewaterhouseCoopers Canada.

When issuing bonds, companies are also insisting on including fewer and looser covenants – the agreements that require firms to meet certain conditions – which could leave investors with fewer protections. Moody’s tracks the quality of covenants, and Canadian scores got worse in 2018. In fact, each year since Moody’s began keeping track, “the protections offered to investors in Canadian companies’ bonds has weakened,” according to a report released Friday.

“Every deal that goes to market ends up being oversubscribed. It’s been a borrower’s market for a long time,” said Bill Wolfe, a senior vice-president at Moody’s.

Covenant-light debt is still far more common in the United States, where the proportion of junk bonds and BBB-rated bonds, which are considered barely investment-grade, has been swelling. But “that trend [toward lesser covenants] is certainly extending into Canada,” Mr. New said.

If borrowing costs rise as bonds come due, the United States in particular could see more defaults on high-yield debt and leveraged loans. The high-yield market is smaller in Canada, but credit quality has slowly eroded, “and the share of BBB-rated debt is higher now,” said Rob Palombi, managing director of economics for Standard & Poor’s.

"We think Canada will probably experience its share of problems, along with other advanced economies, when the credit cycle turns,” he said.

In the short term, there are mitigating factors to give comfort to issuers and investors alike. Canadian corporate balance sheets generally look strong, and companies have boosted their cash holdings, adding an extra cushion in times of stress – though most of that cash is not held by the most vulnerable companies.

“In the end, corporations are in wonderful shape in terms of their income statements and balance sheets,” said Terry Carr, chief investment officer for Canadian fixed income at Manulife Asset Management Ltd. “And I know that’s not often the refrain but ... they’re at record profitability and the debt they’re carrying generally is manageable.”

In some respects, broader and deeper corporate bond markets are good news. Access to relatively cheap debt has given Canadian businesses new ways to raise capital and invest for the future, for instance in technology and automation to improve efficiency.

“It’s not just piling up debt on the balance sheet, they are finding productive things to do,” Mr. Carr said. “The proliferation of debt may not be irrational and crazy risk taking. It might be quite prudent.”

Over the longer term, however, there are still concerns about companies’ abilities to cope with rising debt loads. Interest rates will eventually rise, putting pressure on companies refinancing at higher rates. And the greatest threats still reside in uncertainty over trade wars and political unrest, most notably between the United States and China.

When bond markets seized up in December, most companies got over the hump by tapping bank lines of credit to cover short-term obligations. “Companies have, I think, learned a lesson from the financial crisis in making sure that they’ve got access to plentiful, fairly long-term bank liquidity to cover the odd economic disruption or market disruption,” Mr. St-Onge said.

Over the next five years, a record amount of corporate bonds will mature worldwide, according to McKinsey. Unsurprisingly, the lowest-grade borrowers tend to be the best barometer for the health of the overall debt markets. Moody’s predicts defaults by Canadian speculative-grade companies will decline in 2019, “but when the defaults occur you’ll have a higher expected loss," Mr. Wolfe said.

Canadian corporations have US$97-billion in debt, both investment grade and non-investment grade, maturing between now and 2023 – the most for any five-year span since 2009. More than a third of that total matures in 2023 alone. That makes it more likely some companies will take advantage of the current low cost of capital to sort out their refinancing before the bulge in maturities arrives.

The largest slices of speculative-grade debt coming due belong to pharmaceutical firm Bausch Health, Bombardier Inc. and satellite communications company Telesat, which have a combined US$15.5-billion maturing by 2023, according to Moody’s. At the low-end of investment-grade debt, Shaw Communications Inc. and Goldcorp Inc. each have nearly US$2-billion that needs replacing over the next five years (though Goldcorp has agreed to be acquired by Newmont Mining Corp.).

So far, refinancing conditions look stable, but much will hinge on when – and how dramatically – the economic cycle turns.

Debt and wealth: So many Canadians are either messed up or poor Subscriber content
March 27, 2019 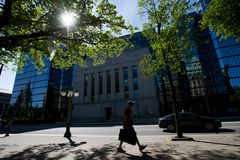 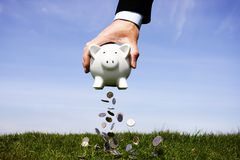