The Globe and Mail spoke to more than a dozen companies in the crypto sector, ranging from crypto exchanges to crypto miners and digital asset custodians, and almost all said they have struggled to open bank accounts and secure credit cards or lines of credit from the Big Five banks.

Some of the crypto executives were reluctant to speak openly and on the record about their issues obtaining banking services from Bank of Montreal, Royal Bank of Canada, Canadian Imperial Bank of Commerce, Bank of Nova Scotia and Toronto-Dominion Bank because they felt it would jeopardize their chances at cultivating a relationship with the banks.

But almost all of them were fed up and frustrated with the obstacles they face in dealing with the big banks, which they say have not kept up with the pace of innovation in the industry and do not have clear and consistent policies on what it would take to do business with crypto companies.

“It is extremely frustrating to be a legitimate business, be regulated by FINTRAC, and to go through the process of becoming formally regulated by securities regulators as a crypto trading platform, and still not be able to establish a credit history in Canada because we can’t get a credit card,” said Justin Hartzman, chief executive and co-founder of CoinSmart, a Toronto-based crypto exchange. (FINTRAC is the acronym for Financial Transactions and Reports Analysis Centre of Canada.)

Mr. Hartzman said CoinSmart was not able to open a bank account with a Big Five bank and currently does business with a smaller financial institution. “We are determined to work with the larger banks on a solution that fits their risk profile,” he added.

The Canadian crypto industry has experienced explosive growth over the past two years, as digital currencies have increasingly gained mainstream acceptance among retail investors, spawning numerous new digital asset-focused funds and crypto trading platforms. Canadian-based bitcoin mining companies such as Hut 8 Mining Corp. and Bitfarms Inc., for example, have reported record revenues in recent quarters, capitalizing on the feverish pace at which investors and institutions have embraced the world of digital assets.

The size and scope of the industry has prompted regulators to start establishing clear rules for crypto companies. As of June, 2020, for example, all companies dealing in virtual currency transactions were obligated to follow FINTRAC’s “know-your-client” rules, and register their business with the regulator. In late March of this year, the Canadian Securities Administrators, a group representing securities regulators in all provinces and territories, warned crypto trading platforms that they would have to begin the process of getting regulated by early summer. To date, only three companies – Wealthsimple Inc., Netcoins Inc., and Coinberry Ltd. – are fully regulated as crypto trading platforms.

Mitchell Demeter, co-founder and president of Netcoins, said that while it has been tough for his company to obtain services from the big Canadian banks, he hopes that will change given the company’s regulatory status. “One of the main benefits of getting regulated by the Ontario Securities Commission, is that we are hoping it will open the doors for more banking,” he said.

According to Coinberry chief executive officer Andrei Poliakov, his company’s status as one of three regulated crypto trading platforms had prompted some doors on Bay Street to start opening. “When we first started out, no one understood this space. I can’t fault financial institutions for not taking on a business with a particular risk profile in the past, but I think that has to change,” he said.

But one executive from a Toronto-based crypto exchange said the banks’ approach to crypto companies had not changed much over the past four years, even with cryptocurrency becoming more mainstream among retail investors and securities authorities developing a clear framework on how to regulate the industry. The Globe and Mail is not identifying the source because he is not authorized to speak to the media.

The executive said that his company had successfully become a client of a smaller financial institution a year ago after being denied services from the Big Five banks, but recently learned that that institution, too, is slowly starting to move away from servicing crypto companies.

Some banks clearly state that they will not deal with crypto companies in any capacity. In an e-mailed statement, CIBC spokesperson Nima Ranawana said the bank “does not provide basic banking services” to companies in the sector. National Bank of Canada, the sixth-largest Canadian bank, said it too does not provide credit cards, bank accounts or lines of credit to companies that “specialize in the issuance, trading or distribution of cryptocurrencies.”

Others appear to be vague in their stance on banking crypto companies. RBC said it evaluates potential clients on a “case-by-case basis” to ensure compliance with the bank’s internal risk parameters. TD told The Globe that cryptocurrency is something the bank is continuing to “watch closely.” Scotiabank declined a request for comment and BMO did not respond to a request for comment.

Matthew McGuire, co-founder of Toronto-based anti-money-laundering consulting firm The AML Shop, believes that the reason why so many mainstream banks are reluctant to engage with crypto companies is because they are not large enough to justify the risk factor.

“The amount of monitoring you’re going to have to conduct on transactions coupled with expectations from OSFI that banks be prudent about money service businesses, is simply not worth it, unless the bank is getting substantial fees in return,” he said. (OSFI stands for Office of the Superintendent of Financial Institutions, the country’s banking regulator.)

To complicate matters, there is no clear framework from OSFI on how banks should treat crypto companies, although the agency is currently consulting with various financial institutions to develop a “risk-sensitive” approach to crypto assets.

But not all crypto companies The Globe spoke to have failed to engage with a large financial institution. Ether Capital Corp., a Toronto-based crypto company that provides public market exposure to ethereum by investing in the digital asset, banks with one of the Big Five, which it did not identify. CEO Brian Mosoff said it helped that his company had board members with a long history of involvement in traditional finance. Som Seif, the founder and CEO of Purpose Investments Inc. and a household name on Bay Street, co-founded Ether Capital and is a co-chief investment officer.

“Banks may be overweighting the risks of doing business with crypto companies right now, but once they themselves get more involved in digital assets, I think you’ll see them open up,” Mr. Mosoff said.

John Loeprich, chief financial officer of 3iQ Corp., the first company to obtain regulatory approval to list a crypto fund (The Bitcoin Fund) on a major exchange, said that while 3iQ has corporate bank accounts with one of the large Canadian banks, the company had a hard time opening them back in 2018. “There is certainly a more intensive onboarding process by the banks for financial firms dealing with crypto products,” he said.

“But I have to give our current bank kudos for sticking with us. Companies dealing with digital assets are put through a much higher level of due diligence by the banks – you really have to fight for what companies in other industries take for granted,” he added. 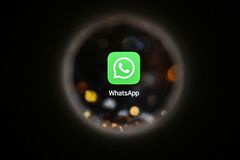 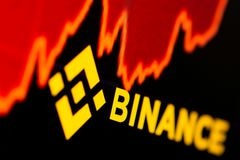