Founded by Canadian Walter Schroeder and based in Toronto, DBRS was first sold in 2014 to two private equity firms, Carlyle Group and Warburg Pincus, for a reported US$500-million. Five years later, the private equity owners are selling DBRS to Morningstar for US$669-million.

Returns for the two private equity firms were not disclosed, and the sale price does not include any dividends that DBRS may have paid out over the past five years.

For Morningstar, the deal signals an attempt to diversify away from its traditional focus on equity funds. The company currently runs a small credit-rating division, but its market share was 0.1 per cent of outstanding credit ratings at the end of 2017, according to the U.S. Securities and Exchange Commission. Debt ratings are dominated by global giants Moody’s Corp. and S&P Global.

DBRS, meanwhile, is joining forces with a company with strong brand recognition, which could help it to expand globally. While the company now has offices in five countries and employs about 500 people, its Canadian business still makes up a large slice of its revenue. DBRS currently has a 2.3-per-cent market share for credit ratings, according to the SEC.

Both Morningstar and DBRS declined to comment on the deal, citing a blackout period until the transaction closes later this year.

However, ratings businesses aren’t their only revenue sources. Both companies have financial-data arms, such as Moody’s Analytics, which delivers 40 per cent of Moody’s revenue.

Still, Morningstar’s stock has also performed well over the past five years, up 95 per cent. In a public letter on Wednesday, Morningstar chief executive Kunal Kapoor addressed the value he sees in credit research. “Despite bonds being an important part of a well-diversified portfolio, the size and complexity of the fixed-income universe can be especially challenging for advisers and individual investors to navigate and comprehend. Together, DBRS and Morningstar will stand ready to serve as guides.”

As a privately held company, DBRS does not have to report its financials, but Morningstar disclosed that in fiscal 2018, DBRS had revenue of US$167-million.

Morningstar estimates that the credit-rating market has grown at a compounded annual growth rate of about 7 per cent over the past 10 years, and it believes this market will keep growing, in part because new types of debt products continue to launch.

“While low interest rates continue to support corporate borrowing demand, the secular growth story here is also a good one,” Mr. Kapoor wrote in his public letter. “Bond issuances have increasingly displaced bank loans in the U.S. and Europe, and ratings activity hasn’t kept pace with the proliferation of new structured product categories, particularly in esoteric asset-backed securities, where we believe we can improve transparency.”

On a recent conference call, Moody’s chief financial officer said expansion in the ratings business is largely driven by gross domestic product growth. Both Moody’s and S&P have also made heavy pushes into China’s debt market, which has been underserved by independent analysts.

Global growth was a major focus for Carlyle when it first acquired DBRS in 2014, but in the years since the firm’s point person on the DBRS purchase, Olivier Sarkozy, left the firm and launched his own private equity shop.

DBRS founder Mr. Schroeder created the firm in 1976, and DBRS expanded its operations to the United States in 2003. During the global financial crisis of 2007 and 2008, DBRS suffered from placing high ratings on $33-billion worth of third-party asset-backed commercial paper that froze and nearly lost all of its value. 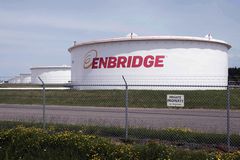 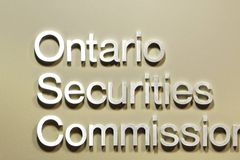