Rivalry, a Canadian e-sports betting platform, has raised US$20-million in a round of financing as it pursues a stock exchange listing this year.

Steven Salz, the 30-year-old co-founder of Rivalry’s parent company PMML Corp., did not disclose who financed the round, but said institutional funds from Canada, the United States, Europe and Australia participated, along with a major gambling operator in the U.S.

“The flavour is very much institutional fund heavy versus venture capital,” he said in an interview. The company has raised approximately US$9-million in earlier rounds.

“This financing was different because we’re on the path to listing the company as well,” Mr. Salz said, indicating that Rivalry hopes to be on a Canadian stock exchange in the first half of 2021.

Founded in 2017, Rivalry offers betting on e-sports and traditional sports on its platform aimed at the youngest millennials and members of Generation Z. Rivalry is what upstart brokerage “Robinhood is to TD Ameritrade or Charles Schwab” in the world of online sports betting, according to Mr. Salz. He said his business has grown 400 per cent year-over-year.

The company’s offices are in Canada, but it hasn’t taken a single bet from a Canadian customer because of licensing regulations. Mr. Salz said Rivalry has about 375,000 users, mostly in Latin America, and almost all of them are younger than 30. The region, he said, has an “absolutely feverish e-sports fan base,” with a young population full of smartphone natives.

Mr. Salz said e-sports betting is just like sports betting, except that the team you wager on plays on a screen instead of a field or court. Betting on e-sports is an estimated US$17-billion dollar industry.

A focus on e-sports differentiates Rivalry from competitors such as British-based Bet365, or Canadian counterpart theScore – their offices are a five-minute walk apart in downtown Toronto – but Mr. Salz expects traditional sports betting to become their company’s main business in about a year.

“We just use gaming media and e-sports as an acquisition strategy and a brand strategy because it’s where we came from and we get it. But people that want to bet on e-sports also are watching the UFC [Ultimate Fighting Championship], and they want to bet on UFC.”

Rivalry won’t take a Canadian bettor’s wager on a cage match right now, but that could soon change. The company’s gambling licence allows it to take single-game bets in offshore markets that lack a domestic gambling licence, but because it is located in Canada, it cannot accept Canadian wagers.

Currently, sports bets in Canada must include at least two events in a single wager, commonly known as parlay betting. However, two federal bills – Bill C-218 and Bill C-13 – that would decriminalize single-game sports betting in Canada are moving through the House of Commons. If passed, provinces and territories would be able to select private operators to enter their markets.

On Feb. 25, theScore, which can accept sports bets in four U.S. states, made its debut on the Nasdaq stock exchange. On the Toronto Stock Exchange, it has a market cap of $1.5-billion, and about four million monthly active users of its app. Rivalry is positioning itself to compete with theScore and international competitors such as DraftKings and FanDuel by focusing on a younger audience.

“Almost all other traditional sports books target early to mid-30s and up,” Mr. Salz said. “There is an entire demographic and cohort of the population that does not have a product that was made for them and is not being spoken to in their language at all.”

Toronto set to be home to e-sports performance venue by 2025
Subscriber content
February 22, 2021 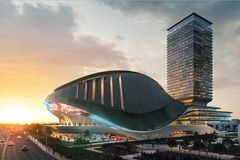 Power-up mode: Enthusiast Gaming is racing ahead of e-sports rivals, but can it make money?
Subscriber content
January 8, 2021 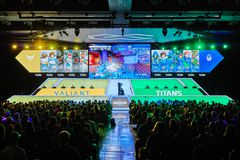 NBA brings flash to Esports, but can it hold on to its viewers?
Subscriber content
August 30, 2020 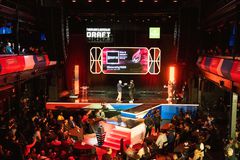 Follow Jaren Kerr on Twitter @jwvkerr
Report an error Editorial code of conduct
Due to technical reasons, we have temporarily removed commenting from our articles. We hope to have this fixed soon. Thank you for your patience. If you are looking to give feedback on our new site, please send it along to feedback@globeandmail.com. If you want to write a letter to the editor, please forward to letters@globeandmail.com.
Comments