Canada’s labour market suffered a surprise loss of 1,800 positions in October, Statistics Canada said Friday, taking some shine off what’s been a notable bright spot in the economy.

October’s slip was driven by the loss of 16,000 full-time jobs, too steep to be offset by a gain in part-time employment. Economists were expecting an overall increase of 15,000 positions, according to the consensus estimate of those surveyed by Bloomberg. The unemployment rate held steady at 5.5 per cent.

Despite the loss, wage growth continues to run above 4 per cent, and total hiring in 2019 is the strongest it has been since 2002, following a handful of months of sizable gains.

It’s unlikely that October’s Labour Force Survey will encourage the Bank of Canada to cut interest rates, economists said. But going forward, the question is whether Friday’s results were a blip or whether a malaise that has affected other segments of the economy has spread to the job market.

“This year's run of robust job gains appeared too good to be true, given sluggish underlying [gross domestic product] growth, so the October setback is not a complete shock,” said Douglas Porter, chief economist at Bank of Montreal, in a note to clients.

However, he noted that key metrics “reflect a very healthy underlying employment picture, and that is what the Bank of Canada will focus on, not a one-month wobble in jobs.”

At the provincial level, British Columbia was a standout region with more than 15,000 positions created in October. Meanwhile, Ontario and Quebec – where hiring has been especially strong this year – saw a retrenchment in employment.

Ontario accounted for most of the roughly 23,000 manufacturing positions that were lost in the month. The General Motors strike did not drive that decrease, Statscan data showed, with losses seen in the food and plastics industries.

“If there’s one wart that I would point to in this report, it was the weak numbers that we saw in construction and manufacturing,” said Brendon Bernard, economist at hiring site Indeed Canada.

“Manufacturing has gone through a bit of turmoil the past few months around the world, so we want to keep an eye out for whether those jitters are starting to have an impact at home,” he added.

Employment in public administration jumped by about 20,000 in October, though temporary hiring related to the federal election likely masked what would have otherwise been a steeper overall job loss.

“Strip out all of the public administration component and underlying job growth … was down as much as 22,000 [positions],” Derek Holt, head of capital markets economics at the Bank of Nova Scotia, said in a client note. “That’s the weakest jobs number since July, but hardly the end of the world after a torrid pace of gains over the prior two months.” August and September saw the economy add a combined total of 135,00O jobs.

Despite October’s loss, employment has grown by 443,000 positions (or 2.4 per cent) over the past year, and is largely comprised of full-time jobs. In September, the percentage of working-age Canadians (15 to 64) who were employed hit a record of 74.7 per cent.

Moreover, wage growth continues to run strong. Average weekly wages jumped by 4.2 per cent for all workers in October, and by 4.4 per cent for permanent employees. Average hourly wages also popped up by more than 4 per cent. The data suggest that, with the jobless rate hovering near an historic low, a tight labour market has started to result in stronger wage gains.

However, many expect the pace of hiring to slow, given wider economic fundamentals.

“It would be pretty surprising to see Canada maintain that [annual rate of hiring] for a sustained period, particularly given the pace of population aging,” Mr. Bernard said.

Royce Mendes, senior economist at Canadian Imperial Bank of Commerce, noted how job growth has outpaced other key indicators over the past year, such as gross domestic product.

“We continue to see a convergence coming from a further slowdown in employment, eventually leading the Bank of Canada to trim rates, and [Friday’s] data could be the first step in that direction,” he said in a research note. 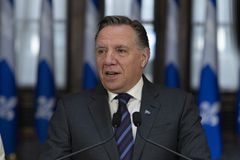 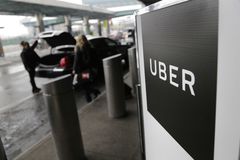 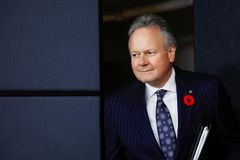