The U.S. is set to supercharge its economic recovery with another dose of stimulus and post its strongest growth in decades, giving a lift to Canada’s own rebound from the COVID-19 pandemic.

On Thursday, President Joe Biden signed into law a US$1.9-trillion stimulus package that will send US$1,400 cheques to millions of Americans and extend a US$300 weekly top-up in jobless aid, along with a raft of other efforts to aid the recovery.

Economists have been ripping up their U.S. forecasts to account for the latest round of stimulus, along with a rapid pace of vaccinations and macroeconomic results that frequently top expectations. The median estimate is that the world’s largest economy will grow 5.5 per cent this year, the fastest pace since 1984.

How to play the great reopening: Look to small caps, Canada and away from U.S., tech

Research firm Oxford Economics says the U.S. will contribute more to global economic growth this year than China – a first since 2005.

The brighter U.S. outlook has led to a chorus of voices on how Canada stands to benefit, notably through stronger U.S. demand for Canadian products, along with support for commodity prices that have rallied strongly over several months.

At the same time, several analysts have pulled forward the start date for rate hikes from the Federal Reserve and the Bank of Canada into 2022 – a timeline at odds with recent messaging from both central banks.

“There are signs that the [U.S.] recovery is already starting to give us a bit of a lift,” said Dennis Darby, president and chief executive officer of Canadian Manufacturers & Exporters. The association is projecting the new U.S. stimulus will add half a percentage point to Canada’s economic growth. “So it’s not insignificant,” Mr. Darby added.

On the trade front, Canada received surprising results last week. Exports to the U.S. jumped 11.3 per cent to $37.2-billion in January, partly owing to one-off factors, but also higher prices for crude oil and lumber. That was the strongest month for exports to the U.S. since September, 2019. At $6.2-billion, Canada’s goods surplus with the U.S. was the largest since 2008.

“The U.S. story is definitely great news for Canada, but maybe a shade less than excellent,” said Avery Shenfeld, chief economist at CIBC Capital Markets. That’s because, as health restrictions ease, Americans will ramp up spending on services – something that Canadian companies are less able to take advantage of.

When services are included, Canada’s trade balance has been “artificially improved,” Mr. Shenfeld said, owing to continuing travel restrictions. As those rules are phased out, “a few more Americans will come to ski here or attend a concert. But that will be swamped by Canadians spending money abroad.”

The Biden administration has also signalled its desire for an ambitious infrastructure plan. That would bring added “stimulus effects” into Canada, said Derek Holt, head of capital markets economics at Scotiabank, in a client note.

But a key need for Canada, Mr. Darby said, is to ensure it’s exempted from ‘Buy American’ provisions. Shortly after his inauguration, Mr. Biden signed an executive order that aims to limit opportunities for foreign companies in government contracts.

“There are some hindrances that make it hard for us to benefit completely from the rebound,” Mr. Darby said.

In recent days, several banks have raised their outlooks for Canadian growth. Beyond the U.S. impact, Canada is seeing its vaccination drive improve and recent economic data is coming in stronger than expected. Royal Bank of Canada upgraded its estimate for 2021 growth to 6.3 per cent (from 5 per cent), while Scotiabank has pencilled in 6.2 per cent.

With growth on a faster track, many economists and investors now think the Federal Reserve and Bank of Canada will begin to raise interest rates in 2022. (The most recent messaging from those central banks is that the Fed will keep its policy rate at a record low until 2024, and the BoC until 2023.) An accelerated timeline would mean a quicker economic recovery. In that scenario, higher interest rates would curb investments in housing and capital, Mr. Shenfeld said.

“If fiscal policy overheats the economy, it’s not necessarily that you end up with inflation,” he said. “But you do end up with a higher interest-rate environment as an offset, and that squeezes out some other growth.” 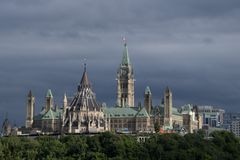 Inside the pandemic wealth boom – and why it’s not spread evenly
Subscriber content
March 8, 2021 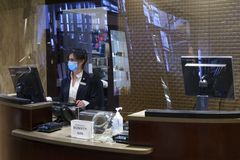