Neither the chair nor the CEO of Toronto’s newest food-delivery app company work on Mondays. That’s because the chair, ostensibly, is famous comic-book cat Garfield, and Nathen Mazri, the CEO – which stands for chief “entergage” officer – is an astute Garfield loyalist.

On Wednesday, Mr. Mazri’s pet project came to life on Toronto’s streets: GarfieldEATS. The name says it all: download the app and a world of Garfield will be at your fingertips. Garfield-shaped pizza and chocolates, Garfuccinos, and – of course – lasagna can be delivered to your door. Based out of an orange-bedecked storefront on Bloor Street West at Dovercourt Road, former Montrealer Mr. Mazri hopes to deliver food to consumers in environmentally friendly ways, including hybrid cars and electric scooters. (Pizza prices range from $13 to $18.99; lasagna is $17.99; the delivery zone is limited to about 20 kilometres from the store.)

The whole thing might sound like a cartoon storyline – but it’s endorsed by Garfield creator Jim Davis. Mr. Mazri, 31, describes himself as “the world’s youngest Garfield licensee.”

The idea for a Garfield-themed food-delivery app and restaurant, which Mr. Mazri says has been using Dubai as a test market for about a year, might come across as absurd, but the CEO believes he can use one of the world’s most recognizable animated characters to resuscitate the lagging quick-service restaurant segment. This is where “entergagement” comes in – GarfieldEATS is betting on people opening the app over and over to play games and watch the 1990s Garfield and Friends TV show, ordering food as part of the experience.

Mr. Davis, who first heard about Mr. Mazri’s idea through a licensing agent in 2016, called GarfieldEATS "the most inventive and well-rounded concept we have ever received from the restaurant industry sector,” in an e-mail to The Globe. “It would be great fun to see Garfield feeding the world. Nothing would make him happier, except of course, feeding himself.”

While the name bears a resemblance to Uber Eats, the ride-hailing company’s own food-delivery app, an Uber spokesperson said that “we’re aware of it but it doesn’t have anything to do with us,” adding: “I mean, who doesn’t want to try eating a Garfield-shaped pizza?”

Whether it’s built to last, however, depends on Mr. Mazri converting some 200 million daily-newspaper Garfield readers into regular diners, starting in Toronto. If things pan out in Toronto, he hopes to add other cities such as New York, Los Angeles or Montreal.

“I haven’t seen anything quite like this, but I like what he’s doing,” said Robert Carter, an industry adviser for the food-service sector with The NPD Group. The “entergagement” strategy, Mr. Carter said, could help GarfieldEATS avoid the sluggish 1-to-2-per-cent annual growth of the traditional restaurant industry in Canada, and play in the much more competitive digital-delivery marketplace, which he said has more than 20-per-cent annual growth. “The battle is: How do you get consumers more engaged?” Mr. Carter said. “This is pretty playful.”

The Globe and Mail spoke to Mr. Mazri by phone to learn more. The call did not take place on a Monday.

People online seem to wonder whether this is real.

Yes, it’s real. I come from brand management. My father owned Van Houtte, Mr. Sub and Jugo Juice brands all over the Middle East. I learned franchise manuals, recipe development, I learned it all. I knew the future was digital. I saw my father suffer – why am I going to continue to franchise as a franchisee, as a small man here, and try to pay for rights and comply with every single regulation and policy and procedure for the franchisors? Why can’t I be the franchisor?

I came up with an “entergaging” food app. And entergaging means it’s an engaging user interface; we entertain you in the app and engage you in order to increase user retention, keep you on the app and make your order. You can watch the Garfield and Friends series, you can play with augmented reality while you wait for your delivery. You can collect Paws [proprietary points] and redeem them through Goupons.

Like “coupon,” but I just used G because of Garfield. I’m all branded. How did I connect to Garfield? It’s really destiny. My mother used to bring me Garfield comic books. She used to hide them behind her back, and whenever I’d get an A or A+ – maybe a B+ – she used to come and surprise me with them. My first language was French, so I learned English with comic books.

And there’s relevance – Garfield does eat pizza, lasagna, coffee, spaghetti. It makes perfect sense. I’ve done my research in order to infuse the same brand values with it. So it’s not Garfield “themed” – it is created with the intention of building a GarfieldEATS empire or chain.

... It took me about a year to [perfect the recipes with a chef in London]. We hopefully will be known for our GarfieldEATS “secret sauce.” It is orange-y. So orangey. No artificial colours. No preservatives. Tomatoes, when you blend them, they become orangey.

All of our ingredients are farm-to-plate. We support local family farmers and we have strict supply sourcing. Some suppliers hate working with me, personally, just because I ask for so many certificates.

A lot of these things cost a lot of money – farm-to-table food, green delivery vehicles, licensing Garfield. How can you manage all these overhead costs?

I don’t count it as overhead – more like research and development. R&D is very crucial to the success of your business. We live in a cluttered market. Does the world need another pizza? We’re over-inundated with commercial products. But the idea is to reinvent the wheel. I’m investing in blockchain, and it’ll be ready in October – where you open the app, you click the farm-to-plate icon, and you’ll know which farmer it’s from, his name, his address, which city, and all the nutritional info.

I don't want to be another piece of cardboard. I am sick of those franchisors that have been around 50 or 60 years thinking they're oligopolies and causing a barrier to entry for new brands to come in.

A lot of these plans deal with popular tech buzzwords. If people see them together and wonder how realistic that is, what is your response?

You list Pascal Haider of Austria on your website as a partner – is he your only investor?

We both finance it, but he’s my co-founding partner. We’re equal. [Reached by phone, Mr. Haider confirmed the two were the company’s main investors, but declined to say how much each has invested.] He came with me, and met with Jim Davis, and I just feel – everyone asks me if I’m excited. I’m actually nervous because I feel a huge responsibility for this cartoon. And if I screw it up, I feel like it could be jeopardy for the entire business, the entire legendary ecosystem of Garfield and the 400 licensees of Jim Davis. So I have a huge responsibility: the pizza must be delicious. And you know that our pizzas are Garfield shaped?

Yes, and I read that it took a long time to perfect the shape of the pans.

Yeah, it took a year to get the right pans and cutters, and the ears – when they puff out in the oven. Wow. It’s been a journey.

Do you worry that people might see this as a novelty, and that the novelty could go away?

You mean if it’s going to be a fad? No. I’ll tell you why. If the products are good, and it’s of value and benefit to consumers, and I consistently, seriously market and promote the brand, and I continue to expand, then no, it’s not a fad. I’m going to be in their faces constantly. And if the food is delicious and they love our corporate responsibility, why would it be a fad? People are going to keep coming in. We’ve noticed in Dubai there’s high loyalty – “The best pizza I’ve ever had.” Some, they hate it. It is not your usual pizza – not the usual red sauce you’re going to have. So there are two secret ingredients in it; you’re either going to love it or hate it. Because it’s going to change the taste of what a pizza is, really. 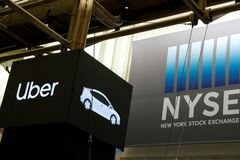 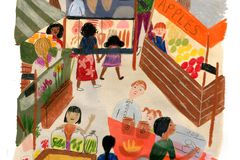 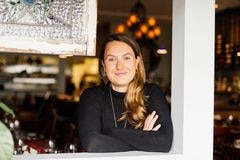