Layoffs have swept the country as social-distancing measures to combat the coronavirus pandemic have shuttered whole economic sectors. Surviving small businesses – particularly founders in the technology sector, who had experienced record-setting growth until just weeks ago – fear they will be forced to lay off key personnel or shut down in a matter of days.

Even as the agencies promise swift relief, many entrepreneurs are discussing their fears privately, with some airing their anxiety in public.

Ottawa announced a $10-billion support program this past week through the two bodies called the Business Credit Availability Program, including payment postponements of up to six months for some existing BDC clients and loans for working capital with flexible repayment terms.

The federal government is also considering further credit options for small and medium-sized businesses. But the money has yet to start flowing, and details are yet to be announced.

Most Canadian companies are small businesses, and the tech sector pitches itself as key to the country’s economic future. But now entrepreneurs fear losing beloved staff, along with years of work and momentum.

“In the startup world, your people are your number-one asset,” says Alex Kolodkin, founder and chief executive officer of Toronto-based Set Scouter Inc., a platform to help filmmakers find shooting locations. The company’s revenue has almost completely dried up as film shoots disappear, and he’s deeply worried about layoffs. “Crisis planning without your team is, like, what’s the point?” he says.

Mr. Kolodkin said BDC staff have been helpful, but also in the dark.

“The conversation is: ‘This is so new, we are so overwhelmed right now, we need a few days to figure this out,’” he says.

BDC CEO Michael Denham says the bank has seen as much as a 10-fold increase in daily calls this past week, and it’s trying to be nimble.

“Our goal is to get decisions made quickly and have funds move quickly,” Mr. Denham said, adding that existing clients have already been offered payment postponements.

Mr. Denham said BDC would target companies it deemed credit-worthy prior to the crisis, although he also said “we can’t be the solution” for each of Canada’s hundreds of thousands of businesses.

Sachin Aggarwal’s Toronto scale-up company, Think Research Corp., is theoretically well-positioned for the crisis: It uses data to develop optimal clinical-care protocols and sells software and services for online care. But he worries about having enough working capital.

“When everybody’s focused on COVID-19, are they paying their bills on time in other areas?” he says.

Mr. Aggarwal has been pleased with BDC’s responsiveness, but says it needs to provide quick access to stimulus funding. “We’re just encouraging [the federal government] to make sure there’s no red tape,” he says.

EDC has seen more than half a billion dollars drawn from its exporter clients’ previously dormant credit facilities this past week. “This really comes back to a liquidity crunch for companies in this moment,” says EDC senior vice-president Todd Winterhalt. He hopes to get bailout funding delivered by “early next week," and is willing to expand aid to exporters.

“Both BDC and EDC need to be nimble, and need to continually reevaluate what we see in the marketplace,” Mr. Winterhalt says. “If we need to adjust products or risk appetite, we’ll certainly do that.”

The tech sector has been lobbying Ottawa to consider other nontraditional financing. On Thursday, venture capitalist John Ruffolo publicized a campaign to have federal officials ask financial institutions to provide forgivable zero-interest or low-rate loans to small and medium-sized businesses in all sectors, with Ottawa backstopping the banks.

Other firms have tried to work within the technology and venture-capital ecosystem. Toronto-based Hockeystick, which provides software for startups, has compiled a list of active funders in Canada that cash-strapped businesses can contact for support.

The firm started with 150 funders this week, and Hockeystick CEO Raymond Luk says he’s been inundated with emails from others.

“It’s shining a flashlight back onto the private sector and things we can do as a multi-billion-dollar private-funding industry,” Mr. Luk says. 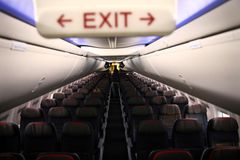 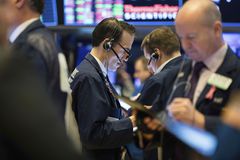