Canada’s international trade roared back to life in June as pandemic containment measures eased, but lagging exports and worries about a resurgence of the virus in the key U.S. market added a note of caution to the recovery.

Statistics Canada reported Wednesday that the total trade of goods soared by more than $13-billion, or 19.5 per cent, in June from May, with imports up 22 per cent and exports up 17 per cent. The bigger rebound in imports meant Canada’s trade deficit swelled to $3.2-billion from $1.2-billion.

The huge gains came in the first full month of the reopening of large parts of the economy that were shuttered to slow the spread the virus. The lockdowns began to lift in the second half of May. Statscan said the biggest contributor to the rebound was the auto sector, with both exports and imports surging as auto assembly plants ramped up production and consumer demand returned.

“As COVID-19 related restrictions have been eased both here and abroad, activity has resumed accordingly,” Toronto-Dominion Bank senior economist Brian DePratto said in a research note. “We can add today’s trade data to the list of indicators pointing to a good-sized rebound [in the economy] for the third quarter.”

Still, trade in June remained far below prepandemic levels, with exports down 18 per cent and imports down 14 per cent from February, the last full month without pandemic containment measures. For the second quarter as a whole, exports were down 25 per cent compared with the first quarter, while imports were down 23 per cent.

“The durability of the recovery remains an open question, and gains to date in economic indicators more broadly have been well shy of reversing the initial pandemic impact,” Mr. DePratto said. “The bigger question is what comes after the whipsaw. Unless and until a vaccine or effective treatment is widely available, expect a more gradual recovery path to emerge, leaving lingering challenges for all areas of the economy – international trade included.”

In volume terms, removing the effects of price changes, the gap between the recovery in imports and exports was even more pronounced in June, as import prices fell 5 per cent while export prices rose 6 per cent, partly reflecting gains in the Canadian dollar. Import volumes soared 28 per cent, while export volumes rose a more modest 11 per cent.

Economists noted that some of the import outperformance reflected the delayed recovery in inbound shipments when containment measures began to ease in May, as goods from overseas, particularly in the auto sector, took some time to reach Canadian ports.

Nevertheless, the sharp widening of the trade deficit caught economists by surprise. The gap may point to a more difficult recovery for exports than imports, as Canada increasingly eases its COVID-19 restrictions while some foreign markets continue to wrestle with reining in the virus – especially the United States, by far Canada’s biggest trading partner.

“The underlying momentum in imports still appears to have more durability, given that Canada’s reopening appears at the moment to be somewhat sustainable. In contrast, the export sector could suffer if rising virus cases in the U.S. lead to weaker demand for Canadian goods and services,” Canadian Imperial Bank of Commerce senior economist Royce Mendes said in a research report.

Economists also noted that while goods trade has already rebounded significantly, trade in services remains severely constrained by the pandemic – most importantly travel and tourism services, as cross-border and overseas travel remain limited by restrictions and self-isolation requirements.

Statscan reported that June services imports were up 17 per cent while exports rose 4 per cent, owing mostly to an uptick in travel imports – reflecting the fact Canadians are starting to book travel abroad again. However, travel imports are only about a quarter of their February levels, while travel exports – indicative of visitors to Canada – are down more than 60 per cent. Over all, trade in services is down 30 per cent from prepandemic levels.

“With borders still largely closed to individuals, a significant slice of activity is simply not occurring … and the near-term outlook is less than encouraging,” Mr. DePratto said. 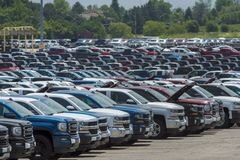 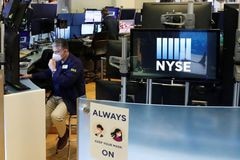