Norway’s trillion-dollar wealth fund plans to divest its shares in independent oil companies, including some of the top names in the Canadian industry, in the latest move among global investors to reduce their exposure to greenhouse-gas-emitting fossil fuel industries.

The Norwegian fund – built with the revenues of its own oil and gas production – will gradually sell some US$8-billion in shares of exploration and production companies, but keep its US$20-billion holdings in integrated firms that have both production and refining, the country’s Ministry of Finance announced Friday. It owns more than roughly 1 per cent outstanding shares of Canadian Natural Resources Ltd., 0.6 per cent of Encana Corp. and significant holdings in smaller Alberta-based producers such as Arc Resources Ltd., Crescent Point Energy Corp., Whitecap Resources Inc.

The government has no plans to sell its direct stake in Equinor, formerly known as Statoil, which two years ago exited the oil sands but remains a major investor in Canada’s offshore oil fields in the waters off Newfoundland and Labrador.

The Norwegian government defended the limited divestment on the grounds that, as a major crude-exporting nation, the country was too dependent on oil revenues and needed to diversify its assets. It also cited the concerns that the global effort to combat climate change will undermine the value of oil companies, but rejected calls for a wholesale selloff of shares in oil and gas companies. Norway did divest from shares in coal companies two years ago.

“Climate risk is an important financial risk factor for the [sovereign wealth fund] and will over time have an impact on several of the companies in which [it] is invested,” the Ministry of Finance said in a statement. It added, however, that risk must be assessed at the level of individual firms rather than industry-wide, and said some major oil companies are leading the effort to invest in lower-carbon or renewable energy sources.

Still, the Norwegian fund is the first major institutional investor to announce it would divest shares in a broad swath of the oil industry, though some European and U.S. state pension plans have sold their coal assets and said they would re-evaluate long-life, high-carbon oil companies like those heavily invested in the oil sands.

The Ministry of Finance plan – which was widely expected by analysts – must now go to Norway’s parliament for ratification and environmental groups will be urging parliamentarians to push for a total divestment from all global oil companies.

“This is not good” for the affected Canadian producers, said Laura Lau, a senior portfolio manager for the Toronto-based Brompton Group. She said the selloff of shares will increase the cost of capital for those companies, and likely prompt other institutional investors to look less favourably on those Canadian producers, who are already facing challenges due to the lack of sufficient pipeline export capacity.

“People did foresee this, but is there more bad news to come? There likely will be," Ms. Lau said. "Unfortunately, in order to buy a Canadian energy company, you have to look really hard to justify it now because everything is going the wrong way.”

The Toronto Stock Exchange’s capped energy index fell 2.2 per cent in trading Friday, though the losses reflected the fact that North American’s heavily traded West Texas intermediate fell 1 per cent to US$56.07 a barrel. Canadian Natural Resources Ltd. was down 2.5 per cent to $35.85 a share, while Encana was off 2.3 per cent to $8.98. CNRL spokeswoman Julia Woo said the company had no response on the Norwegian decision, while Encana did not respond to requests for a comment.

The Norwegian sovereign wealth fund had a strong weighting of Canadian oil stocks, so its divestment is particularly difficult for the Calgary-based companies, said Robert Fitzmartyn, analyst at GMP First Energy Securities.

He called it “virtue signalling,” suggesting it was hypocrital of Norway because it is still taking in oil revenues, "but it’s consistent with the divestment view which has been gaining steam but is more evident in endowment funds and other academia-type holdings,” Mr. Fitzmartyn said.

The decision comes as institutional investors around the world are assessing their climate-related financial risk, and the long-term prospects for fossil-fuel industries. Caisse de dépôt et placement du Québec has said it will reduce the GHG-intensity of its portfolio and will factor climate change into every investment decision.

“A number of market signals are driving global investors to assess the climate risk within their portfolios and ensure their investments are well-positioned for a low-carbon future,” said Mike Gerbis, chief executive officer at the Delphi Group, which last week held a two-day conference on sustainable financing in Toronto. 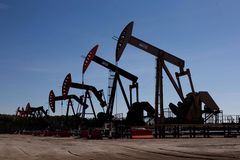 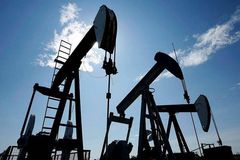 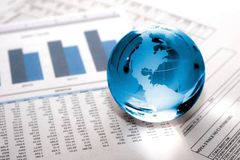