Coronavirus information
The Zero Canada Project provides resources to help you manage your health, your finances and your family life as Canada reopens.
Visit the hub
Andrew Willis
Published August 24, 2020 Updated August 27, 2020
For Subscribers
Comments
Text Size
Please log in to listen to this story. Also available in French and Mandarin. Log In Create Free Account

When stock markets slumped in March as the COVID-19 pandemic swept into North America, fund managers told clients to hang tough in the face of significant paper losses.

The latest performance numbers from Canada’s hedge funds show keeping the faith was good advice. Top domestic hedge funds have jumped on surging stocks – more than three dozen domestic gold and lithium miners, lumber producers and tech plays such as Shopify Inc. are up by more than 100 per cent this year. The funds have more than made up for the pounding they took in the spring, when the coronavirus ravaged both equity and debt markets.

Two-thirds of Canadian hedge funds are now beating market benchmarks, according to figures to the end of July released on Monday by Venator Capital Management Ltd. The Toronto-based firm runs its own funds and also measures industry performance.

Venator tracks 61 Canadian hedge funds, and found that 39 portfolio managers have made money for clients, year to date, while 41 hedge funds have turned in performance over the past seven months that exceeded the 3.3-per-cent decline in the S&P/TSX Composite Index. The recovery comes after the Canadian benchmark fell by 17.4 per cent in March and the vast majority of domestic hedge funds posted double-digit losses that month.

There is a significant gap this year between the best and worst performing domestic funds. The two top hedge funds were Connor, Clark & Lunn’s Absolute Return Fund and Waratah Performance Fund, which are up by 14.36 per cent and 14.24 per cent, respectively, year to date. These two funds use different styles: CC&L runs a global fund that invests in stocks, bonds and commodities, while Waratah is a traditional equity hedge fund. Both use long and short positions (the latter are investments that make money when the price of a security declines). Venator had three of its own funds among the top 10 performers.

The worst performing fund in this index was the Lawrence Park Enhanced Preferred Fund, down 31.02 per cent year to date at the end of July, after falling by 37.48 per cent in March. This fund owns preferred shares in Canadian companies, and is designed to provide income to investors throughout the credit cycle. No other Canadian hedge fund was down by more than 30 per cent to the end of July.

Some successful hedge fund managers used the spring’s market slump to load up on beaten-down tech, consumer product and health care stocks and other assets that have soared in value since central banks cut interest rates in March, according to hedge fund consultant Eurekahedge.

“The highlight of the month was the continued support for markets by global central banks,” said a commentary on July hedge fund performance from Eurekahedge, which is based in Singapore and New York. “In the U.S., despite the fear of the increasing number of COVID-19 cases, the equity market exhibited a strong run driven by the upbeat Q2 earnings of tech companies.”

Eurekahedge’s global hedge fund Index was up 2.52 per cent in July, bringing its year-to-date return to 1.65 per cent.

The bounceback in domestic hedge fund performance also shows up in other surveys of Canadian alternative asset managers. The Bank of Nova Scotia’s 45-member Canadian Alternative Mutual Fund Index was up 2.49 per cent in July and 0.3 per cent year to date. The funds in this index declined by an average of 6.6 per cent in March.

Scotiabank also runs a hedge fund index that tracks 68 different portfolios, but does not break out individual fund performance. Through the end of June, it was up by 2 per cent so far this year, after declining by 6.8 per cent in March. 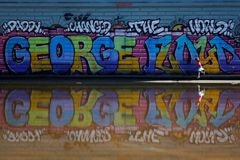 Did hedge funds score on masks and sanitizer? Not so much
Subscriber content
May 20, 2020 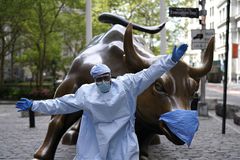