At Setter’s office, located in the slightly grittier part of Toronto’s rapidly gentrifying west end, 48 mostly millennial employees of the home services firm are serving their Toronto customers, a group that totals approximately 1,000.

But on this chilly Thursday in March, co-founder David Steckel is wrestling with how to expand his operations in California. He’s discovered that business in the San Francisco Bay area – Setter opened an office in mid 2017 – is a different animal than Toronto, requiring a novel approach to ensure he can tap into the lucrative tech market stateside.

For one, his target clients, mostly busy tech professionals, aren’t as reachable as his affluent Toronto clients. “People are busier there,” he says and slower to respond. “There’s less urgency.”

“In Toronto, if it’s cold, your pipes will freeze and they will explode,” says Mr. Steckel. “So you must do things. But there, it’s optional.” This means that Californian homeowners, who enjoy sunshine much of the year, tend to wait until things become dire.

The upside is the higher value of the jobs Setter lands in California. “The average job size is double,” says Mr. Steckel, and it’s the reason the firm is continuing its push into the home services market in the sunny state.

Setter, which launched in 2016, is a concierge home manager that will handle everything from fixing a broken eavestrough to servicing a furnace. A client can request a service via an app and Setter will send a team of contractors or service professionals who will complete the task. For a subscription of approximately $250-$300 a month, Setter also monitors homes, with different options offered, depending on the time of year, from a focus on plumbing in the fall to appliances in the winter.

Though it won’t disclose its profits, he says that it has had growth of 300 per cent, year over year. It is what he says brought the company to the attention of Sequoia Capital, which co-invested $10-million with NFX in the company’s Series A round, and prompted the startup’s foray into the U.S. market.

“We were doing really well in Toronto,” says Mr. Steckel. “But the question was ‘Can Setter scale?’ We had to prove that everything was replicable.”

To begin with, the company had challenges with the location it had selected: Redwood City, in the Bay area. “There are three very distinct markets downtown,” explains Mr. Steckel, and large distances between them. Due to parking headaches and loss of revenue from sitting in traffic, the contractors that Setter needed to procure outright refused to drive beyond the borders of the neighbourhood in which they lived. So the company had to build a team of contractors unique to each neighbourhood.

Then there was the issue of licensing: It took months for Mr. Steckel to get his general contractor’s licence. In the end, the firm had to piggyback on the construction licences and insurance policies of some of its vendors until it secured its own. “It was a lot of money and a lot of learning,” says Mr. Steckel of the experience. “It was a nightmare for six months.”

Mr. Steckel also faced hurdles on a personal level. “Not being a citizen made it difficult to get my first car, my first credit card, a lease,” he says.

It was a lot of money and a lot of learning.

Then there was the need for expertise, given he wasn’t an American citizen. Setter hired lawyers on both sides of the border, who assisted with terms of services and privacy policies. The firm is also working with KPMG to help navigate Californian regulations, which abound. It is also guiding Setter in how to operate; it requires a subsidiary to operate in each U.S. state.

Ottawa-based Rob Pelletier, Export Development Canada’s chief representative to the United States, says that situations like Setter’s are common. Companies need a lot of concrete information about the market they’re about to enter, he says, and local resources can help. He suggests businesses seek advice from Canadian trade professionals, Global Affairs Canada personnel, and economic development experts who can provide accurate information.

On the financial side, forging relationships with Canadian banks with U.S. operations is also wise. “As they start to grow, that Canadian company may have more of a need for additional working capital,” says Mr. Pelletier.

He also warns that the United States can be overwhelming, and that companies entering the country look at it as a “series of regional markets, rather than a large country. From a strategic perspective, it’s a good idea to shrink that world.”

As Setter’s U.S. office enters its second year, it continues to navigate regulatory and tax issues. While corporate taxes have fallen under U.S. President Donald Trump, there is the ever-shifting landscape of local and federal tax laws with which to deal.

He says what is key for companies such as Setter is to set up a legal structure for tax purposes, as well as to familiarize themselves with local tax laws. “You want to scope out the business taxes that you’re going to be subjected to.” He also says knowledge of employment laws, and what taxes employees are subject to, is important. “There’s some due diligence required,” he says.

But with savvy advice from a company with a cross-border background, Mr. Woltersdorf says Canadian and U.S. taxes don’t have to be a headache. “Most people consider taxes the cost of doing business,” he says.

Regardless of the tax hurdles and regulatory hoops, Setter plans further expansion. It has several hundred customers in San Francisco and wants to open up an office in two new U.S. markets in the not-so-distant future.

“We want to have a million homes under management,” Mr. Steckel says. “In the next five years, we want to be in every main urban centre.” 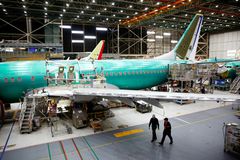 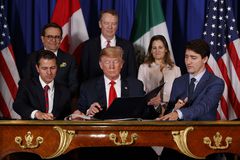