Intact Financial Corp. is in talks to jointly acquire British insurer RSA Insurance Group PLC for the equivalent of $12.4-billion in cash, marking a major international bet for the Canadian automobile and property insurer after a decade-long run of dominance in its home market.

The joint proposal, announced Thursday, would see Intact team up with Denmark’s Tryg A/S to pay £6.85 ($11.76) a share for RSA, a 48-per-cent premium to where the stock opened for trading on Thursday in London. RSA said the proposal was first made in early October and that a formal offer has not yet been submitted, but added that its board is “minded to recommend” the proposal.

If completed, the deal would see Intact take ownership of RSA’s Canadian, British and international operations, as well as co-own RSA’s business in Denmark. Tryg would take full ownership of RSA’s operations in Sweden and Norway. RSA’s Scandinavian business is its most valuable, contributing 52 per cent of operating profit in the first half of 2020.

Under the current terms, Intact would pay £3-billion, the equivalent of $5.15-billion, for its portion of RSA’s operations, while Tryg would pay £4.2-billion.

Intact is Canada’s largest auto and property insurer with a 17-per-cent market share, and the deal would enhance its position at home. On a conference call Wednesday, chief executive officer Charles Brindamour told investors that “expanding our position in Canada is our number one priority when it comes to capital deployment.”

RSA has a roughly 5-per-cent Canadian market share, with the rest of the domestic industry remaining highly fragmented across 129 property and casualty insurers.

Despite this appeal, the proposal marks another substantial international foray for Intact after paying the equivalent of $2.3-billion for American insurer OneBeacon Insurance Group in 2017.

RSA’s foreign operations have also had setbacks in recent years. In late 2018 the company issued a profit warning and later disclosed one-off losses and large weather-related claims in its British operations. Soon after, RSA shook up the leadership of the division and exited some business lines.

In a statement Thursday, Intact argued a deal would expand its position in the competitive Canadian industry and added that management “sees significant opportunity to deploy its customer driven data and analytics-focused approach in RSA’s U.K. and international personal and commercial lines businesses.”

As for joint ownership of RSA’s Scandinavian arm, Intact said there is an opportunity to improve the Danish business, but added that it retains “optionality with respect to strategic alternatives” for the division – which is often jargon for a potential sale.

Intact and Tryg are pouncing while RSA is cheap. Investors lost trust after the British insurer had an accounting scandal in its Irish division in 2013, and the company has struggled to regain their confidence – especially after the British division’s issues in 2018. Before the takeover proposal was made public, RSA’s share price had dropped 19 per cent since the start of the year, even though the company is turning around.

“We believe [RSA] hasn’t put a foot wrong since its profit warning in 2018, having made strong progress since then and taking all the right actions,” RBC Dominion Securities analyst James Pearse wrote in a research note last week. By his calculation, the price at which RSA was trading before the announcement gave the British business a negative value.

Intact’s shares fell 1.8 per cent on Thursday, but the stock remains up 62 per cent over the past five years. The company’s operating performance has been particularly strong in 2020, despite the pandemic, because there haven’t been many severe weather events and auto claims have softened with fewer people driving.

Intact plans to use its elevated share price to help fund the deal, with a goal to finance its portion of the takeover through a private placement of shares, with roughly three-quarters of this capital “provided by cornerstone investors,” as well as through debt and preferred shares.

RSA has been the subject of takeover speculation for years, but a final deal never has never materialized. Under British securities laws, Intact and Tryg now have until Dec. 3 to make a formal takeover offer. Intact declined to comment beyond its public statement. 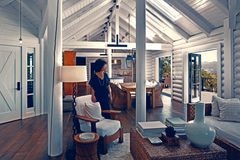 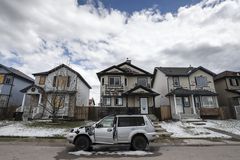 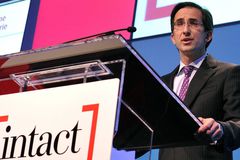