Canada’s biggest gold mine is shutting down under Quebec’s directive that all non-essential businesses close until April 13 to reduce the spread of COVID-19, putting more stress on the already battered Canadian gold sector.

The Canadian Malartic mine in the Abitibi region of Quebec produced about 669,000 ounces of gold last year, and is co-owned by Agnico Eagle Mines Ltd. and Yamana Gold Corp.

Agnico’s Goldex and LaRonde mines, both in Quebec, are also closing under the province’s directive.

In addition, the Toronto-based company is paring back operations at its two mines in Nunavut, which heavily rely on Quebec workers. At Meliadine, Agnico plans to process ore from stockpiles for 40 days, while Amaruq will be sidelined entirely.

“We’re fully supportive of what the government is doing,” said Sean Boyd, chief executive of Agnico. “The government’s got a huge responsibility to protect the citizens. We have an obligation to protect our employees, their health and safety and well-being, and also to the communities we operate in.”

Last week, Agnico sent home its entire Nunavut-based work force home as a precautionary measure to reduce the chance of the virus spreading to the local Indigenous community.

While a slew of gold companies – including Kinross Gold Corp., New Gold Inc., Eldorado Gold Corp., Iamgold Corp. and Yamana Gold – are seeing their operations affected in various degrees because of COVID-19 restrictions, Agnico has taken the biggest hit so far.

Five out of the company’s eight mines are now sidelined. And while its facilities in Finland and Mexico remain in operation, they are only a small part of its business. According to RBC Dominion Securities analyst Josh Wolfson, Agnico’s idled mines account for about three-quarters of its entire business.

On Wednesday, shares in Agnico fell by 7.9 per cent on the Toronto Stock Exchange, the worst performer in the TSX Global Gold Index, which tracks the world’s biggest mining companies.

But of any Canadian miner, Agnico is one of the best positioned to weather a long hiatus, even if Quebec ends up extending the shutdowns. The company has US$1-billion in cash on its balance sheet, because of a precautionary drawdown on its credit facility.

While the financial hit to Yamana Gold isn’t as serious as Agnico’s, owing to many of its other operations being in overseas locales, it’s not insignificant. About one-third of Yamana’s production is being affected by COVID-19 restrictions.

In addition to idling Malartic, last week the Toronto-based miner was forced to reduce production at its Cerro Moro gold mine in Argentina after the country imposed a national lockdown. Production at Cerro Moro is expected to be between 30 per cent and 50 per cent lower for the duration of the two-week lockdown, said Peter Marrone, executive chairman at Yamana.

Shares in Yamana rose by 0.7 per cent on Wednesday on the Toronto Stock Exchange.

Earlier in the week, Ontario also ordered that all non-essential businesses must close temporarily, but unlike Quebec, the province deemed that mining is an essential business, meaning mining companies can continue to operate.

Still, even without an explicit ruling to shut down operations in the province, a number of companies have shuttered select sites on a precautionary basis, where the potential for virus spread is elevated, or in places that are particularly remote without ready access to major hospitals.

Colorado-based Newmont Corp. idled its Musselwhite mine in Northern Ontario to prevent the possible transmission of COVID-19 into the local Indigenous population.

Toronto-based Alamos Gold Inc. suspended production at the Island Gold mine located in the small community of Dubreuilville, in Northern Ontario. About half of the mine’s work force come from the local community and the rest fly in and out of the camp.

The great unknown for the entire mining industry is whether more restrictions and shutdowns are coming, and the gravity of the financial hit companies may ultimately take.

For his part, Agnico’s Mr. Boyd said in his 35 years at the company, he’s never experienced anything remotely close to the COVID-19 shock.

“Nothing comes close to this. And it’s really a lot of the uncertainty, and unease, and fear that it creates in employees," Mr. Boyd said. "It’s important to be able to respond to that anxiety and continue to communicate with all stakeholders.” 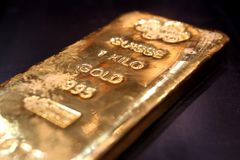 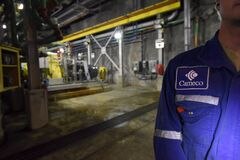 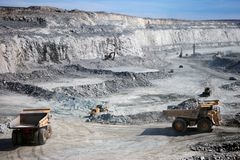