Google Canada is partnering with eight publishers, including The Globe and Mail, in a licensing agreement that will see the firm pay for news content as part of parent Alphabet Inc.’s US$1-billion global commitment to media companies.

The tech giant is launching a product called Google News Showcase in Canada this fall, a platform that will see the company pay news organizations across the country for access to content and give media companies an opportunity to sell online advertising around their stories, as well as sign up new subscribers.

“We’ve never relied on high-quality, community-based journalism more than we have during the COVID crisis,” said Sabrina Geremia, vice-president and country head at Google Canada. “As we move out of this crisis, Google Canada is stepping up its role to support a sustainable news ecosystem in Canada.”

Google’s agreements with publishers come after a lengthy battle over content licensing with the likes of News Corp. executive chairman Rupert Murdoch and the Australian government. At one point, the company threatened to shut down its search service in Australia. Last October, Google committed to license content from media companies and over the past six months, the California-based company rolled out Showcase in the U.K., Australia, Germany and Brazil.

Google is in talks with other Canadian publishers and expects to expand the program, Ms. Geremia said in an interview. The current agreement excludes two of the country’s largest media companies, Postmedia Network Canada Corp. and Torstar Corp.

In addition to direct payments to publishers, Google plans to put a significant portion of its marketing budget behind advertising content on Showcase to better compete with Apple Inc.’s iPhones and its Apple News platform.

Google and the Canadian publishers declined to comment on the value of the agreement, or the length of the deal. Google’s licensing agreements on Showcase in countries such as Australia were for three years or more.

Canadian publishers said the key to the partnership is expanding their audience and bringing in new potential digital subscribers. In addition, the media companies control the content they display on Showcase.

“Google News Showcase will introduce even more readers to our award-winning journalism and we’re pleased to count Google as a global strategic partner,” said Phillip Crawley, chief executive officer and publisher of The Globe and Mail. “This long-term, comprehensive partnership will not only support the extraordinary work of our journalists, but it will also help to accelerate our continued investment in technological innovation and improving the reader experience.”

Google also announced early Thursday it will increase its investment in Canadian journalism by expanding the scope of the Google News Initiative, which offers training programs and support for small to medium-sized news organizations. The tech company’s goal is to train 5,000 journalists and journalism students over the next three years. As part of the program, Google is launching a “journalism startups boot camp” for entrepreneurs this fall.

“We are pleased that Google has stepped up to the plate,” said Rick O’Connor, CEO at Black Press Media. “I am pleased to see that Google will also be assisting the small, independent newspapers and websites adapt to an increasing digital world.”

When the Showcase platform launches in Canada later this year, publishers will be able to create what Google calls “panels” of content, packaged by the news organizations. In an online post last year, Alphabet CEO Sundar Pichai said: “This approach is distinct from our other news products because it leans on the editorial choices individual publishers make about which stories to show readers and how to present them.” 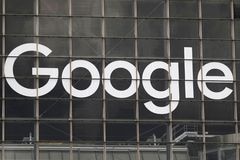 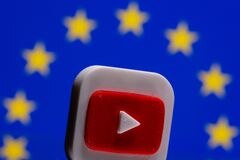 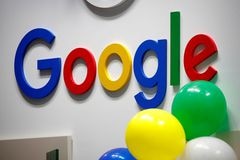