A manager at Canada’s aviation regulator believes that Boeing Co. should remove software that played a role in two deadly crashes of its 737 Max before the plane is cleared to fly again, according to e-mails between global aviation regulators this week that were reviewed by The New York Times.

The Max has been grounded since March, days after a crash in Ethiopia. Together, the two accidents killed 346 people and have sent Boeing into a crisis. The company is working furiously to get the Max back in service with a fix to the software system, known as MCAS.

“The only way I see moving forward at this point is that MCAS has to go,” the official, Jim Marko, manager in aircraft integration and safety assessment at Transport Canada Civil Aviation, wrote in the e-mail. He sent the e-mail on Tuesday to officials at the Federal Aviation Administration, the European Union Aviation Safety Agency and Brazil’s National Civil Aviation Agency.

At least one FAA manager shares his concerns, according to a separate email reviewed by the Times.

Linh Le, a system-safety manager at the FAA, shared Mr. Marko’s message with others at the agency. He noted that the Canadian official believed that “MCAS introduces catastrophic hazards that weren’t there before,” that “it and the fix add too much complexity,” that “there have been many revisions to the software” and that “each was a band-aid.”

Mr. Le said he had similar misgivings about Boeing’s proposed fix for the Max. “I have held similar perspective (questioning the need for MCAS, at least from the system safety standpoint),” he said in the e-mail to colleagues. It is unclear whether international regulators will take any action in response to Mr. Marko’s concerns.

In his e-mail, Mr. Marko said he was writing the other regulators because he wanted “to get some confidence back to us all that we as Authorities can sleep at night when that day comes when the MAX returns to service.”

He expressed concern that regulators might accept the update to MCAS even as issues with the fix kept cropping up. “This leaves me with a level of uneasiness that I cannot sit idly by and watch it pass by,” Mr. Marko wrote.

Mr. Marko’s e-mail included a PowerPoint presentation expanding on his argument and outlining how Boeing might remove MCAS from the Max. He noted that public confidence in the Max was “LOW.”

In a statement on Friday, Boeing said, “We continue to work with the FAA and global regulators to provide them the information they are requesting to certify the Max for safe return to service.”

Transport Canada said on Friday that Mr. Marko’s position had not been subject to systematic review by the agency.

“The e-mail reflects working-level discussions between highly trained aircraft certification experts of key aviation authorities who have been given wide latitude for assessing all issues and looking at all alternatives for the safe return to service of the aircraft,” Nicholas Robinson, director general of Transport Canada, said in a statement.

An FAA spokeswoman, Lynn Lunsford, said in a statement: “The FAA and its international partners have engaged in robust discussions at various stages in this process as part of the thorough scrutiny of Boeing’s work. This e-mail is an example of those exchanges.”

The National Civil Aviation Agency of Brazil said it had “received the e-mail and will consider the content along with the studies being conducted on the subject.”

The European Union Aviation Safety Agency did not immediately reply to requests for comment.

International regulators have given no indication that they will require Boeing to remove MCAS from the Max, and Boeing has not proposed that as a potential solution to problems with the plane. Removing MCAS, as Mr. Marko suggests, would further delay the plane’s return.

The 737 Max is Boeing’s bestselling plane. But less than 18 months after it began commercial service, a Max crashed off the coast of Indonesia when MCAS activated because of erroneous data, repeatedly pushing the nose of the plane down. Less than five months later, another Max crashed in Ethiopia under similar circumstances.

After the first crash, Boeing announced that it would update MCAS to make it less powerful and make it reliant on multiple sensors instead of just one. But that fix was not completed before the second crash.

Over the past eight months, Boeing has encountered numerous delays as it has worked with the FAA and other global regulators to complete the update to MCAS. The company has been signalling that the FAA could approve the new software as soon as December. But engineers at the agency’s Seattle office have been frustrated in recent months by pressure from the company and their own managers to speed the process along.

Last week, Stephen Dickson, the FAA administrator, acknowledged that some agency employees were feeling pressure to get the Max flying again. He released a video directing employees to “take the time you need” to conduct a methodical review of the plane. 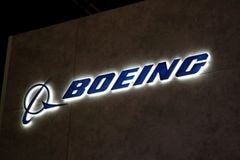 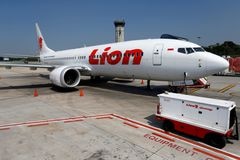 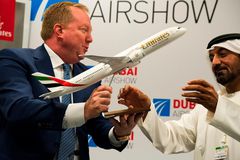