A consultant hired by a Canadian oil company in Southern Africa has launched an extraordinary series of attacks on environmentalists, accusing them of “sabotage” and “colonialism” as the company begins drilling in a region near the Okavango Delta.

Vancouver-based Reconnaissance Energy Africa Ltd. (ReconAfrica) hired consultant Sindila Mwiya to conduct environmental assessments for its oil exploration project in Namibia and Botswana. But his bitter criticism of activists has led to calls for his removal over his apparent lack of neutrality.

The confrontation is a sign of the high stakes and rising emotions surrounding the oil project, which has garnered increasing attention in Canada and Southern Africa.

The company has touted the Kavango Basin site as potentially one of the world’s biggest oil discoveries in decades, and local politicians see it as a source of much-needed jobs and revenue. But many environmentalists worry it could jeopardize biologically sensitive and culturally important World Heritage sites, including the Okavango Delta.

The company’s first drilling site is about 250 kilometres west but within the watershed of the world-famous delta, whose seasonal floods attract one of Africa’s greatest concentrations of wildlife, including vast numbers of elephants and lions. An elephant migration route is south of the drilling site. 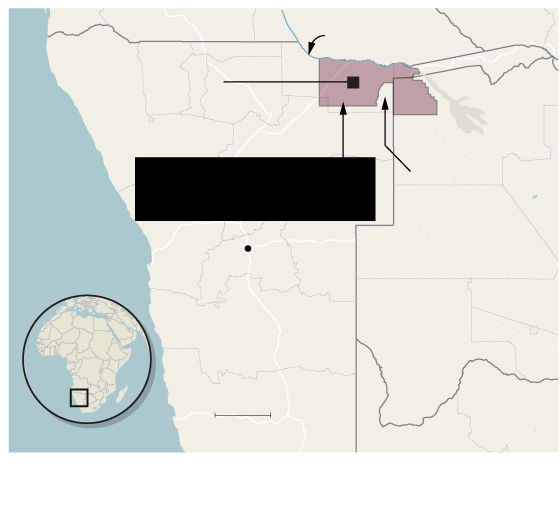 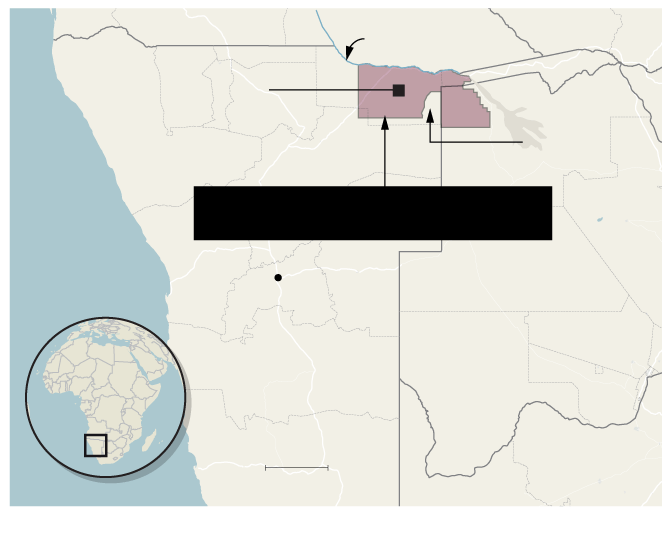 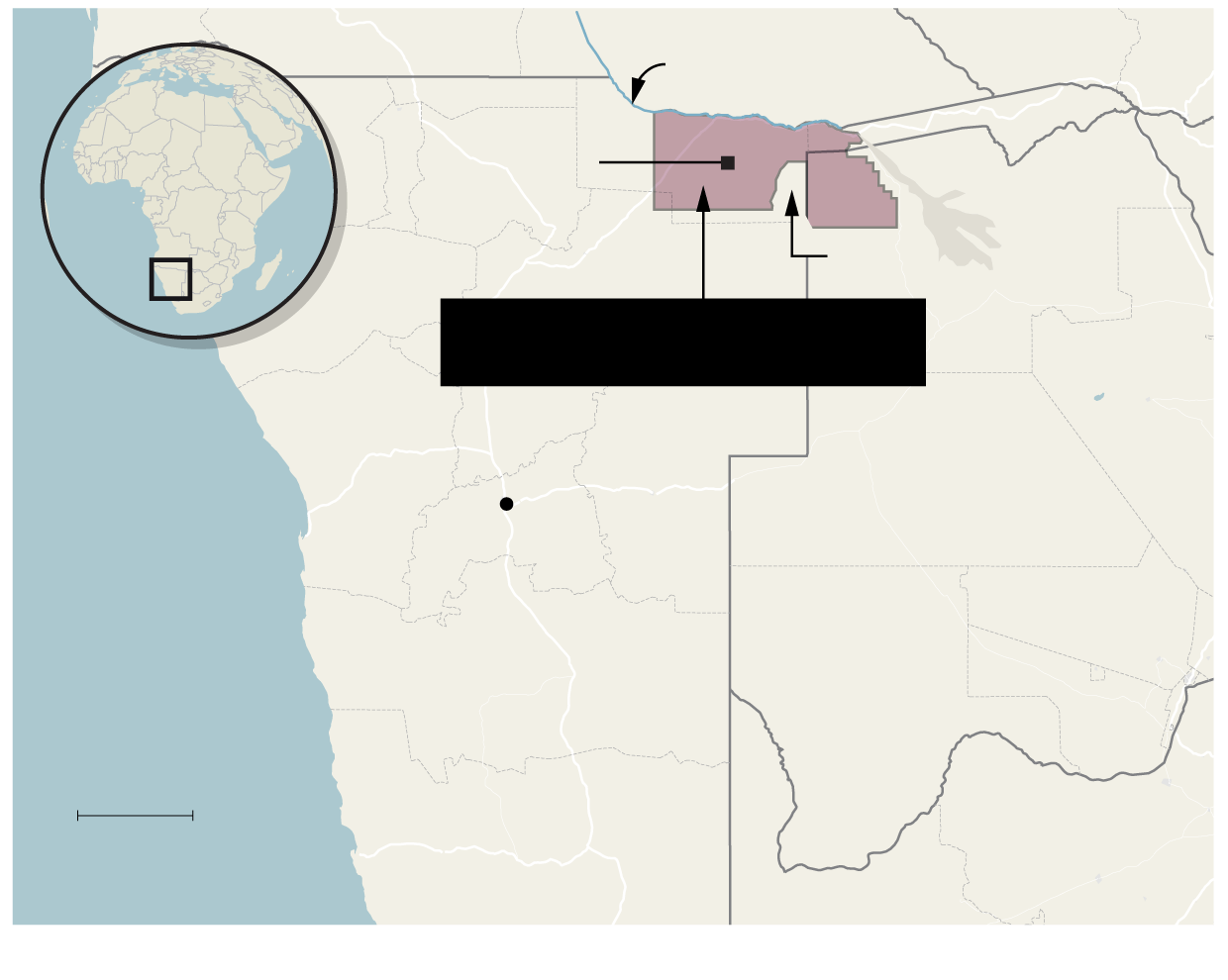 Dr. Mwiya has sent a series of e-mails to environmentalists and local politicians in recent months describing the activists as “messiahs” and “opportunists” who are motivated by greed to “sabotage national development.” He alleges they are stirring up fears to attract donations from foreigners.

Dr. Mwiya did not respond to questions from The Globe and Mail about the e-mails. He has threatened to take legal action against one of the activists for releasing some of them.

A spokesperson for ReconAfrica, Claire Preece, declined to comment on Dr. Mwiya’s e-mails except to say that his work “compares very well to our global standards.” She said some environmentalists were making “accusatory and derogatory personal and professional attacks against Namibian national experts.” The motivation behind these attacks is “very troubling,” she said in an e-mailed response to questions from The Globe, without elaborating.

In an October news release, ReconAfrica announced that Dr. Mwiya’s consulting firm would conduct the environmental impact assessment for its seismic program. It described his firm as “an experienced and well-recognized third-party Namibian based environmental consulting company.”

Dr. Mwiya is in charge of registering “interested and affected parties” for the public consultation process for the seismic program. In this role he should be neutral and independent, the activists say.

Instead he has a history of promoting the oil industry and denouncing environmentalists. In one e-mail, he suggested to environmentalists that they should buy stocks in resource companies because they will have “30 years of guaranteed returns.”

In an e-mail to Namibian regional governors last September, obtained by The Globe, Dr. Mwiya said he has been “pushing” for oil and gas exploration in Namibia and will “continue to push.”

In the same e-mail, he complained of “typical environmental colonialism” by the critics of the ReconAfrica project. “They wave environmental cards and make loud noises on certain projects while at the same time they open their pockets to receive donations from foreigners for their own personal income, claiming to protect local people who desperately need development,” he said.

In the following months, he sent hostile e-mails to several environmentalists who had contacted him to register as interested parties in the public consultation process.

In one to Max Muyemburuko, chairperson of a nature conservancy in ReconAfrica’s licensed exploration area, Dr. Mwiya accused him of “uninformed noise rattle” and using the environmental issue as a “new business opportunity” for “soliciting donations.”

In separate e-mails last week to two citizens who have raised concerns about the oil project, he called them “so-called experts” and an “uninformed clique.”

And in a third e-mail last week, addressed to a Namibian environmental group, he said the group’s activities were “appalling.” He said it was “high time” that governments moved swiftly to regulate “opportunistic foreign-funded environmental clique movements.”

The Namibian environmental group, Fridays for Future, said the e-mail from Dr. Mwiya was a form of “intimidation.”

Annette Hübschle, a University of Cape Town scholar who has conducted environmental and social research in the area of the planned oil project, was the recipient of several of Dr. Mwiya’s e-mails. She said they were “offensive and condescending” and raised doubts about his ability to do an impartial assessment of the environmental issues.

Chris Brown, an environmental scientist and former senior official in the Namibian government who now heads the Namibian Chamber of Environment, said Dr. Mwiya’s e-mails were “insulting and bullying” and undermine confidence in the consultation process.

“Hostile responses to simple enquiries certainly do not foster a sense of comfort, but rather raise red flags,” said Dr. Brown, who helped develop Namibia’s environmental assessment policies during his years in government.

The International Association for Impact Assessment, which represents more than 1,100 environmental assessment practitioners and other members, said Monday that it does not condone Dr. Mwiya’s behaviour “as it directly contradicts our code of conduct.”

UNESCO, the United Nations agency in charge of World Heritage sites, said in December that it was “following with attention and concern” the ReconAfrica oil project, as it could affect the Okavango Delta and another World Heritage site in the region.