Canadian Pacific Railway Ltd. reported a small decline in third-quarter profit and a 4-per-cent rise in revenue on Wednesday, even as overall North American rail freight volumes decline amid an uncertain economic outlook.

Calgary-based CP said profit for the three months ended Sept. 30 was $618-million, compared with $622-million in the year-ago period. Measured on a per-share basis, profit was up by 3 per cent to $4.46, owing to a drop in the number of outstanding shares. Revenue rose to $1.98-billion. Analysts had expected per-share profit of $4.48 and revenue of $1.99-billion, according to Bloomberg.

On a conference call with analysts, CP chief executive Keith Creel declined to offer a forecast for 2020, but said he sees a “clear path to growth.”

“We see an opportunity to move more freight and drive more earnings,” he said.

In addition to economic uncertainty, CP said it faced a range of headwinds that weighed on freight volumes in the quarter, from wet weather that delayed the grain harvest to prolonged contract talks among sellers and buyers that slashed the amount of potash shipped by 15 per cent. CP’s operating ratio, a measure of costs compared with sales, improved to 56.1 per cent.

CP released its results after markets closed on Wednesday, a day after Montreal-based rival Canadian National Railway Co. cut its full-year profit forecast and said a weakening economy will hit freight volumes. CN has idled railcars and locomotives, and given up leased office space in Montreal, which helped boost third-quarter profit by 8 per cent as revenue rose by 4 per cent.

CP said it expects 2019 freight volume growth in the low single digits, and is standing behind its forecast for double-digit growth in adjusted per-share profit.

Growth in global economies is slowing, led by a softening U.S. manufacturing sector. Trade tensions and tit-for-tat tariffs have hurt exports from the United States, China and other trading partners, which has slowed the flow of goods, and threatens to dampen consumer spending as tariffs show up in retail prices.

The International Monetary Fund last week cut its 2019 outlook for global economic growth to 3 per cent from 3.3 per cent, the lowest since the economic crisis of 2008-09. For 2020, the IMF reduced its forecast to 3.4 per cent growth from 3.5 per cent.

Much of the decline in economic growth is due to a rise in uncertainty over trade policies, said Nariman Behravesh, chief economist of consultancy IHS Markit, pointing to the group’s research that found the doubts have caused U.S. businesses to slash capital spending by US$100-billion.

“The pain is concentrated in the manufacturing sectors, where the exposure to trade is the greatest,” Mr. Behravesh said.

Canadian railways have narrowly avoided the slump in freight demand suffered by their U.S. rivals. The combined freight volume of CP and CN is up by less than 1 per cent over the first 42 weeks of 2019, compared with the same period a year ago, according to the American Association of Railroads, which includes the railways’ U.S. operations. However, five of 12 freight types are down, and oil is the only category that has grown by more than 2 per cent, posting an increase of 21 per cent.

CP’s revenue ton miles for the three months ended Sept. 30 declined by 1 per cent, according to preliminary data from CP, while carloads increased by 1.4 per cent. In comparison, Virginia-based Norfolk Southern Corp. on Wednesday said revenue in the third quarter fell by 4 per cent to US$2.8-billion as freight volumes slumped by 6 per cent.

Freight carloads hauled by U.S. rail companies have fallen by 4.2 per cent over the same period. With the exception of oil (up 15 per cent) and chemicals (flat), every category of goods is lower. The decline is led by a 7-per-cent drop in carloads of coal, the biggest category for U.S. railways. 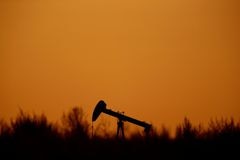 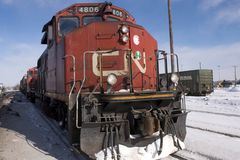 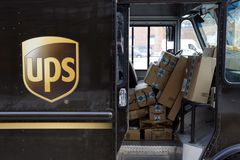