CP said fourth-quarter earnings a share jumped 41 per cent to a quarterly record of $4.55, and revenue reached $2-billion. The results topped analysts' expectations, according to Bloomberg, and CP shares climbed 2 per cent in after-hours trading. The company’s closely watched operating ratio, a measure of cost, improved to 56.5 per cent.

“We set records across many lines of business in 2018, including Canadian grain, potash and domestic intermodal [containers],” Keith Creel, CP’s chief executive officer, said in a news release. “2018 was a record by almost every measure.”

Canada’s major railroads are enjoying strong demand for shipments of a host of commodities and other products, but the companies sometimes strain to keep up with customer orders. That has led to conflicts with some producers who say their shipments aren’t moving fast enough.

Shipper complaints about slow rail service from all carriers on B.C.’s Lower Mainland has sparked an investigation by the Canadian Transportation Agency (CTA). The regulator will hold a hearing, the first of its kind under new powers gained last year, in Vancouver on Jan. 29 and 30 after the railways halted shipments of pulse crops, wheat, pulp and paper on at least three occasions since the end of November.

Volumes for the railway sector were better than expected in the final three months of 2018, which should drive strong financial results for the major rail carriers, said Fadi Chamoun, an analyst at Bank of Montreal. In a note to clients, he pointed to “benign” weather, improving operating performances and the abilities of railways to raise shipping charges.

CP said last week that it takes “great exception” to being included in the investigation, noting it broke its own record for Vancouver grain shipments in November.

CP said heavy rain in late November and December slowed grain movements, as did congestion on CN’s line to Vancouver’s North Shore terminals and at an interchange in New Westminster.

Montreal-based CN said its shipments in the port rose by 10 per cent compared with the year-ago period. The carrier said the investigation should look at the many players in the supply chain, and what effect rain and high winds had on ship timetables.

The CTA said the three-person panel will examine whether railways are giving special treatment to certain commodities, how shipping restrictions are used, and if the rail companies are meeting their service obligations.

Natashia Stinka, a spokeswoman for Canpotex Ltd., said the potash exporter, which relies on CN and CP, has been concerned about delays and congestion in the Vancouver area “for some time.”

Derek Nighbor, head of the Forest Products Association of Canada, said pulp mills were told by the railways on three occasions in late November through mid-December that their cars were being halted. This forced the companies to pay extra costs for trucks, storage and additional rail-car fees. Mr. Nighbor said the total price of the winter rail slowdown has not been calculated, but poor rail service had already cost the companies he represents $500-million in 2018.

Mr. Nighbor said he is keen to see the CTA determine where in the supply chain the problem lies and what can be done to solve it, through infrastructure investments or operational changes.

“It wasn’t all commodities caught up in this and I’m interested in understanding why,” Mr. Nighbor said by phone. “We need a diagnostic. This is the second year in a row this has happened.”

The transportation slowdown came as grain shippers rushed to get the fall harvest to overseas buyers and follows a similar bottleneck in 2017-18, when congestion reached farther east. The slowdowns drew rebukes from the federal government and a range of shippers, and were linked to the departure of CN’s top executive. CN is scheduled to report its financial results on Jan. 29. 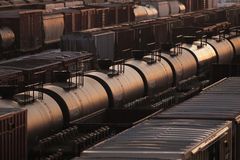 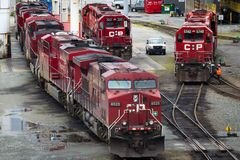